GeneMusiK rides Again! <scroll to the end of this page for new stuff>

The GeneMusiK project had its origins in 2003 during a three month Artist in Residence hosted by the SymbioticA lab at the University of Western Australia.  At that time I worked in the Department of Agricultural Sciences with Dr Gary Cass on the conceptual and biological framework of a system that would allow music to be encoded into DNA sequences. This genetic material would subsequently be re-mixed within the plasmid DNA of bacteria and eventually be re-sequenced as altered DNA sequences that would represent equally altered musical notation. 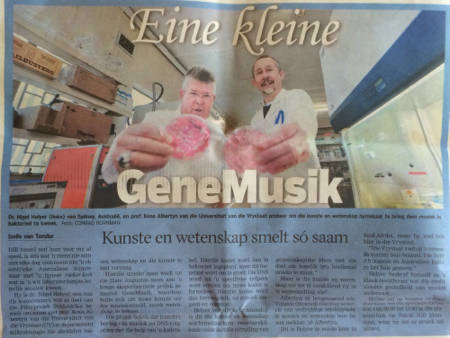 The intricacies of micro-biology aside, these early experiments promised interesting results but ultimately the project ran out of time and money and was put on ice – quite literally at minus eighty degrees Celcius!

A fistfull of Dollars-Microbiology is an expensive hobby!
An image from the original GeneMusiK research. 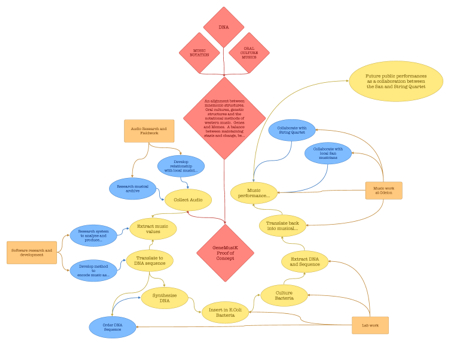 However during the subsequent years often thought to pick up the traces again, as the concept of drawing together the mnemonic structures of DNA, musical notation and other cultural memes was intriguing.

In 2013 I was invited to develop the GeneMusiK project for a second Artist in Residence at the University of the Free State in Bloemfontein, South Africa, with a view to experimenting with the process and establishing working relationships within the University and within the wider community. 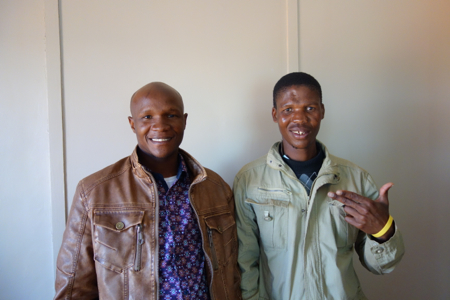 The long term aim being to produce a performative work for the Vryfees festival in the following year 2015. 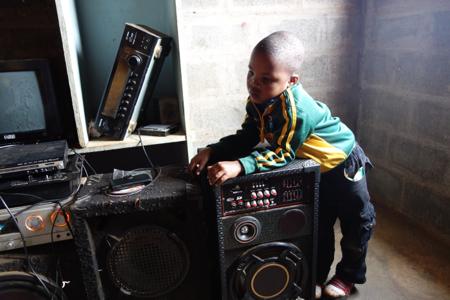 The young Master turns an ear to the proceedings.

The current experimentation with GeneMusiK ~ takes a fresh look at the original proof of concept project developed in 2003.

The metaphors of Genes, Memes and Dots as mnemonic structures capable of evolution and embodiment prompt GeneMusiK to create a re-mix of cultural, social and biological pathways, by hybridising local african music with the epitome of the western musical tradition (the string Quartet) via the transformations of musical and genetic codes within Bacterial cultures.

Platfontein – arid is not the word!

The project operates between the MicroBiology Labs and the Odeion School of Music and with an outreach to the musical culture of the San community who live in a re-settlement camp some two hour drive to the west, near Kimberly in the Northern Cape. 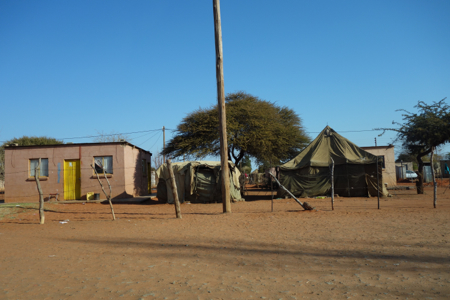 The residency has allowed me to ‘road-test’ the various components that together form the complex chain of transformations that take audio field recordings (in this case of San musicians) via musical notation, into DNA and then into Bacterial to be extracted and ultimately rendered as scores for musical performance. 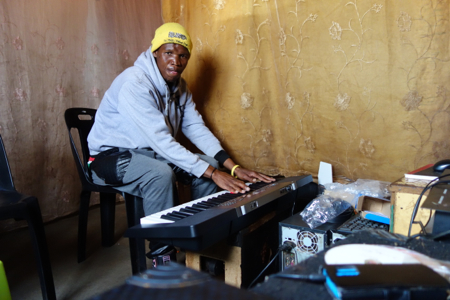 Due to the relatively short duration of the AIR (six weeks) I have chosen to run the various stages of the overall process in parallel, developing methodologies and forming working relationships simultaneously. 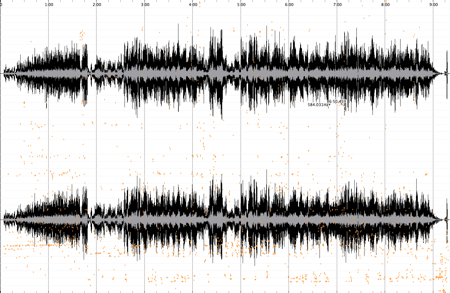 For the first full cycle I selected a unique early transcription of San music discovered in an explorers publication from 1810. 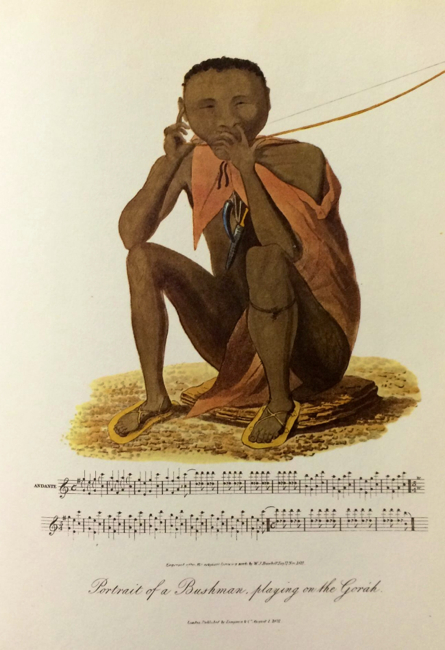 1810 illustration of a San bushman playing the mouth bow.

W.J. Burchell was a polymath, scientist, botanist, musician and intrepid traveller and it was in his Travels into Southern Africa that I came upon an illustration of a seated San bushman playing a mouth bow, accompanied by a musical transcription (Burchell played the violin). See a three page extract from his book at the end of this page, describing the bushman musician and instrument.

Using this simple score as a source a DNA sequence was generated and the action of restriction enzymes used to fragment the DNA code.  The re-assembled fragments generate a different sequence and this was used to create a parallel musical score. 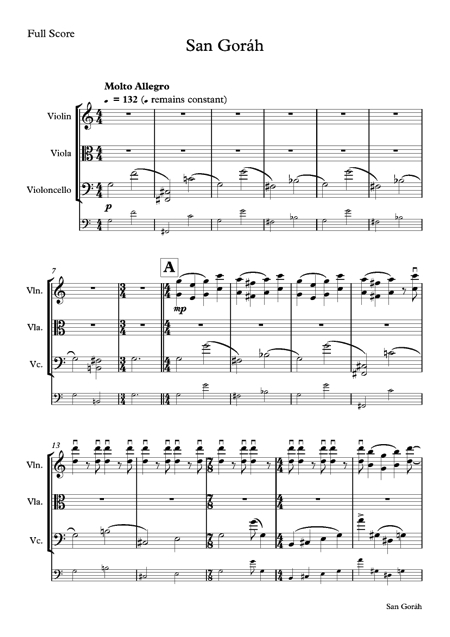 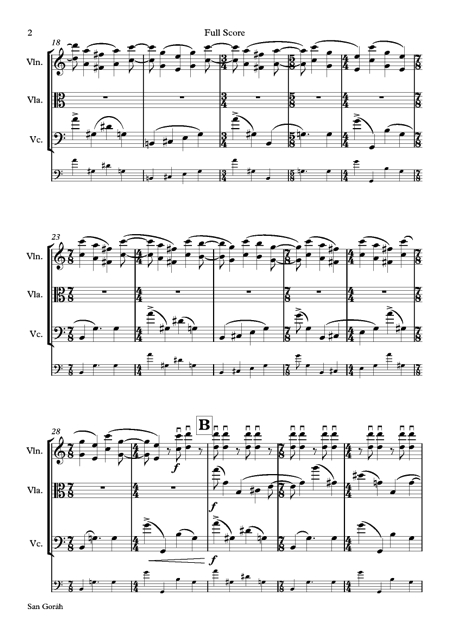 The first two pages of the DNA score hybridised with the 1810 transcription.

In the final stage the two scores are merged into a composition and given to the Odeion String Quartet to play.  The initial result, a complex and challenging work, certainly not easy listening!

First play through of a difficult DNA score! 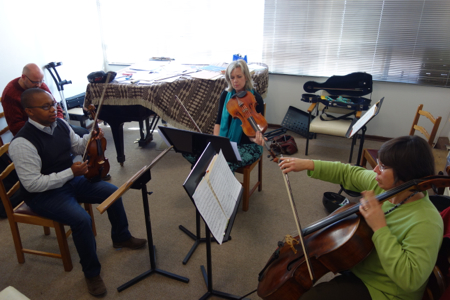 Members of the Odeion String Quartet rehearse a test score. 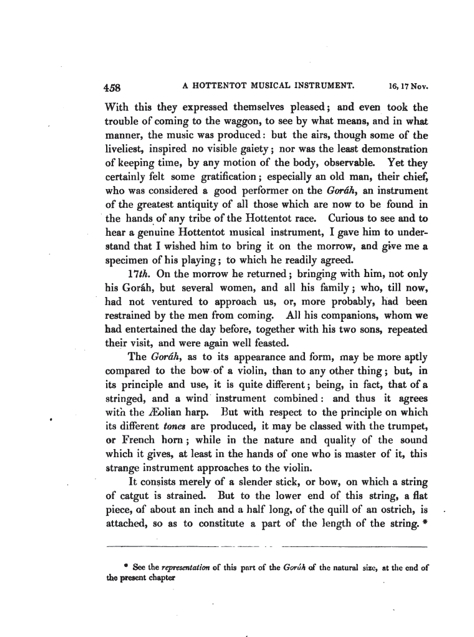 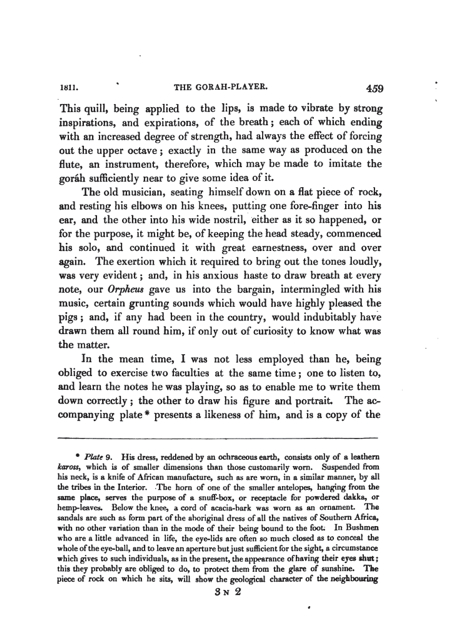 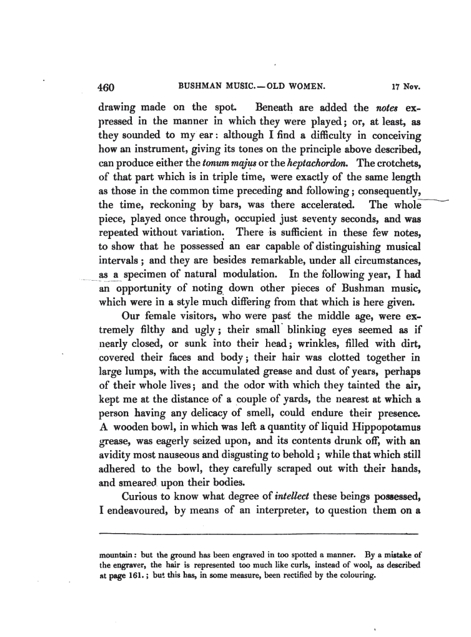 In 2016 I was invited by Dr. Luis Graca the director of the Immunology Laboratory of the Instituto de Medicina Molecular in Lisboa, Portugal to attempt a new version of GeneMusik. 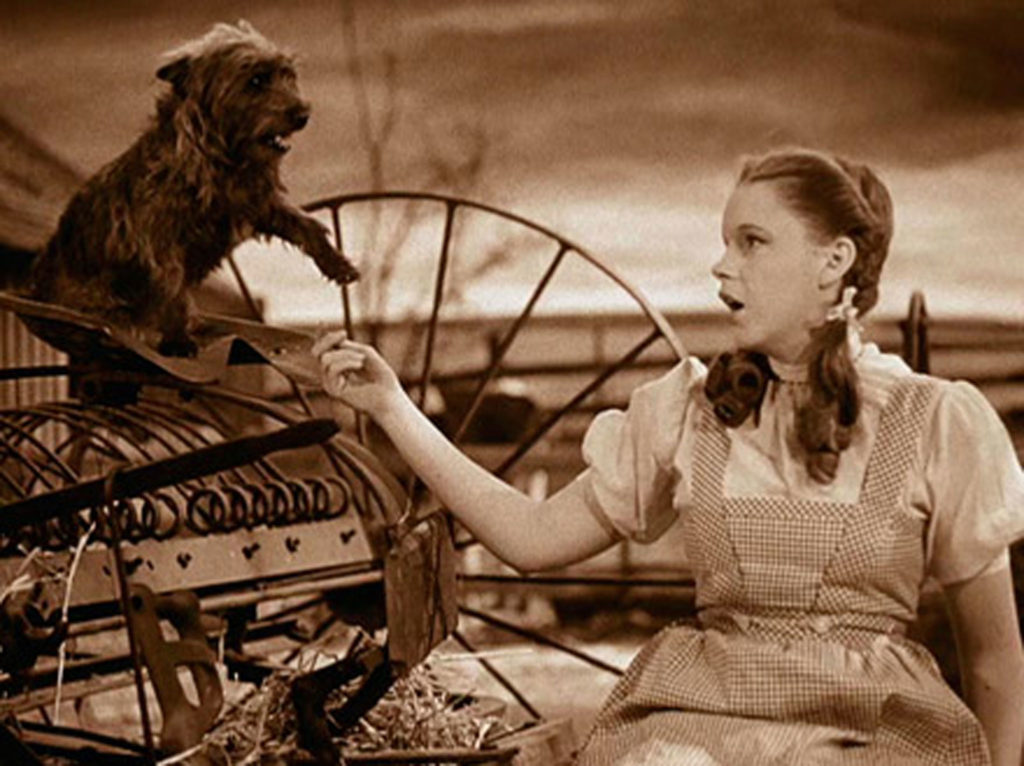 Working with scientists in the laboratory we converted the simple score of “Somewhere over the Rainbow” (as featured in the Wizard of Oz). Our first attempts to design a functioning conversion table, capable of converting individual notes to DNA codons, failed as the lab found the DNA clotted (due to the highly repetitive structure of the score). I then decided to work at the level of the bar and use the spare codons to designate musical performance instructions.

Here is the bar structure coded as a DNA sequence which was synthesised and inserted into the plasmid DNA of E.Coli bacteria.

And here are the spare Codons employed
for musical performance instructions.

Some time later after growing up the bacterial soup and then subjecting it to various mutational situations we were able to harvest some fifty blocks of DNA – with some being transcribed back into scores and subsequently performed by a singer with piano accompaniment. 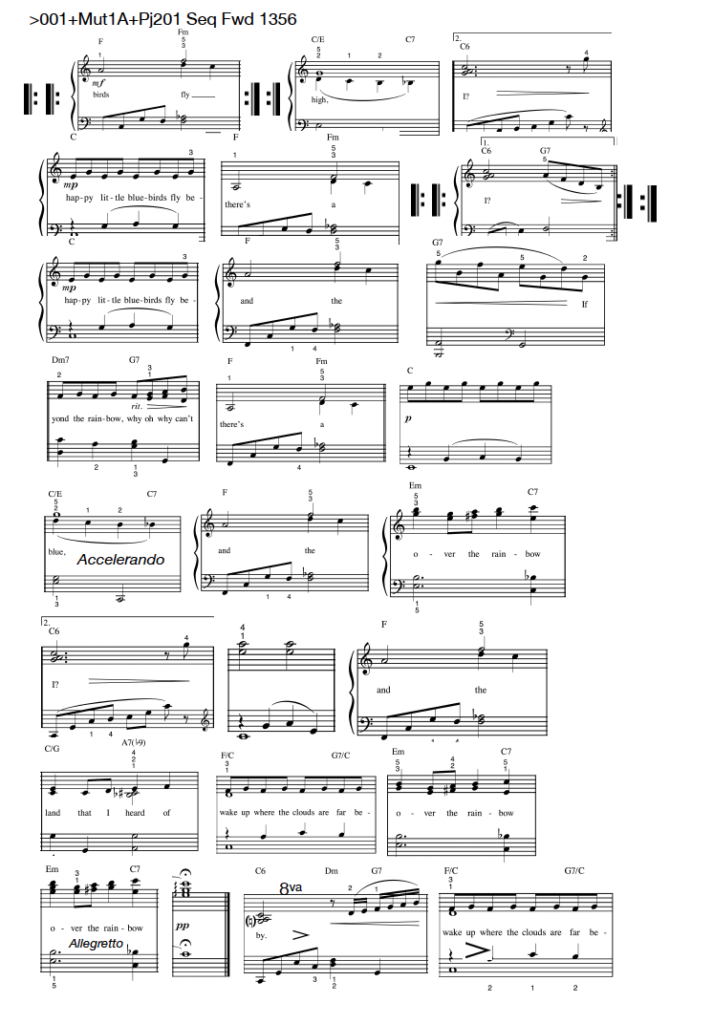 And two of the early performances (a tough gig as they say).