You are here: Home » Everything’s Nice with American Rice

Exhibited.
Everything`s nice with American rice” was installed in Matsudai, Japan as part of the Echigo-Tsumari Trienniale 2003. 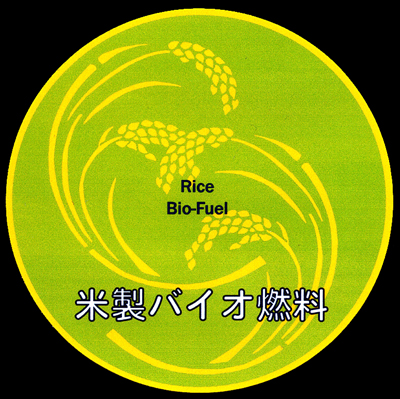 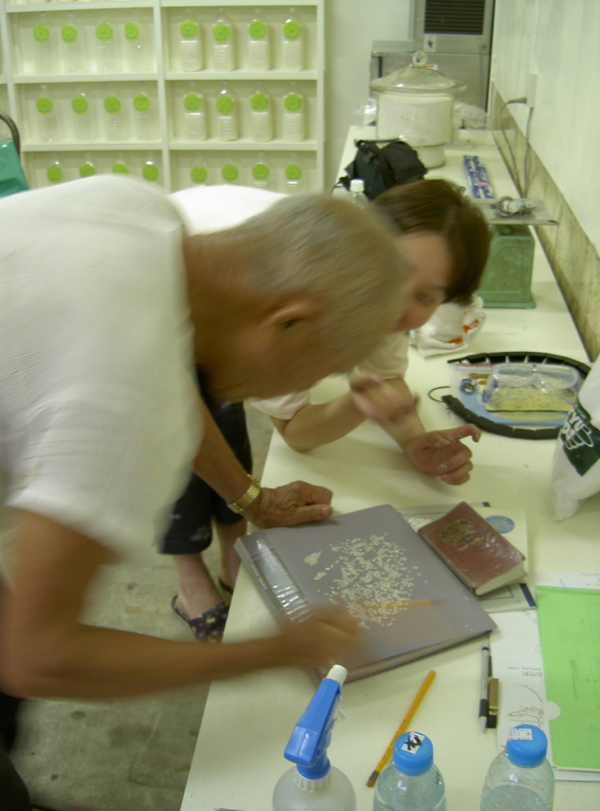 Rice and art have a strong bond in common, both are essential to our well being, both sustain and nourish us in different ways!

The title of this project, ‘Everything’s Nice with American Rice’ is an ironic reference to a 1960’s advertising slogan that formed part of a campaign by the US food industry to penetrate and dominate global food markets. 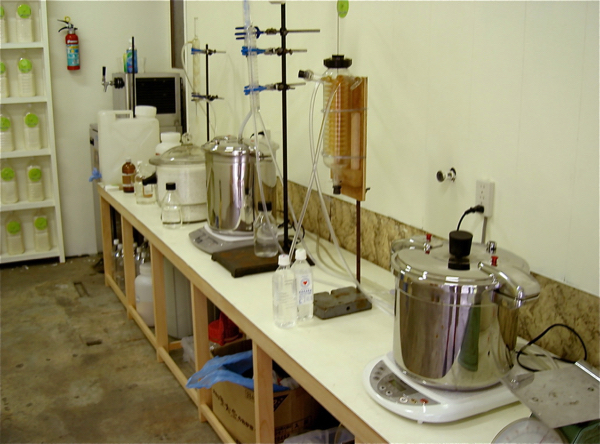 ‘Everything’s Nice With American Rice’ takes a playful but critical view of the globalised trade in commodities by proposing a radical “green” solution to the so called free-trade agreements which promote the importation American rice into the Japanese rice economy. 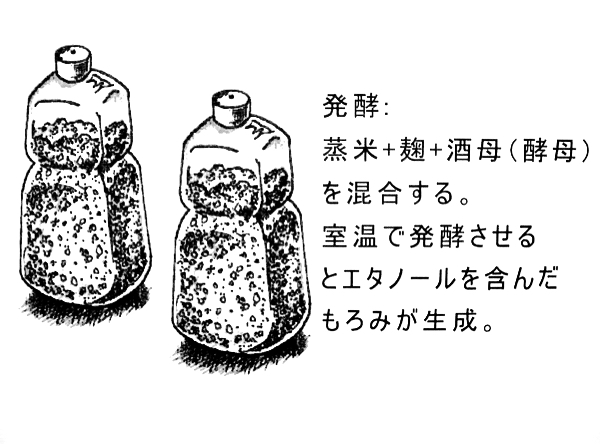 This project proposes an interlocking triangle whereby imported rice is converted into “Bio-fuel” (ethanol) that, in turn is used to power local rice cultivating equipment to produce Japanese rice, whilst at the same time reducing the reliance upon imported fuel oil. 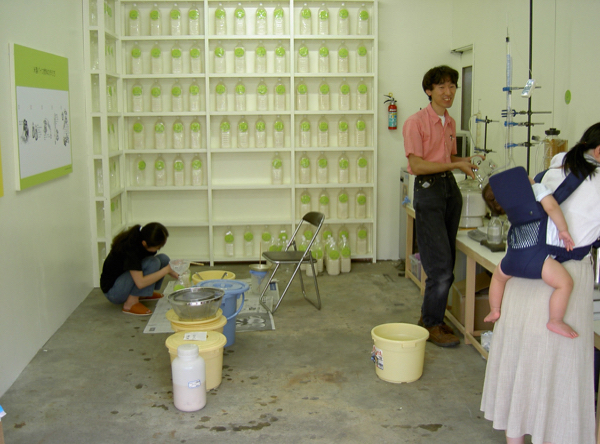 A small shift in thinking, a modest action, but one, which illustrates the possibility of re-working the gridlock of multi-national economics with a local version of freedom of choice and direct action that combines aesthetics and economics! 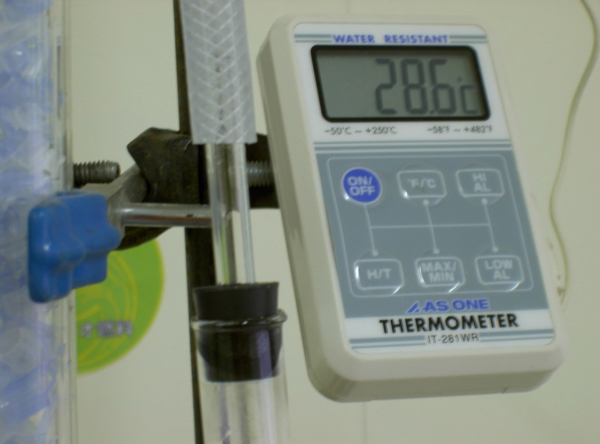 Geo-Politics – Global/Local
It is both necessary and possible to move away from a global economy dominated by non-renewable resources and to creatively develop local systems that are sustainable, ethical and economically viable. 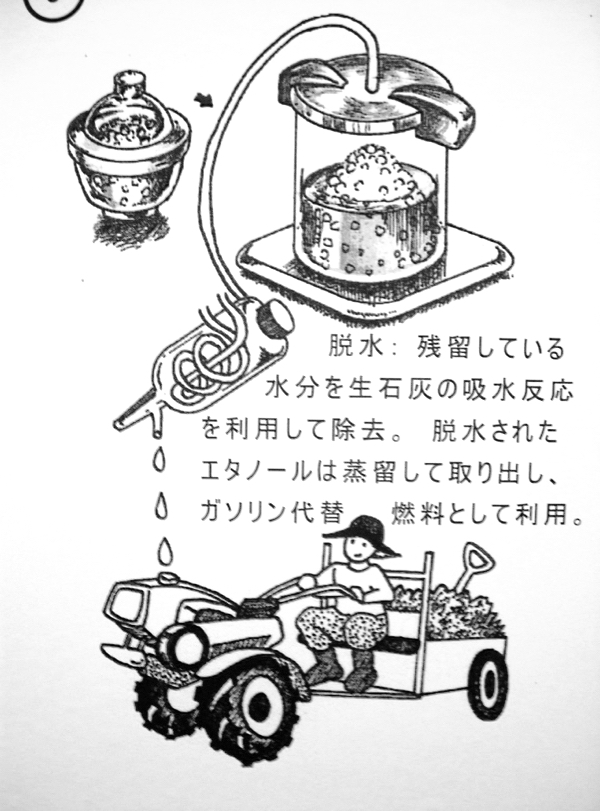 Bio-Mass = Bio-Energy
Our food provides us with energy. In particular, foods such as rice are high in carbohydrates that are readily converted to sugars. We can also think of this energy source as fuel, able to power tools and vehicles. Bio-Energy sources such as solar power and Bio-Fuels are sympathetic to the natural and agricultural world and do not result in the environmental, economic, political and military disasters associated with the oil industry. 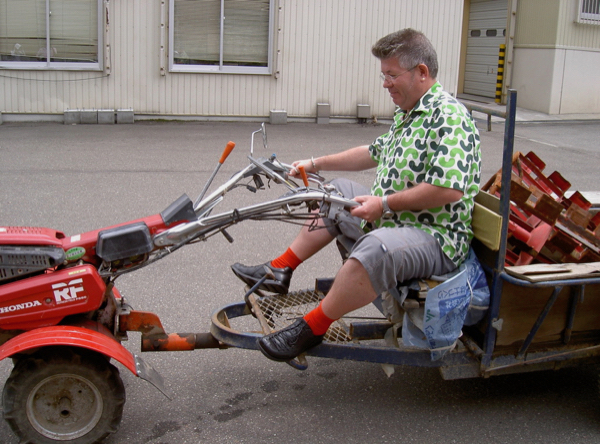 Re-Cycling
Ultimately all biological energy comes from the Sun and plant systems are extraordinarily efficient at converting solar radiation. Fossil fuels, which are extracted from a finite reserve of ‘condensed’ plant energy, are being depleted at an alarming rate, principally to serve the industrial expansion of a limited number of countries. By contrast, Bio-Fuel systems can be designed to maintain a sustainable level of energy, balancing input and output in the agricultural system. 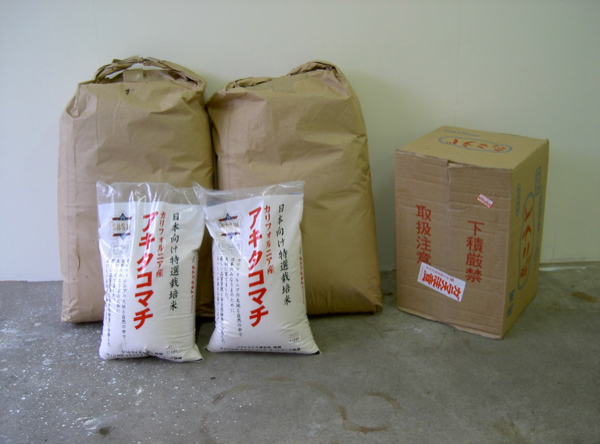