The Past is our Future; The Future is our Past.

You are here: Home » The Past is our Future; The Future is our Past.

The exhibition The Past is our Future; The Future is our Past is the outcome of an Artist in Residence with the Broken Hill City Art Gallery undertaken during 2021 and 2022 (with several interruptions by Covid19). The project builds on my longstanding relationship with the mining boom town and its layered history. The project – and this exhibition – are multimodal, spanning installation, audio, sculpture, text, and digital outcomes. Through a deep engagement with community members, groups, and geographical sites the work investigates and critiques the emergence and importance of history in the contemporary life of Australia’s first designated Heritage City. 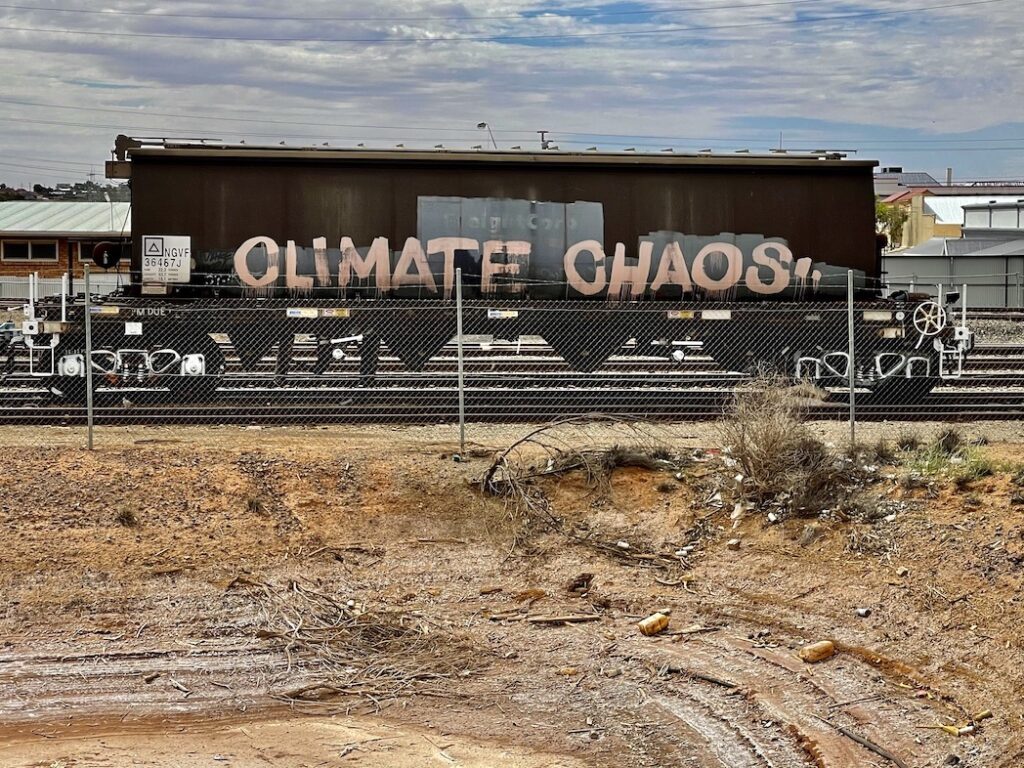 The project comprises three main elements; The Balance Sheet, a sound-sculpture installation that brings together the sounds of the Barrier Industrial Unions Brass Band pumping out renditions of the Red Flag and the Internationale whilst four men trade stories of the unfortunate deaths of fellow miners. Two large fans remind us of the noisy and ofttimes suffocating conditions of underground labour as large black and red flags waft across a blackboard presenting the current commodity prices for metals. 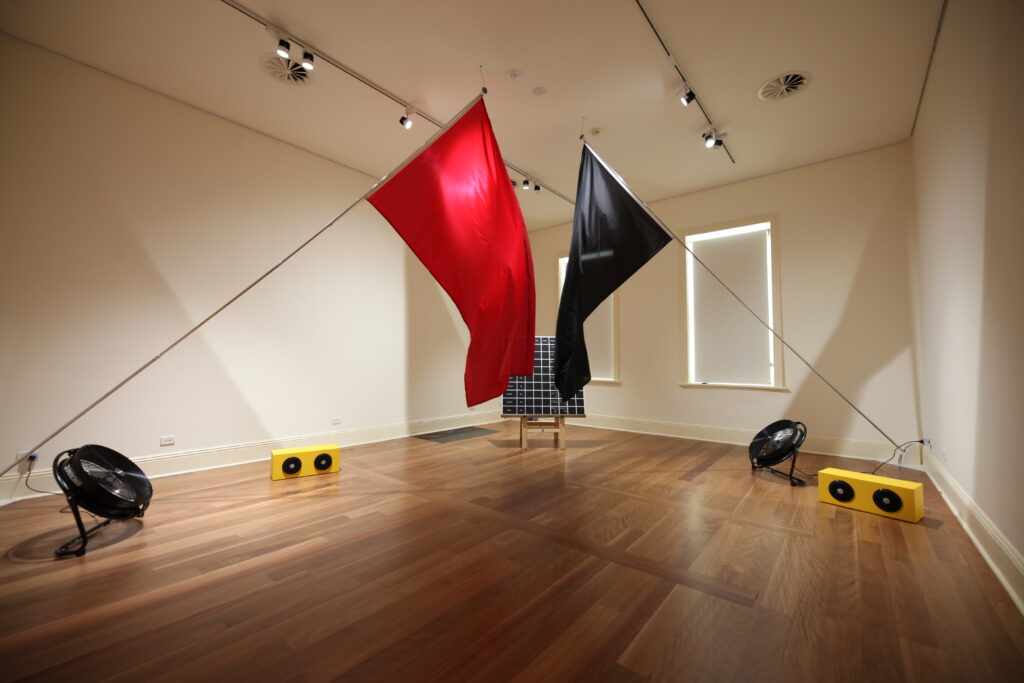 Here is a short animation with the full soundscape.

In the adjoining gallery, the more light-hearted Broken Hill Street Plan-B presents a wall-sized chalk-drawn map of Broken Hill, only all the street names have been changed and replaced with elements from the Periodic Table (as befits a City whose rationale is digging minerals up). The only names that remain are the thirty-two streets that were originally named after chemicals (such as Oxide St, Silver St, Bromide St, etc). The wall map is augmented by an A1 printed map of the city which carries a series of stories on the obverse. A short sample:-

“Naming places in such a direct relationship to the principal mining activities of the town struck me as being at once an obvious but also inspired idea—and to me all of the other streets, the Mayors, and Shrubs were rather disappointing! Why not, I thought, take the opportunity to completely embrace the identity of the mining town and fuse it with the bare bones of the earth? So here is a modest proposal—a re-orientation to the elements and minerals from which everything is constructed; the minerals that are the lifeblood of the town and which are even the building blocks of our own bodies. And so we have Broken Hill Street Plan-B. The first City on the planet to pay full homage to the minerals beneath its streets! 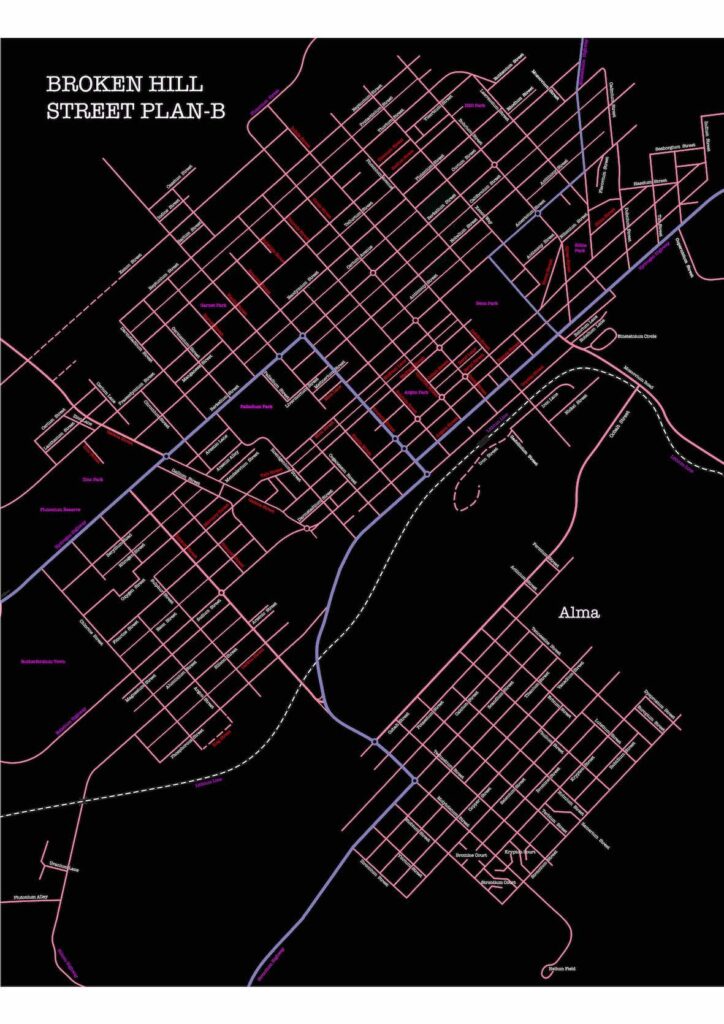 The MotherLode is represented in the gallery by a series of brightly coloured QR codes laminated on aluminum panels. These lead to a series of short animated satellite images of terra-formed landscapes. This series is a critique of settler culture’s unchanging attitude toward the Australian landscape as a basic resource to be extracted and exploited, virtually regardless of the environmental and cultural consequences, which is compounded by the economic uncertainties of foreign ownership and unreliable returns to the Commonwealth. 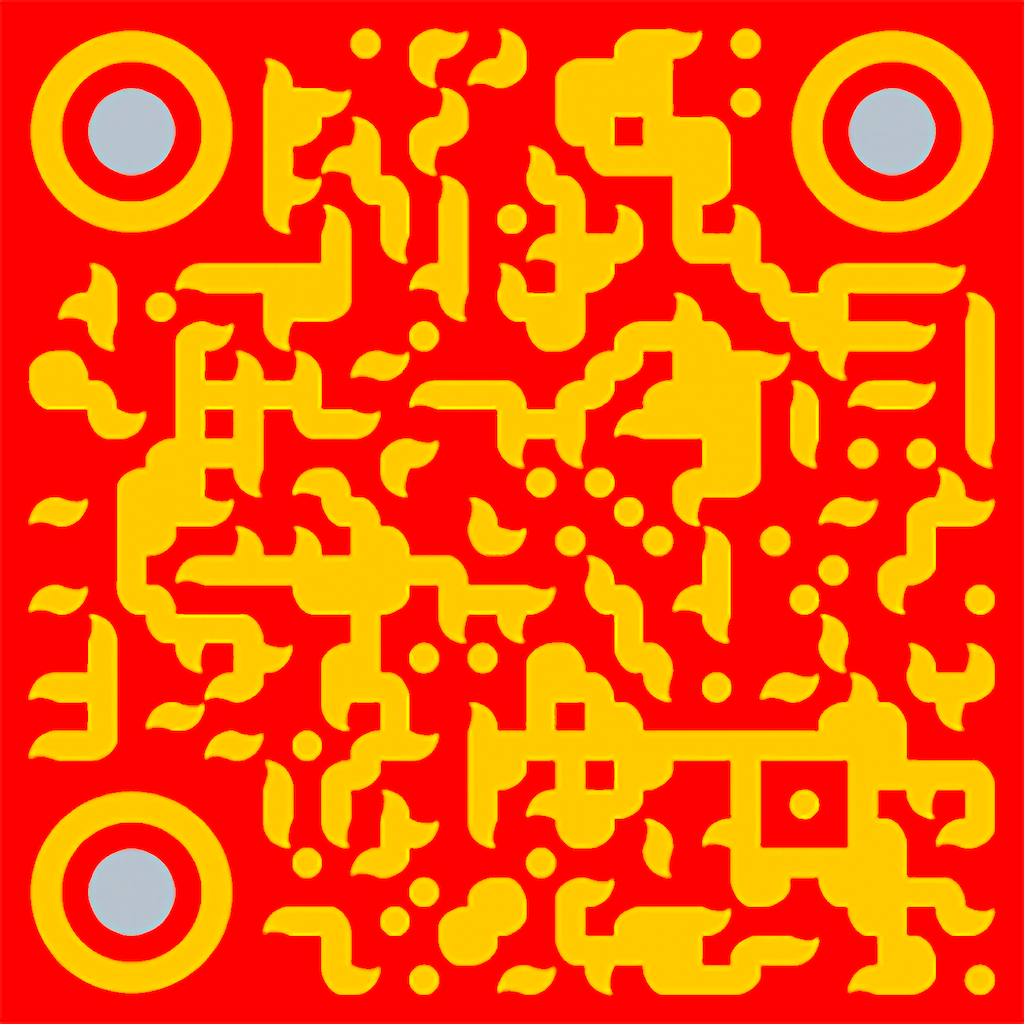 The MotherLode is also manifest in public and social spaces as a series of twenty-five large postcards, and in sets of twenty-five beer coasters and stickers distributed to local pubs and cafes.