You are here: Home » BioPods_V2 The Nebuchadnezzar Suite

BioPods_V2; The Nebuchadnezzar Suite is the second contribution from the Where Science Meets Art ARC project to the Bundanon Trust SiteWorks programme.  The thematic for Siteworks 2015 is Feral and the three Biomorphic sculptures can be considered as Biology turned feral as Sculpture or naturally Sculpure turned feral as Biology. 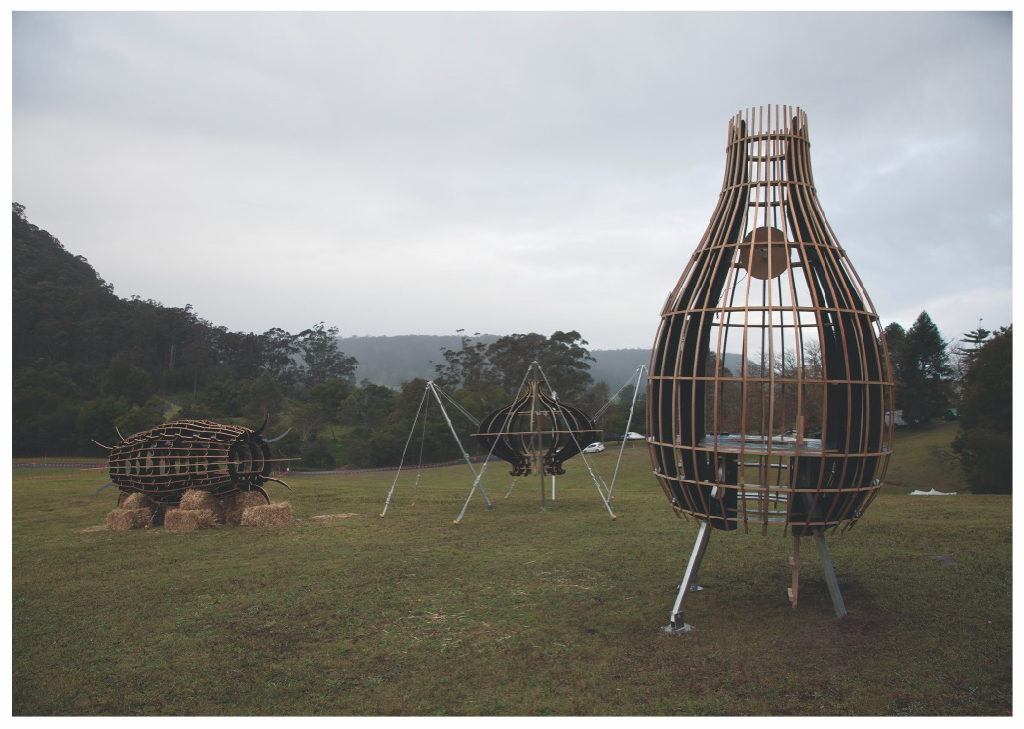 The works on the hill at Riversdale

Each of the works is designed to be inhabited, standing, sitting and laying down and each form is provided with a solar powered audio resonator system that spins the narratives (shown below). 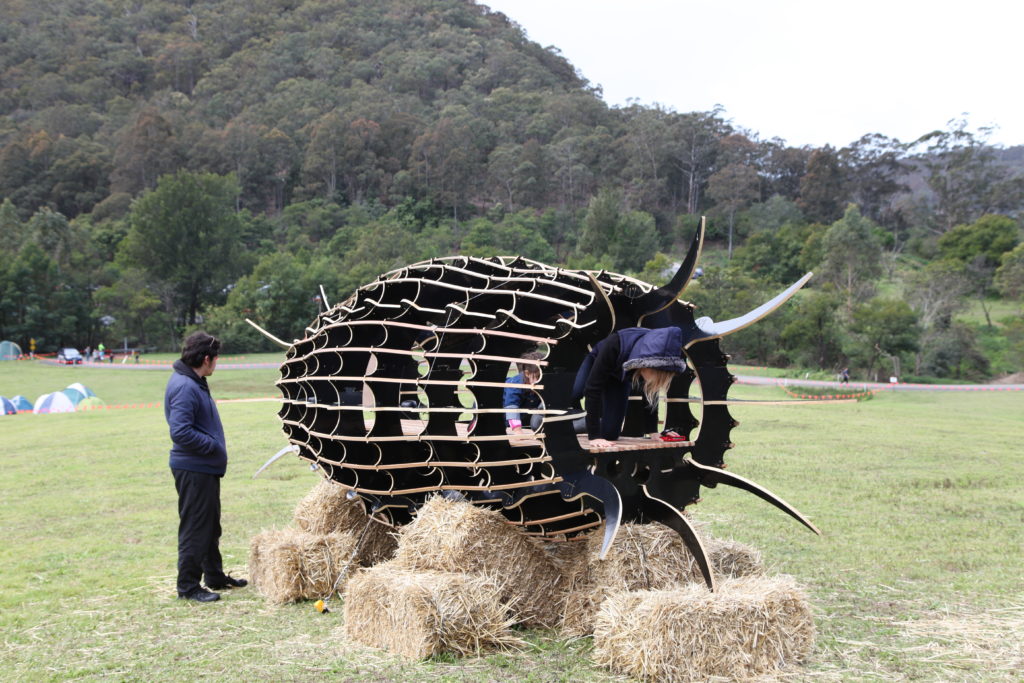 Visitors are required to crawl on all fours to enter the works – emulating the pose of the savage Nebuchadnezzar. 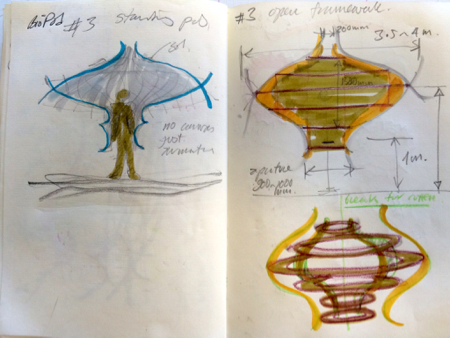 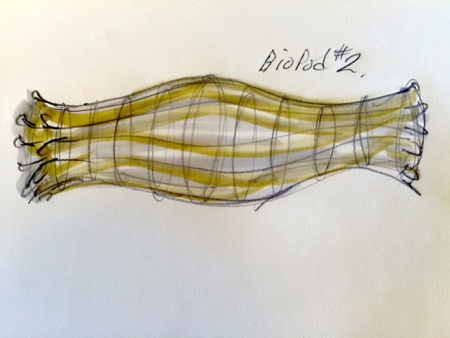 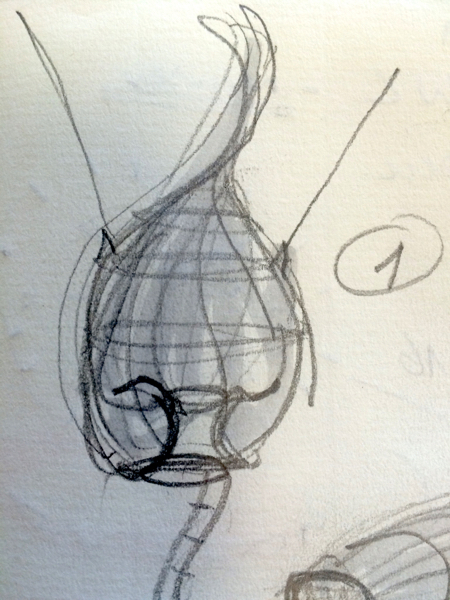 How it all starts off!

The orientation and motivation of the work is drawn from the large series of Arthur Boyd paintings depicting Nebuchadnezzar, a Babylonian king of overarching military ambition who for a period of seven years was outcast into the wilderness to live as an animal, re-wilded if you like as a form of rehabilitation and redemption. 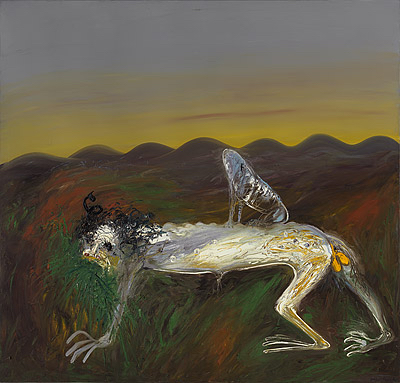 One of Boyd’s many Nebuchadnezzar paintings. 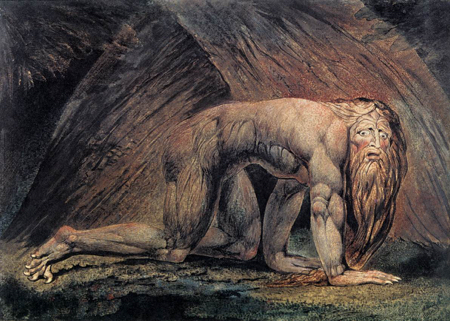 The Ur-image of Nebuchadnezzar by William Blake.

Sadly from the historical record this period of humility did not have much affect on the King who returned to his chauvinist despotism. 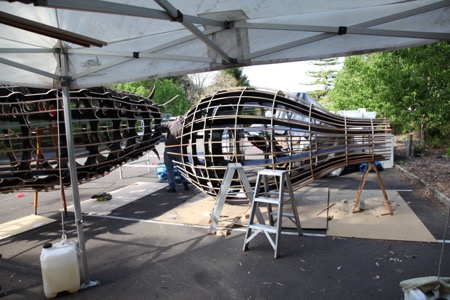 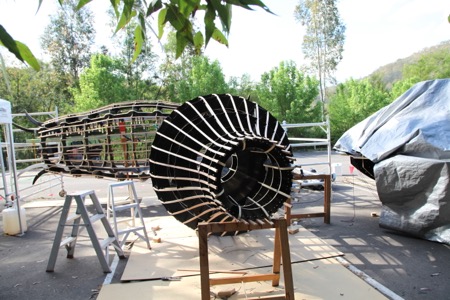 Assembly, like an IKEA flatpack but without diagrams or allen key! 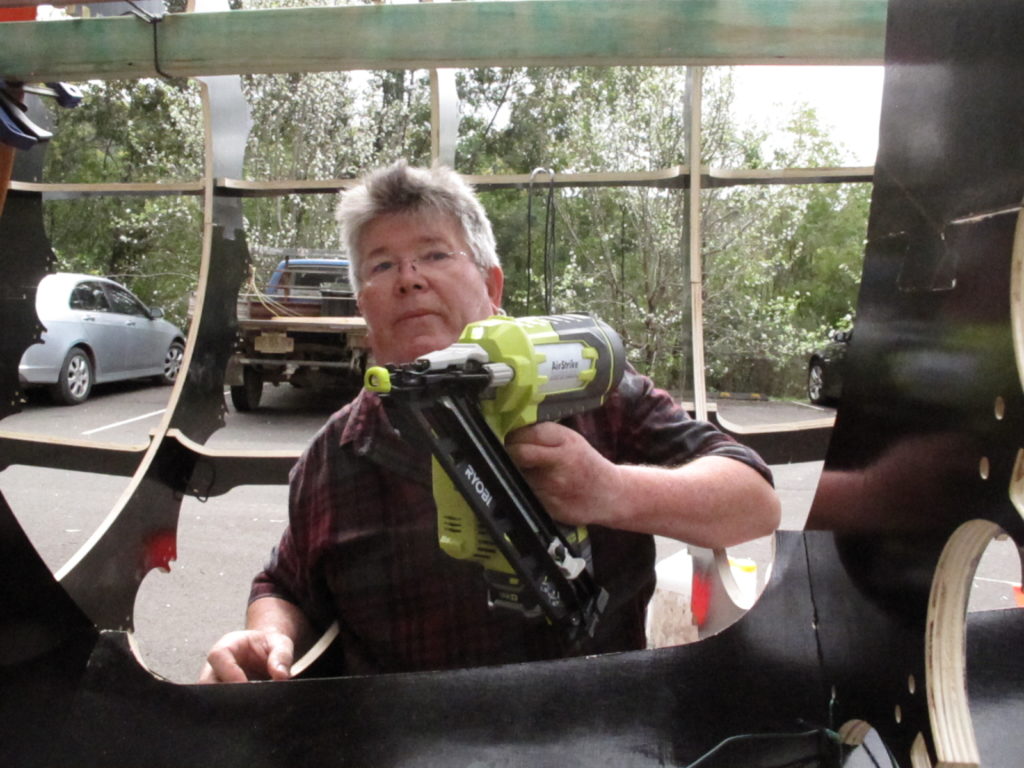 Of course history (even ancient history) abounds with tales of Hubris.

I met a traveller from an antique land
Who said: “Two vast and trunkless legs of stone
Stand in the desert. Near them, on the sand,
Half sunk, a shattered visage lies, whose frown,
And wrinkled lip, and sneer of cold command,
Tell that its sculptor well those passions read
Which yet survive, stamped on these lifeless things,
The hand that mocked them and the heart that fed:
And on the pedestal these words appear:
My name is Ozymandias, king of kings:
Look on my works, ye Mighty, and despair!
Nothing beside remains. Round the decay
Of that colossal wreck, boundless and bare
The lone and level sands stretch far away. 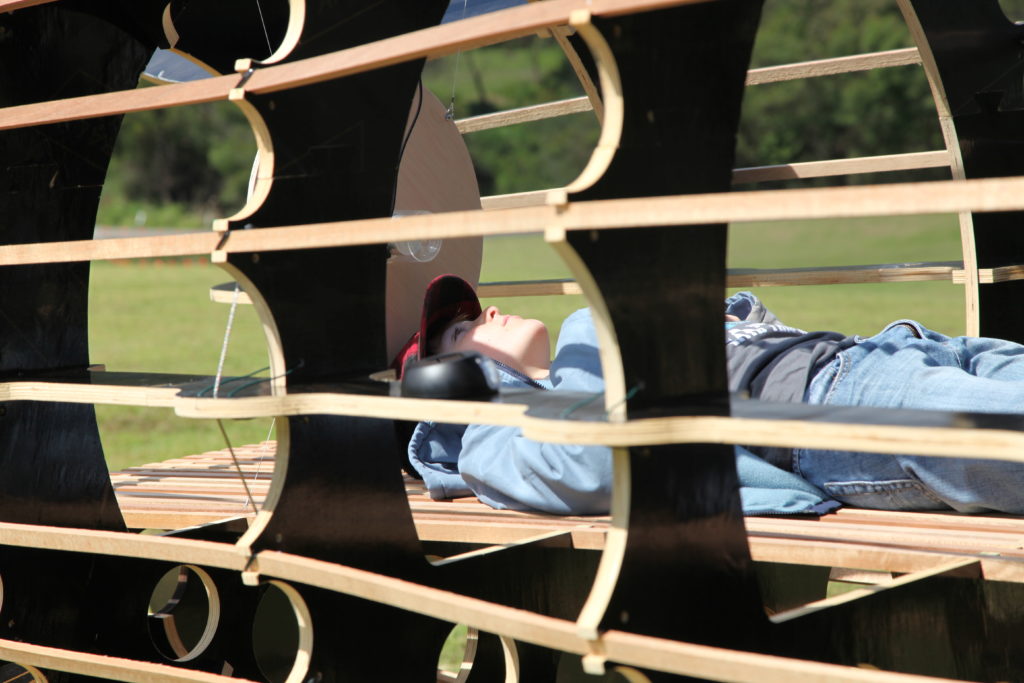 And just one of those travellers!

In a similar vein the over-brimming, warlike ambitions of the Babylonian king Nebuchadnezzar which are related in the Book of Daniel, are counter-balanced by a period of exile in the wilderness, where he becomes as if an animal – a feral being.

The same houre was the thing fulfilled vpon Nebuchad-nezzar,
and he was driuen from men, and did eate grasse as oxen,
and his body was wet with the dew of heauen,
till his haires were growen like Egles feathers,
and his nailes like birds clawes. 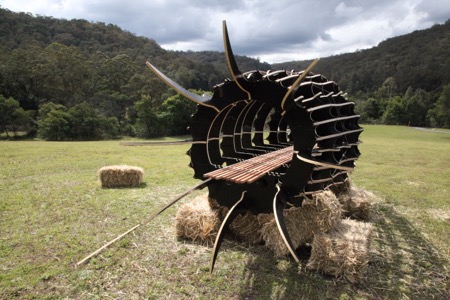 Arthur Boyd painted Nebuchadnezzar in an almost obsessive manner over several years; producing some seventy allegorical works featuring an outcast, tortured figure in a blazing Australian landscape – the human reduced to the sub-human.

A short stereo mix to give a taste of the audio content.

Here are the three narratives for the three BioPod_V2 sound-sculptures. 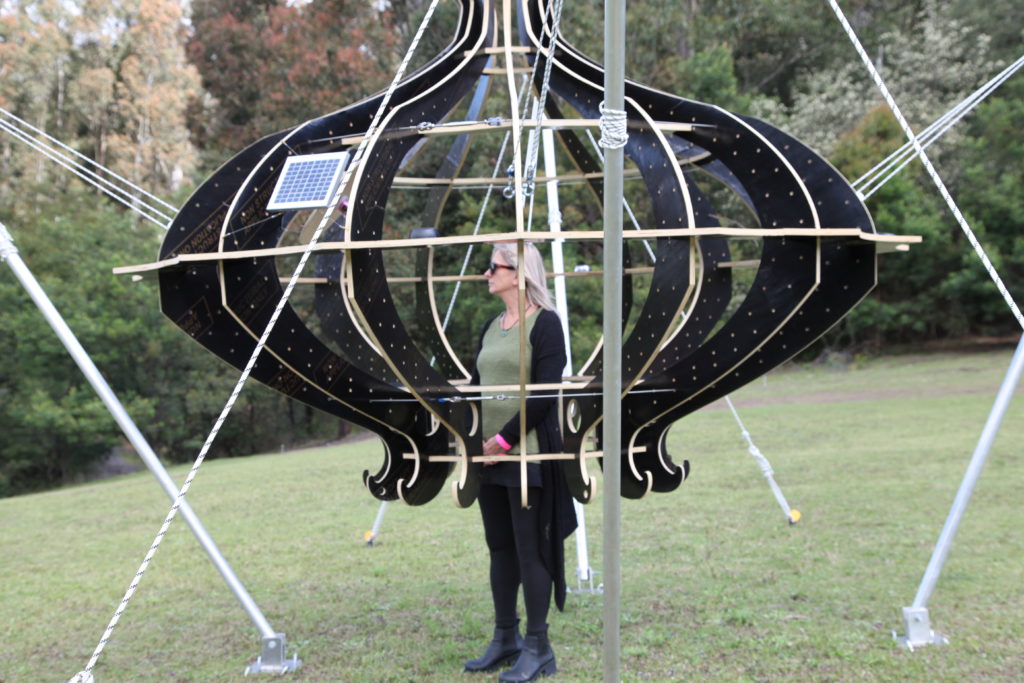 Standing with the King. 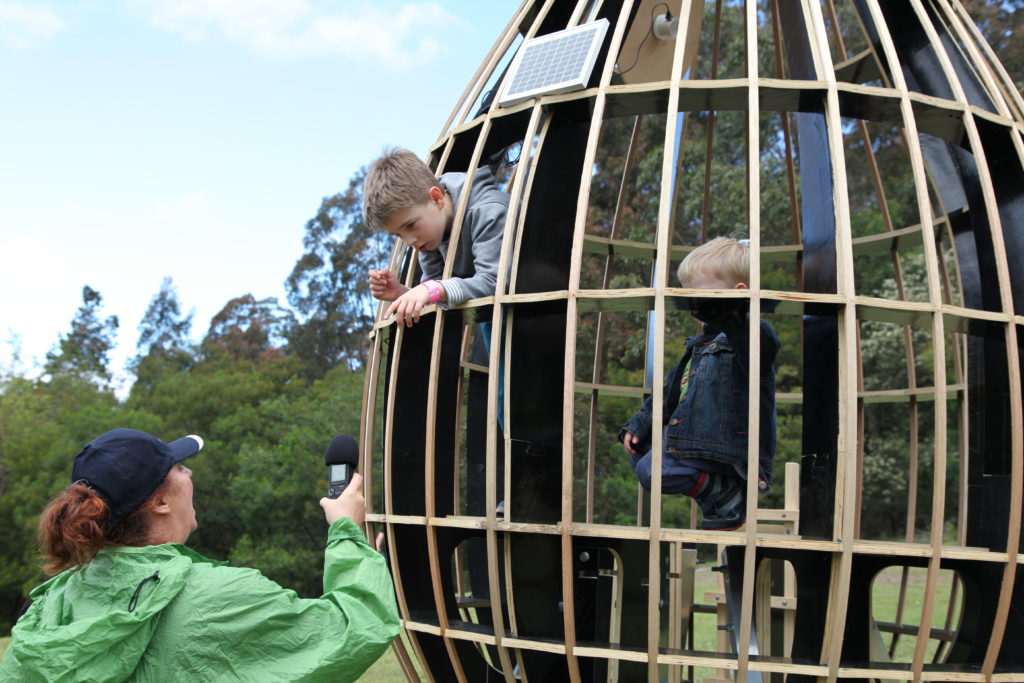 Even the management approved! 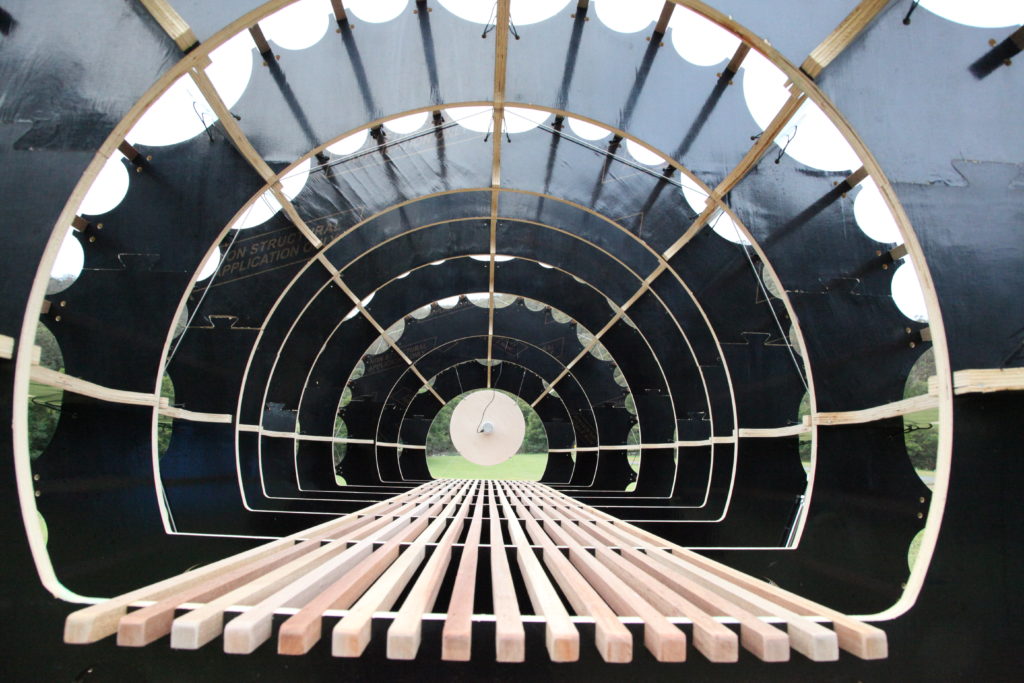 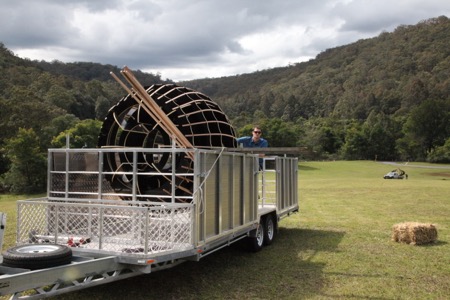 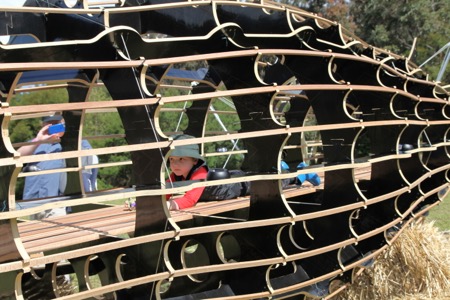 The best way to listen! 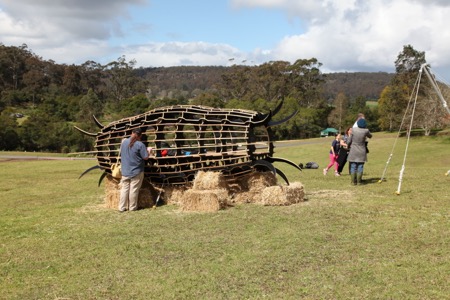 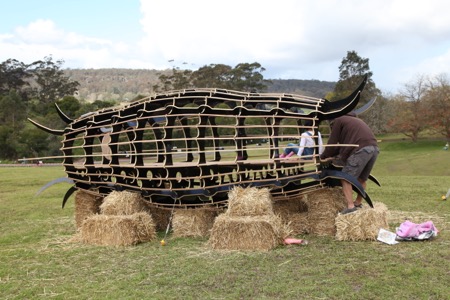 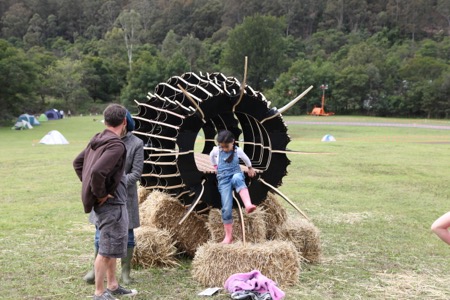 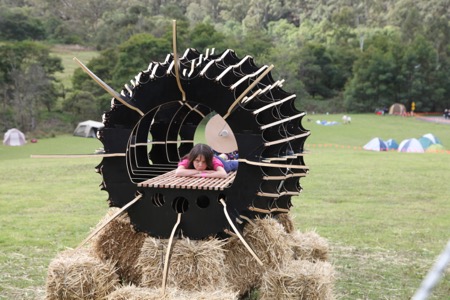