You are here: Home » Leaven

Notes.
A botanical garden puts down its roots towards Eden, a small part of paradise planted on ground with a fair claim to being Eden itself. The garden is in effect a confluence of nature and our interpretation and construction of nature. The garden also boasts a subtle array of means to coax, to nurture and to proliferate – seedbeds, nurseries and plant houses now sub-contract a husbandry on behalf of ‘Mother Nature’. 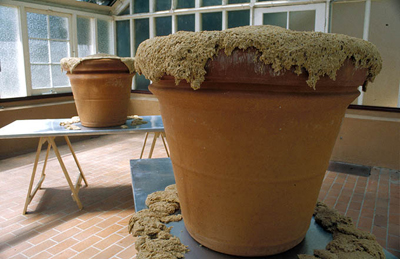 In the “Leaven” project the Palm House is read as just such an incubator – a site within which to experimentally accelerate vegative reproduction. The entire building will host a metropolis populated by bacterial and yeast inhabitants – constantly reproducing, swelling and multiplying – the formless underbelly of botanical growth – the basis of our daily bread – and the horror of uncontrolled micro-biological life forms.

A Gift ~ my village contained two significant architectural structures, significant not for their formal qualities, they were both simple cottages, but because one “Comet Cottage” was named after Halley, the astronomer and the other the home of William Blake the poet. Without being conscious of the fact, I grew up in a cosmos in which the arts and science were intertwined, it has marked my endeavours ever since. 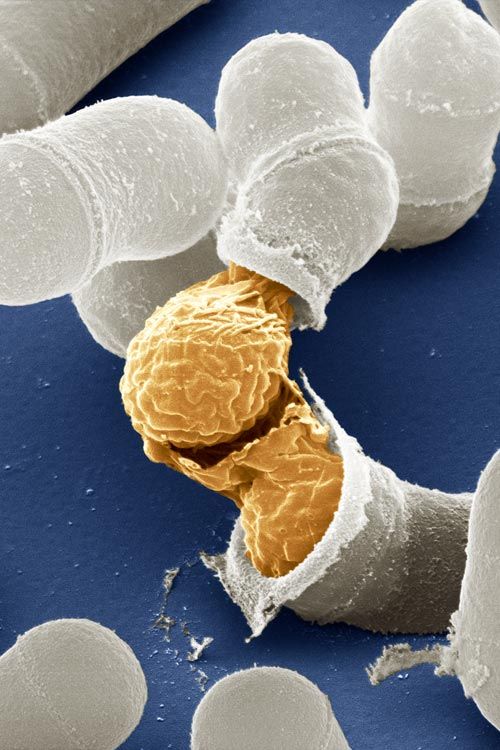 Sourdough ~Traditionally in England and perhaps even more so in New England, Grand-mothers handed down pieces of bread dough to their Daughters and Grand-daughters in an act which is simultaneously simple good house-keeping and a profound illustration of what culture is. Culture here is literally something living, something kept alive for generations (tens of generations in human terms but thousands of generations from the perspective of yeast!). Culture is something, which must be transmitted from one hand to another, from one mind to another and which transcends the identity of the individual to become a commonwealth. Quite remarkably I have discovered a bakers in Sydney where it is possible to purchase a 100 year-old sourdough culture over the counter! 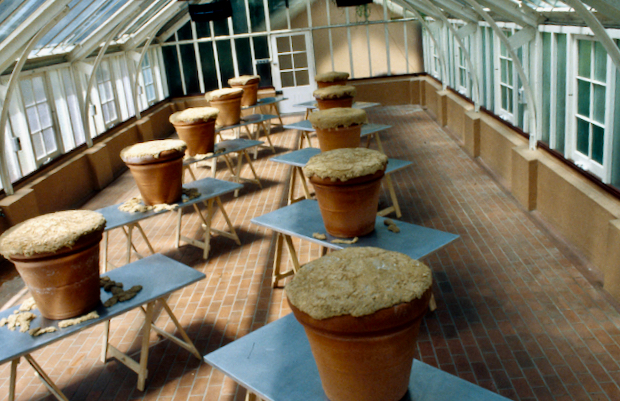 Bring me my bow of burning gold
bring me my arrows of desire
bring me my spear, oh clouds unfold
bring me my chariot of fire
I shall not cease from mental strife
nor shall my sword sleep in my hand
‘til we have built Jerusalem
in England’s green and pleasant land.

Seeds, like cooking receipts are designed to travel, designed to take hold. In a not too dissimilar manner, human culture appears to be driven by biological imperatives and is equipped with the capacity and the desire to take purchase in new terrain, to co-mingle (either peacefully or with violence). 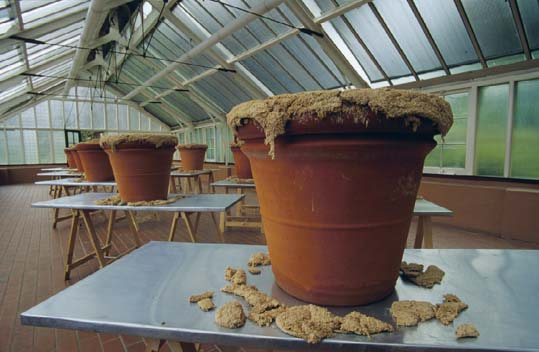 Seedlike, the colonial enterprise contained within its kernel a radically compressed and reduced version of its mother culture. Deceptively a mature and sumptuous botanical garden disguises the fact that it is a vastly simplified version of nature, a colonial projection of all that is ‘green and pleasant’. Here the artefact has smoothed away the intricacies and the imponderables of an alien landscape – oh clouds unfold!