You are here: Home » The Lament 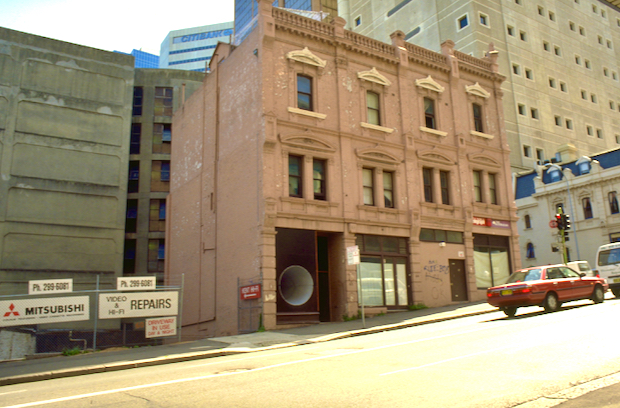 This small city storefront gallery was architecturally modified, replacing the normal viewing space with an auditory mechanism, which presented to the street, via the open mouth of an instrument/speaker, a simple, repetitive sonic icon.

The gallery space could only be entered visually via a series of peepholes, which revealed a sequence of miniature military bandsmen marching across the surface of a de-tuned video monitor.

“The average daily count is nineteen; it’s a speculators reflex, a banker’s barometer and a realtor’s dream. Counting construction cranes is the best way of keeping in tune with this city. The tip of the mechanism is a sure index, pointing vertically downward to a place of scraping away. At first a clawing down of a past, too new to be valued; then a scraping away to the bedrock, to the smooth, hard, ground zero of the city’s history. 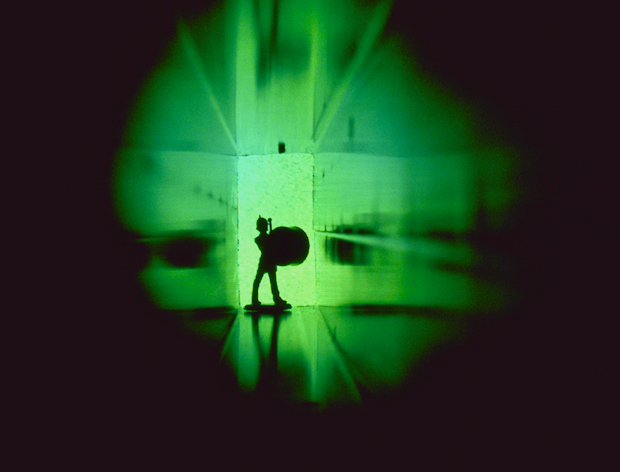 Into this cavity angular structures will graze archaeology, the skeletal will meet with the fossilised. For the moment this is a special guarded place, this future under-world will contain the stomach and heart of the structure, a site of massive reverberation, pumping liquids, and gases, and signals, and energy to fuel the functions of the super-structure. Men are working here, feverishly as surgeons, opening and closing the viscera as fast as possible in order that this other city is exposed for the shortest period only. It is as if this image of the canyon, with its calls to a distant history, which is coveted, is too volatile to be viewed, too arousing. For the moment it is possible to crouch here and shelter from the wind and constant rumble of the streets and to hear, for an instant, the echo of a distant mountainside, or the hammer-fall on an anvil deep within a super-natural forge. But then all is owned here, even images, even sound”. 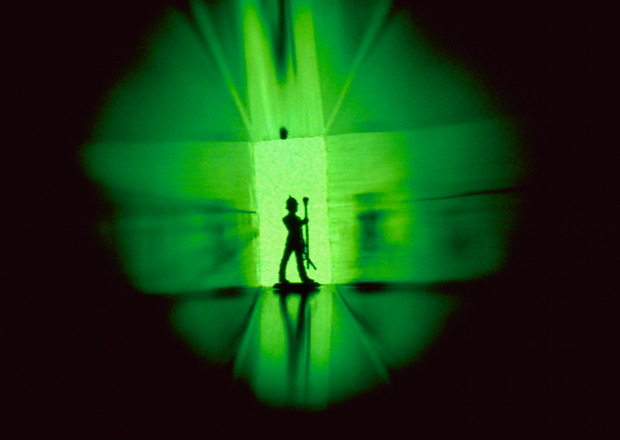