This is ancient history – a series of drawings made in New York during 1988. The studio was just around the corner from Pearl Paint the extraordinary art materials store trading in larger than life versions of everything including paper – so why not make a series of drawings in encaustic wax and pigments on average six metres by three metres, not thinking at the time about how they could me moved and stored 🙂 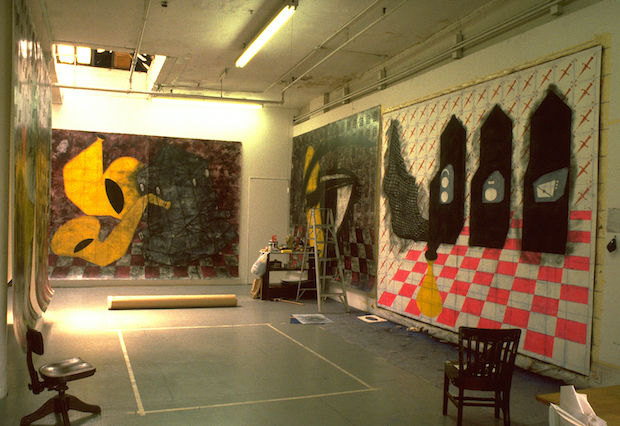 My process at the time was quite simple, the drawings were treated as a type of scenography, cartoon-like focussed around a series of icons, the mythical Talking Head of Roger Bacon for example, a major feature of Die Melodie der Welt. 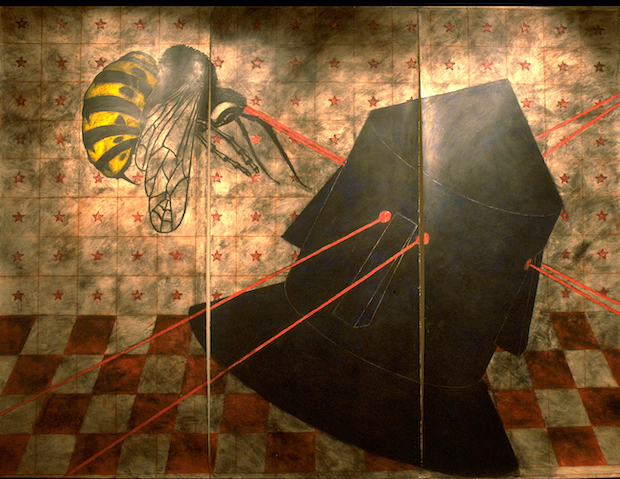 The Brazen Head (cf. the novel by Welsh writer John Cowper Powys) featured several times, as indeed it had in a series of my sculptural works. The Brazen Head was an early conceptualisation of an AI agent, a mechanical oracle that would act to protect the realm with its prophesies. 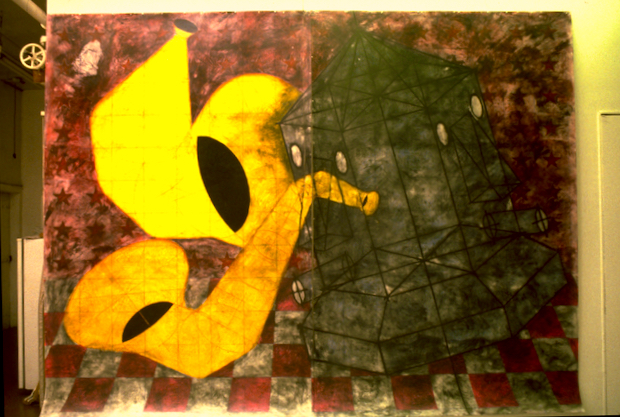 And here another reference to Die Melodie der Welt.a large installation at the Art Gallery of New South Wales that hybridised Bacons oracle with notions of the propaganda role of broadcast media in times of conflict – specifically Eisenstein’s Alexander Nevsky and Beethoven’s Fifth Symphony. 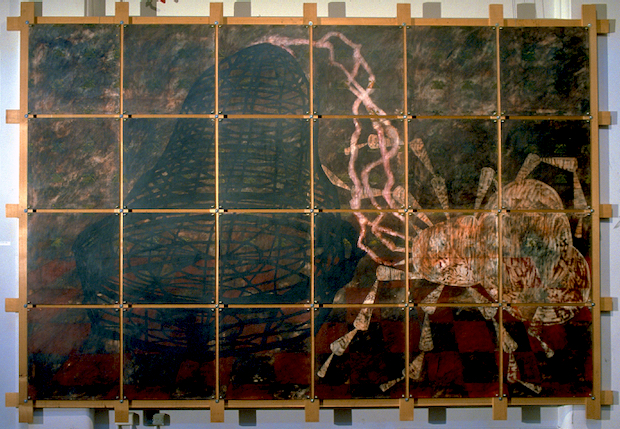 The works were drawn diagrammatically, with shallow perspective as in a theatre back-drop and most frequently tiled with a stencilled pattern to emphasise the shallowness of the pictorial space. I devised my own recipe of pure beeswax, gum turpentine and linseed oil to form a medium which could be polished to a brilliant sheen and that would also accept pigment infused wax and the enormous paint stick that Pearl Paint stocked. 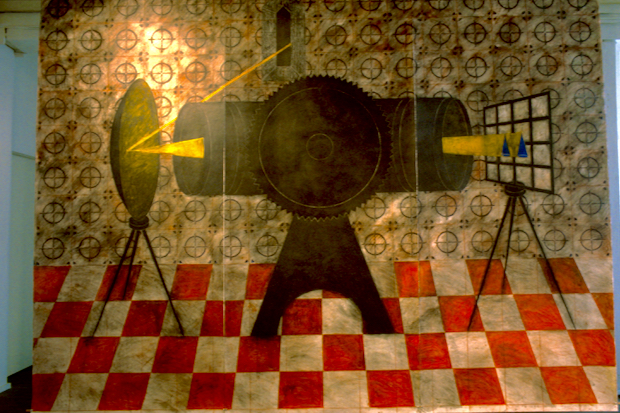 The series were exhibited several times, at the Royal Hibernian Society Galleries in Dublin, At PICA in Western Australia, at the Stuttgart and Frankfurt Kunstveriens in Germany and at First Draft in Sydney. My acquaintance Tony (Sir Anthony Gormley to you) saw them in my studio one day and told me that my sculptures were an awful lot better than my drawings and that I should get back to work – advice which I took!