You are here: Home » Adrift

I’m a Nomad not a Drifter, being Adrift is of course a different kettle of fish, as it implies an active surrender to the vagaries of the elements, be they maritime or psychological ~ I usually go for both! 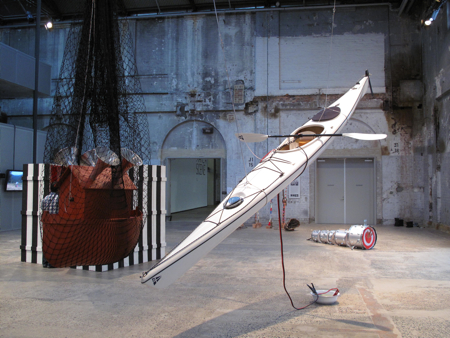 The Adrift project was conceived and realised for the Memory Flows exhibition at the CarriageWorks in Sydney and comprised of two sounding vessels. My trusty sea kayak “Siika” pressed into sonic-service, equipped with a “Solid-Drive” transducer that transformed the entire hull into a speaker diaphragm ~ relaying a hydrophone recording of ship’s propeller rumble and SONAR. 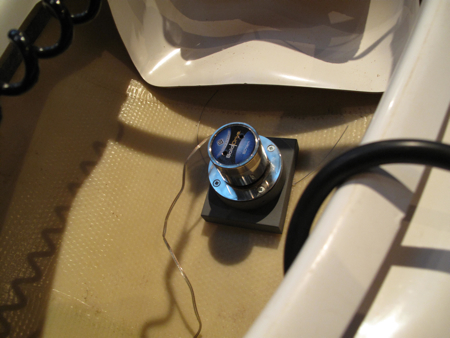 The Ark, captive in a trawler net releasing a medley of fish names in English and Latin, whilst below a primitive Voltaic Cell composed of Zinc and Copper fish shaped electrodes appear to supply a mysterious power source. 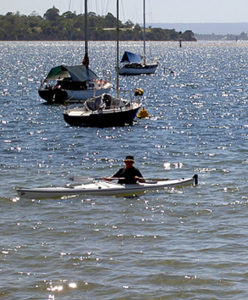