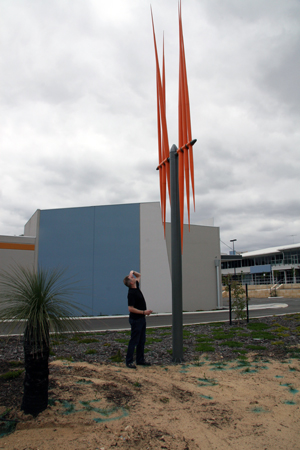 Ondes is a public art commission for a new Marine facility at Henderson WA. The work is comprised of three elements; an outdoor kinetic work, consisting of six counter-balanced needles which interact with the wind; a series of interactive biomorphic sculptures that react to human movement via changes in their internal lighting and a video-projection work showing a wild ocean surge over submerged reef (Onde = Wave in French). 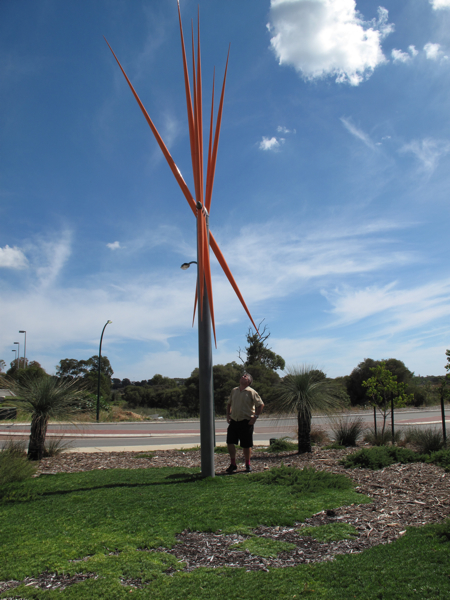 Three years on, the landscaping has matured and the kinetic work is as installed. 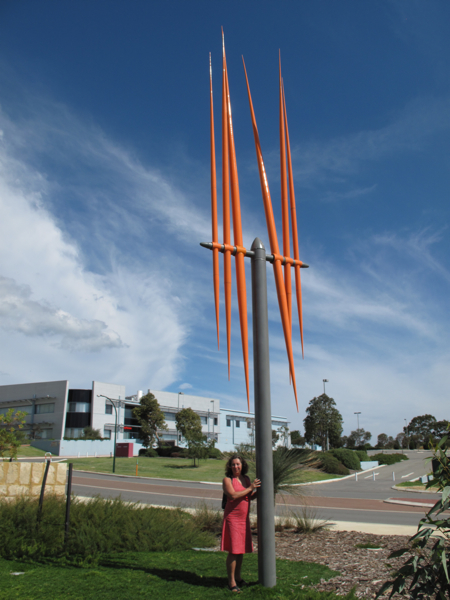 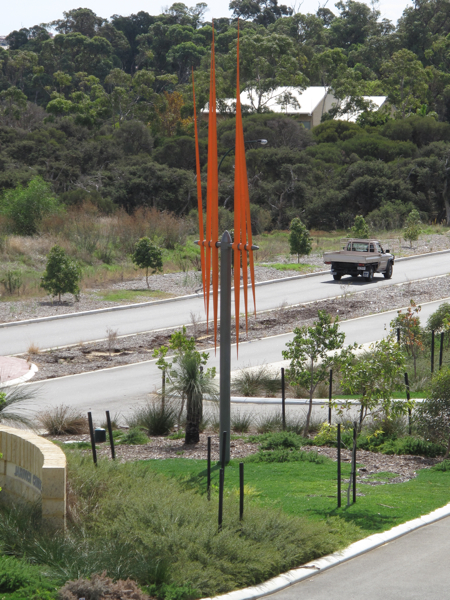 View from the lounge of the Marine Centre. 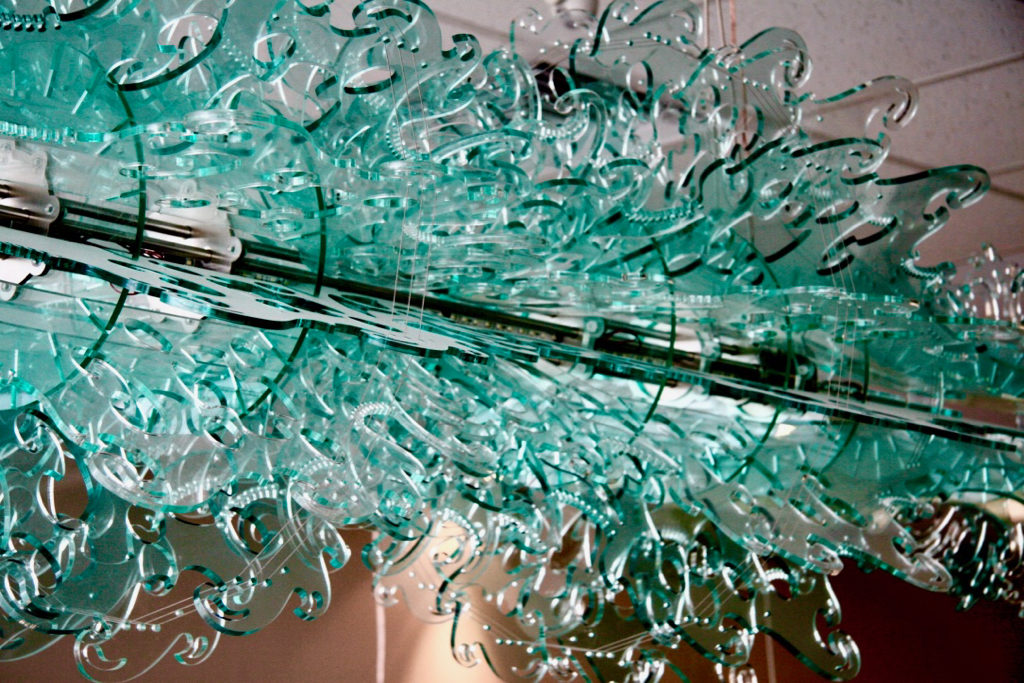 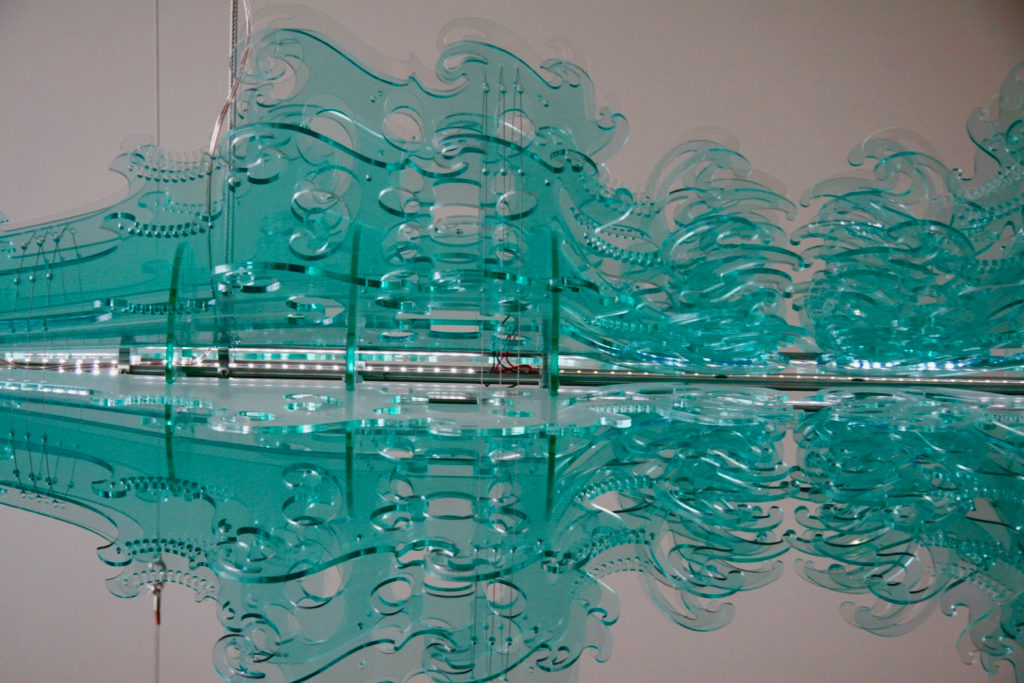 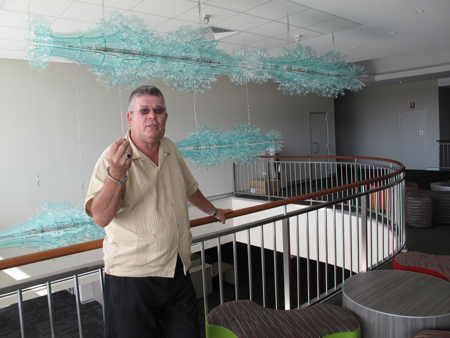 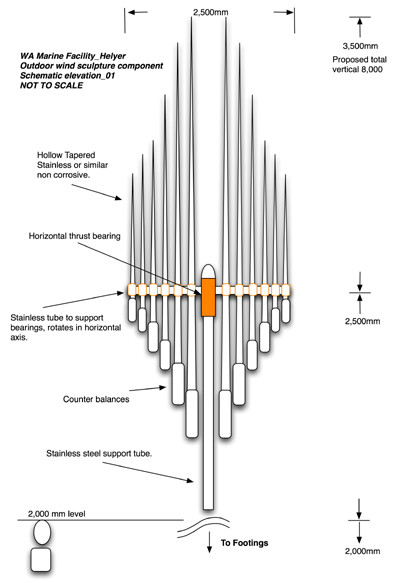 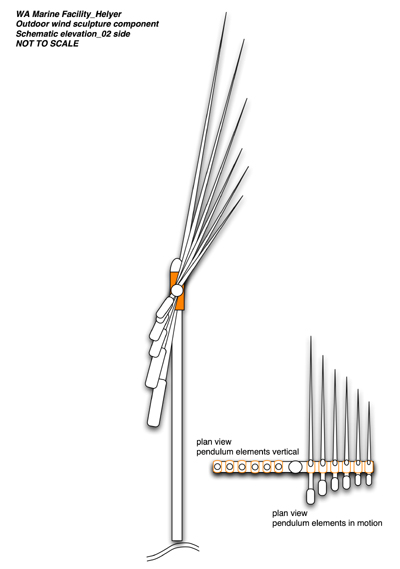 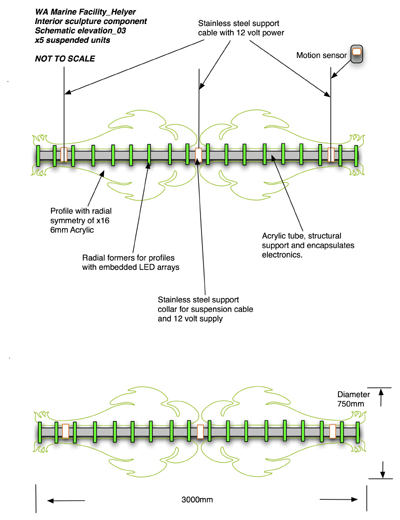