You are here: Home » Seed 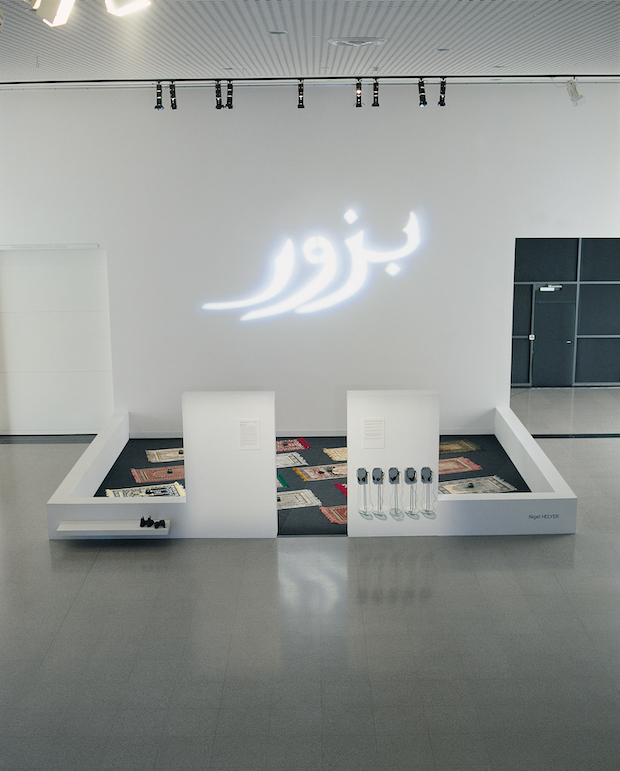 Seed at the Biennale of Electronic Arts Perth, Curtin Gallery. 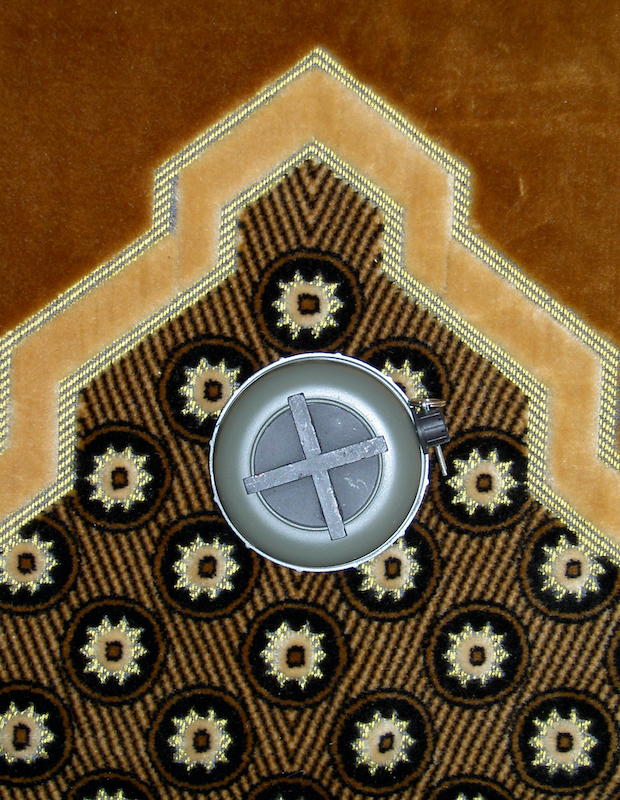 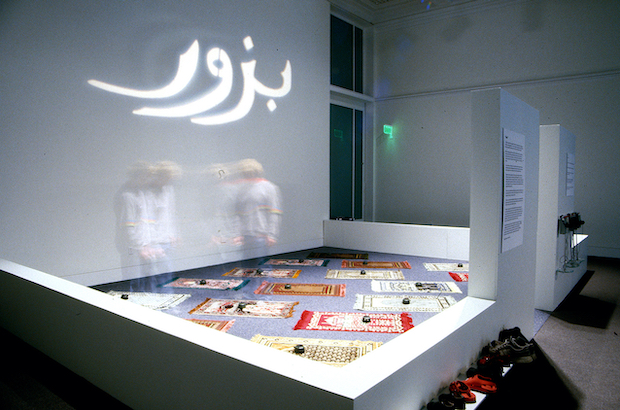 Interacting with the sonic minesweepers. 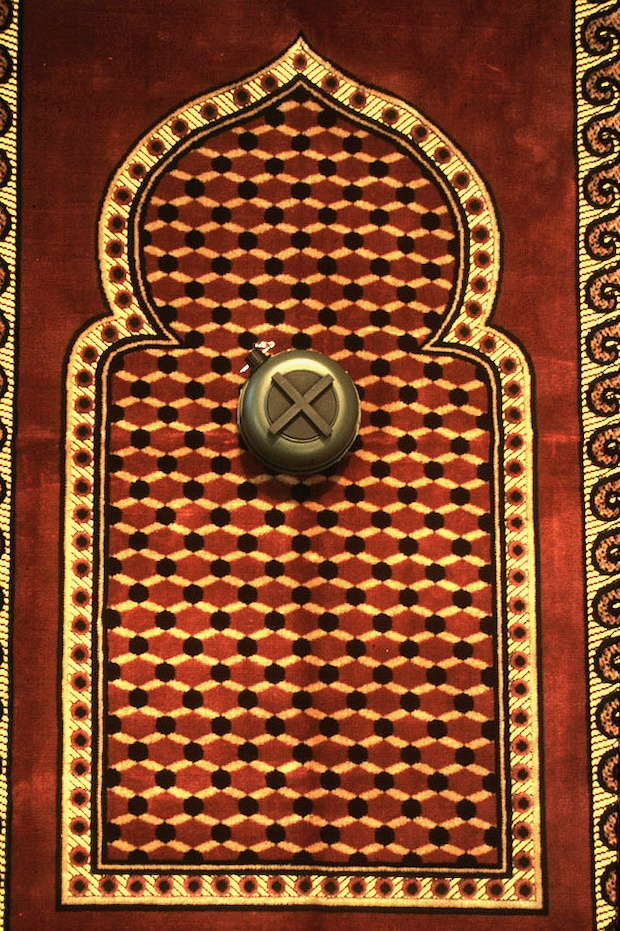 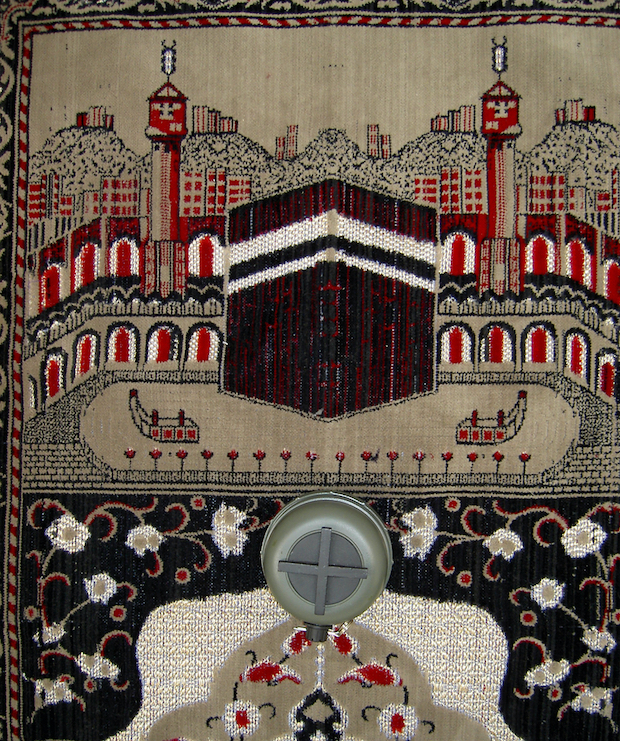 Notes.
In English we speak of mines sown in fields or laid somewhat akin to an egg, or perhaps a cunningly laid trap. This is a domestic and agricultural lexicon whose familiar words belie the barbarous intent of these small kernels of violence. 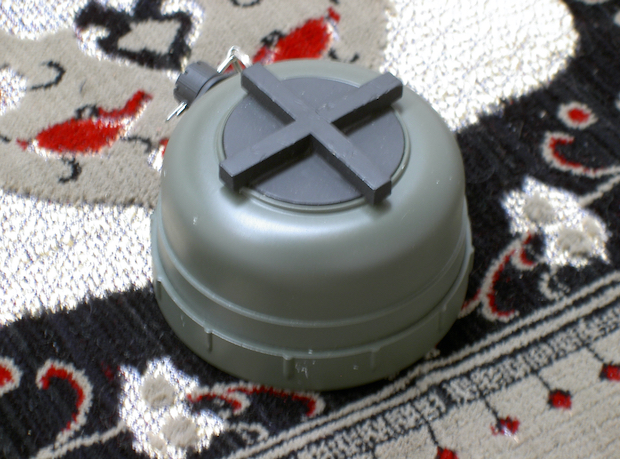 Mines are ontological devices; they lie in wait for the future! Such a concept is resonant with the Old Testament parable of the sowing of seed, in which the germs of the future are broadcast, as if by chance, across a varied range of terrain, some fertile and fruitful, and some stony and barren, in an ecology of destiny. In a more obvious combination of the fruitful and the fatal, we might recall the recent aerial seeding of Afghanistan with small yellow packages, some round and some square, some containing food but others deadly ordinance. 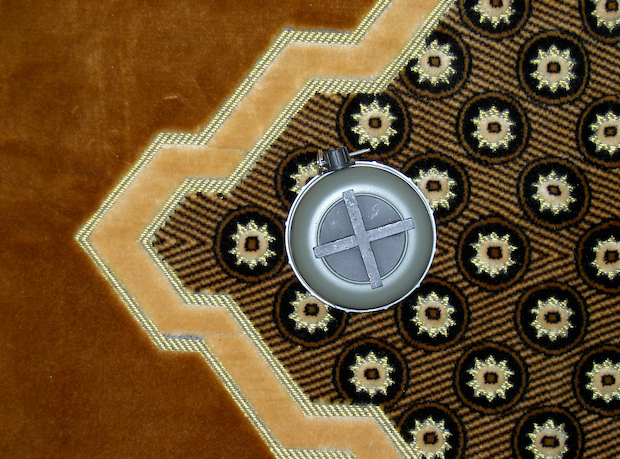 Whilst the physical geography of Islam acts as the historical context for the mytho-poetic spaces and narratives of the Old Testament so to it acts as a repository for hundreds of thousands of landmines – a testament to the failure of military solutions to generations of economic and political instability. Should we heed the adage “As you sow, so shall you reap” then an optimistic future in the region is less than assured.

“Seed” is a sonic installation that metaphorically collides our agricultural lexicon of the minefield with the narratives of the Old Testament and the contemporary disasters of military and ideological conflict. 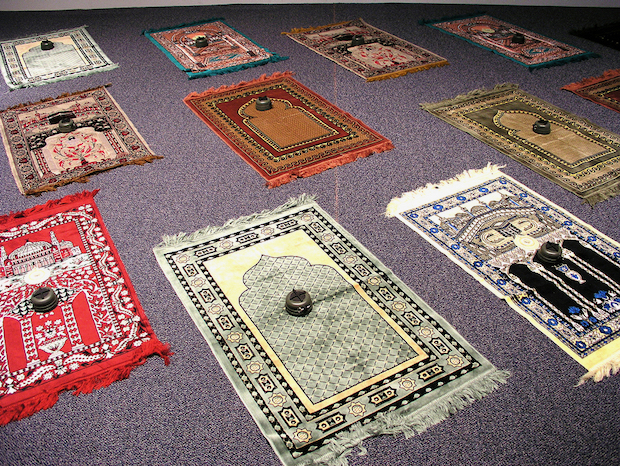 It does so by inviting the viewer/auditor to literally enter a sonic-minefield. Each visitor may equip themselves with a simple mine-detector that will allow them to listen in to the sonic terrain emitted by the mines.

Perhaps to their surprise, the small facsimile landmines, each resting at the centre of an Islamic prayer mat, do not voice strident political commentary, the sounds of battle or doctored media grabs! Instead the encounter is with a sonic world of looped Arabic music, some ancient and some contemporary, overlaid with voices, in Arabic and English, which enunciate the ninety nine names of Allah, each name supported by a brief extract from the Koran.

“Seed” therefore proposes a place of complexity and ambiguity within which to contemplate the simplistic and unilateral position of current military and political events. It is after all sobering to consider that the death toll inflicted by landmines (principally in the developing world) is equivalent to the appalling destruction of the World Trade Centre – repeated five times each year.

Listen to the seed mix ~ it gives a general idea of the 16 channel project.