Mute in TalkTown; the sweet warm breath of science

You are here: Home » Mute in TalkTown; the sweet warm breath of science 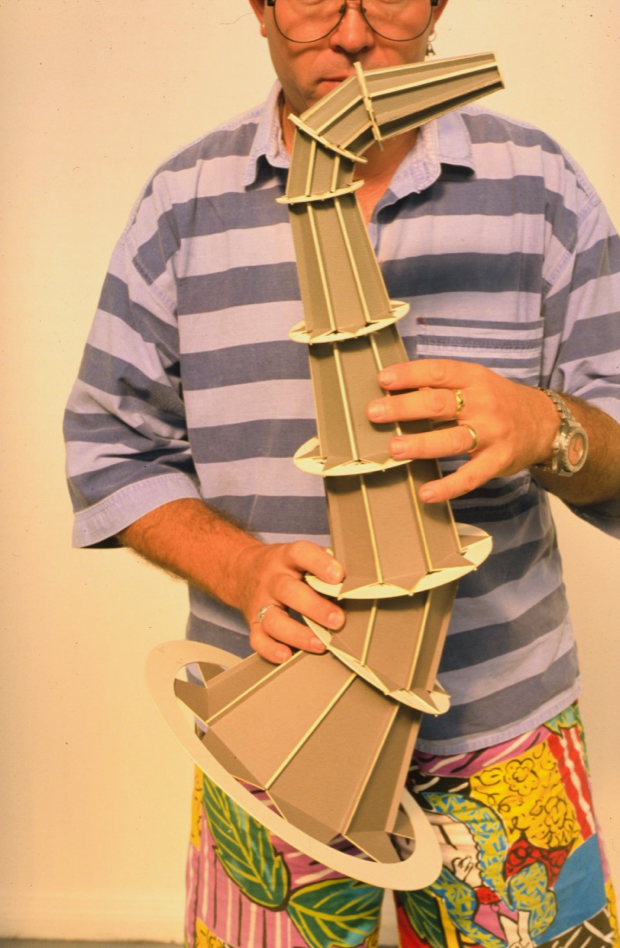 Notes.
“The idea of the sound and the function of the components that produce actual sound overlap and create a conflict of codes, which causes a shock wave that reverberates continuously around all Helyer’s installations.

In the fluctuating field the viewers become sensitised to their own place in the complex web of acts and reactions, of causes and effects that we experience as the world. Every action or failure to act changes the world for all time, we are not only receivers or messages from out there, we are also changing the message and passing on our own version or perversion. 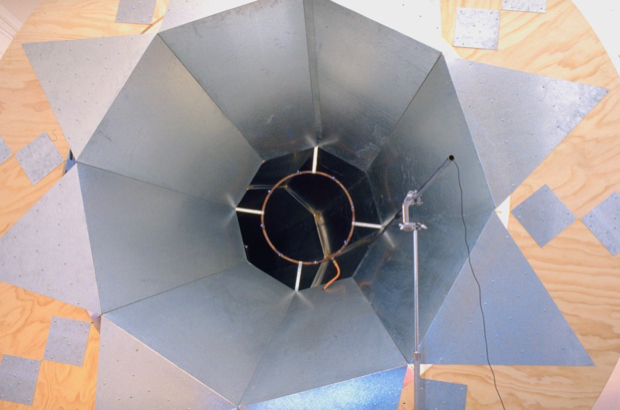 In Helyer’s giant machines there is the echo of human presence. In Mute for example the oversized saxophone may look more like a powerful and threatening rocket motor but it retains its associations with a more biological heat as in the hot breath of a black jazz musician. These contradictory readings reveal yet another paradox which underlies many of the pseudo-scientific forms in his work. 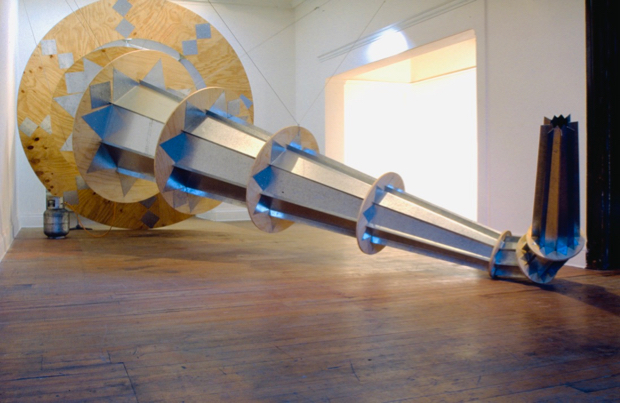 The searing heat of an atlas rocket motor is in human terms a cool fire. It is an emotionally alienated technology and is sharply contrasted with the biological heat of sexuality and rhythm in New Orleans nights. All these oppositions are designed to set the viewer swaying between alternate meanings and between distinctly different codes of representation and experience. It becomes an hypnotic dance in which glimpses of the gaps in reality appear for a moment before dissolving again into the surface of the accepted”.
Tony Bond, extract from “Big Bell Beta” 1990.

Kick a tin can and it rattles down the street, you know that empty vessels make the most noise.

What is it when we whisper, a flow of breath carrying a tiny message, but a message directed entirely within the cavity of another’s ear. There are always two texts, the exhaled message, humorous or intimate, carried together with the omnipresent, silent message that reiterates Noise is power, that each sound carries within it both a record and a command to re-order the world. 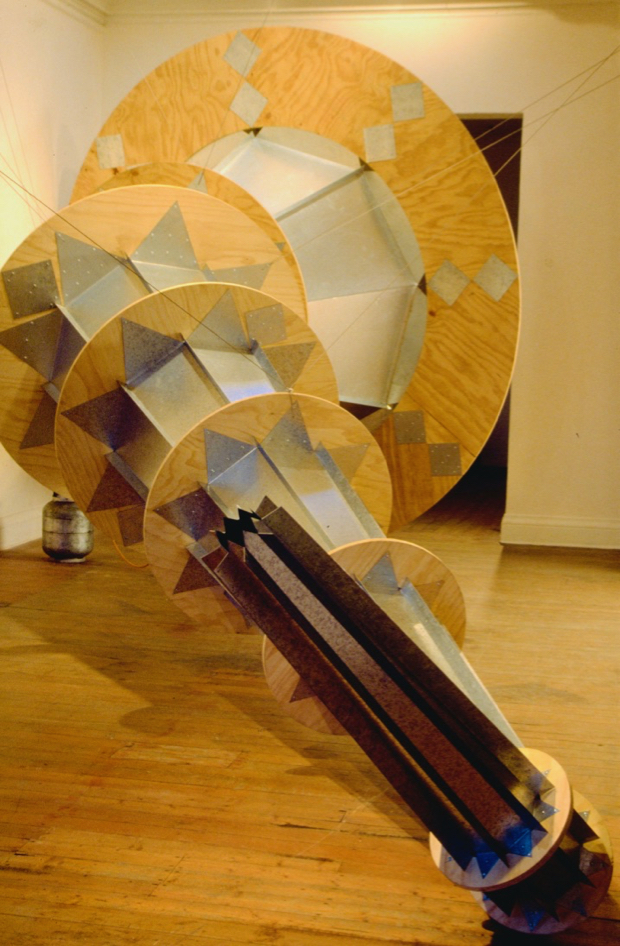 The drumbeat and chant are a sublimation of the thunderclap and the howling of the storm. This is a husbandry of noise, the erratic and unpredictable bellows of nature, chained to time, to rhythm and meter. A raft of song floating in Chaos. 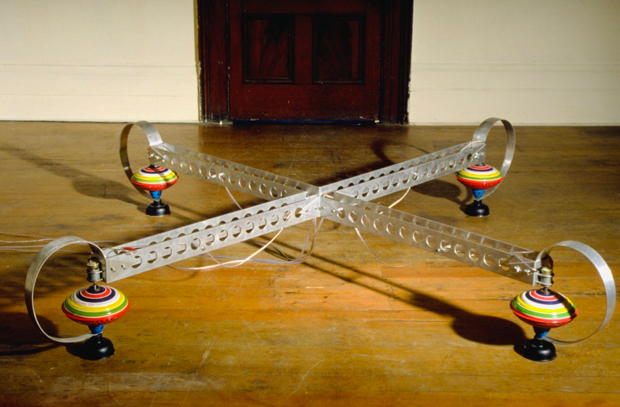 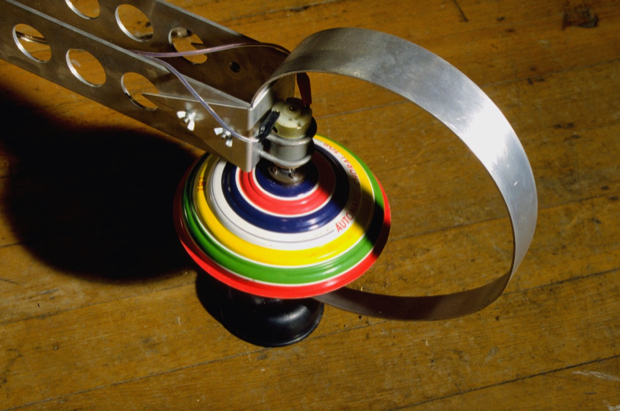 The foundry and the smelter are a sublimation of the drumbeat and the chant. Song is now forbidden on the shop floor, in its place is a silence totally occupied by the continuous explosion of the furnace and the reports of transformation, as nature is re-created upon demand. Here concepts are bought to their ultimate conclusion, noise equals power, and power produces noise. Whispers could now operate only as subversion, but here to whisper is to shout above the din, full in the face of a comrade who can no longer hear, for whom bird-song is a child-hood memory. 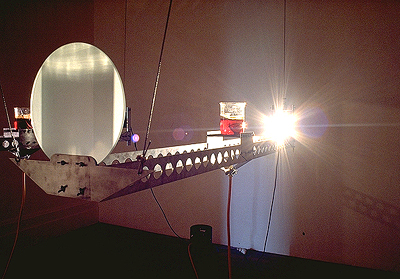 Kick a tin can down the street.
Empty vessels make the most noise.