You are here: Home » Metamorphoses 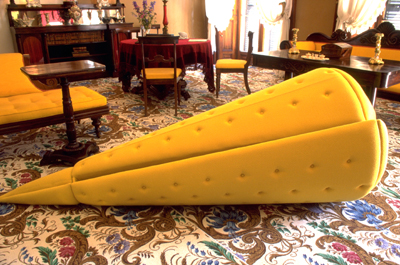 A singer who sings like a bird is an unproductive worker.
When she sells her song, she is a wage earner or a merchant.
But the same singer, employed by someone else to give
concerts and bring in money, is a productive worker
because she directly produces capital.

Listen to the Metamorphoses Radio Broadcast.

One of the most striking aspects of the Australian environment is the natural soundscape, one which is almost entirely composed of bird and insect calls – the airwaves are minutely and powerfully occupied, as in the multiple divisions of the radio broadcast spectrum, by insects communicating at different frequencies. 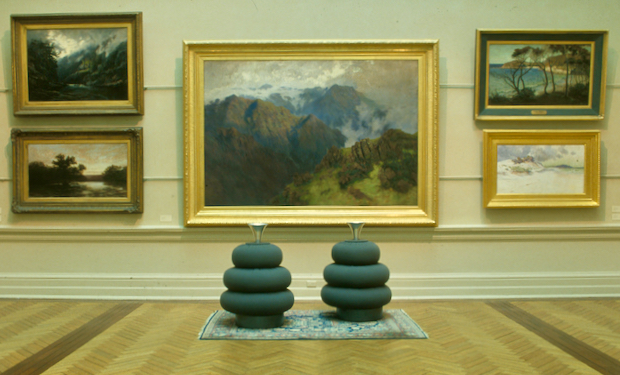 One of the most striking features of an insect collection is its absolute silence, but a silence, which conceals an inaudible resonance which issues from the conjunction of Macleay’s obsessive and encyclopaedic collecting and the general process of colonial ‘clearing’. 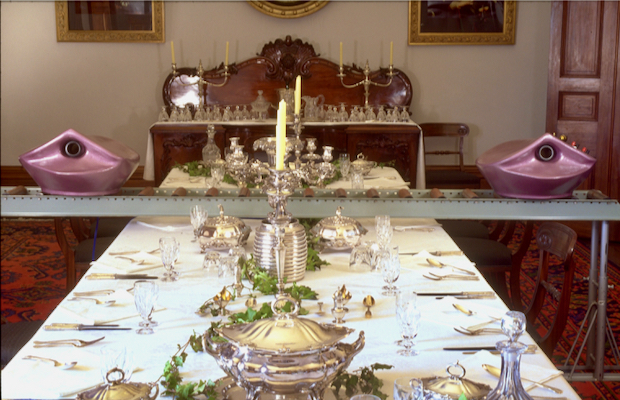 By this I refer to both a literal, cultural and metaphorical silencing of the locale in terms of ecology and human culture – a silencing effected by the superimposition of alternative physical and cultural structures and by the substitution plant and animal species. From this perspective the garden, more than the architectural structure of the house itself, constitutes the fundamental assault on the history and biological identity of the site – the domesticated corollary of such an assault is the Macleay insect collection. 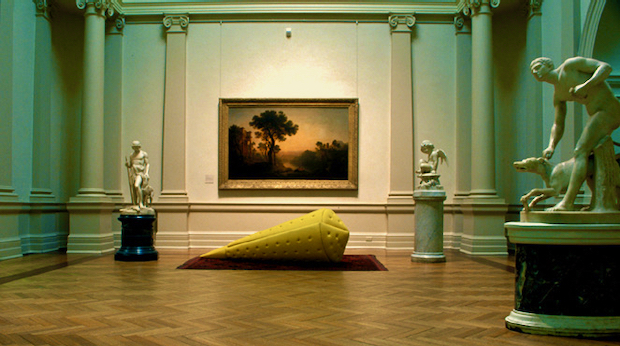 It seems paradoxical that the genuine interest in Natural History, which drove the taxonomic obsessions of C19th science to establish such a thoroughgoing system of species identification was one so thoroughly modelled on the property relations of Industrial Capitalism. 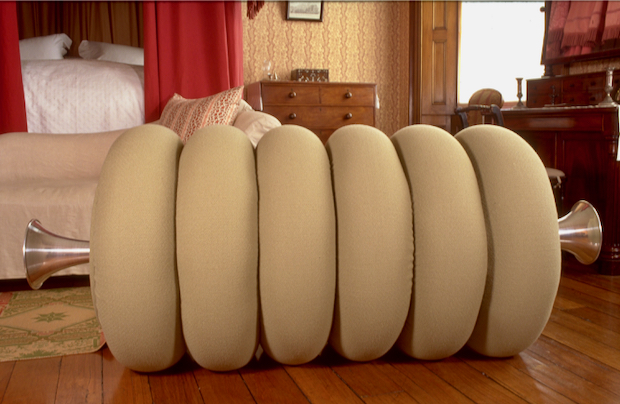 The exotic and the unfathomable bought to heel and delivered into servitude. The act of collecting was an act, which froze life-forms into miniature catacombs, the act of planting an English garden demanded the elimination of a much more varied and fragile ecology. 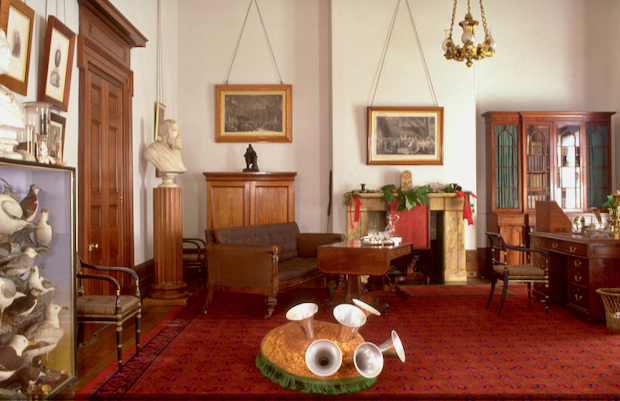 Such acts of substitution, of opaque overlay, are a common trope throughout colonial histories and usually go hand in hand with efforts to record that which is being disrupted – ironically such forms of ethnography or ethno biology are a sure signal of real trouble for the object of study! 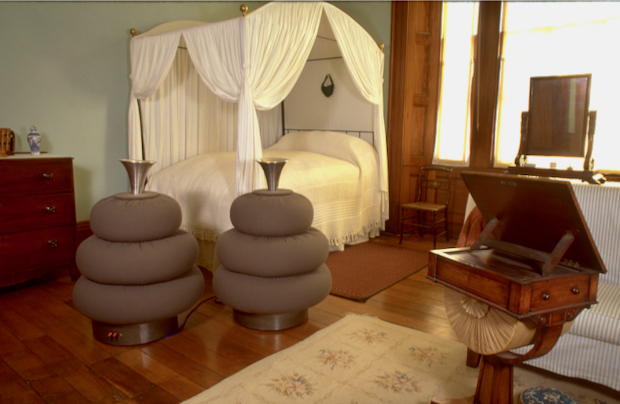 What might still survive in the interstices of the relationship between the well-meaning interest of the insect collector and the environmental carnage that his act unintentionally signalled? How can we re-imagine the possibility to re-establish a natural voice within this idea of collecting and within the house itself? 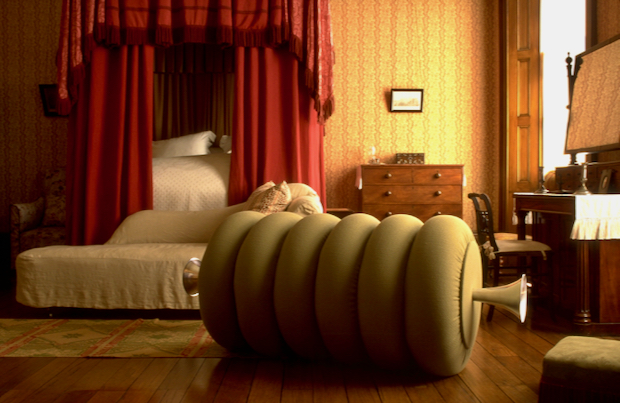 A significant element in the colonial process of overlay is always carried within the apparently benign forms of cultural expression. That this house was musicalised and held a significant library provide a key counterpoint to the concept of re-sounding the original insect voice, which is the task of the work “Metamorphoses”.