You are here: Home » Aura 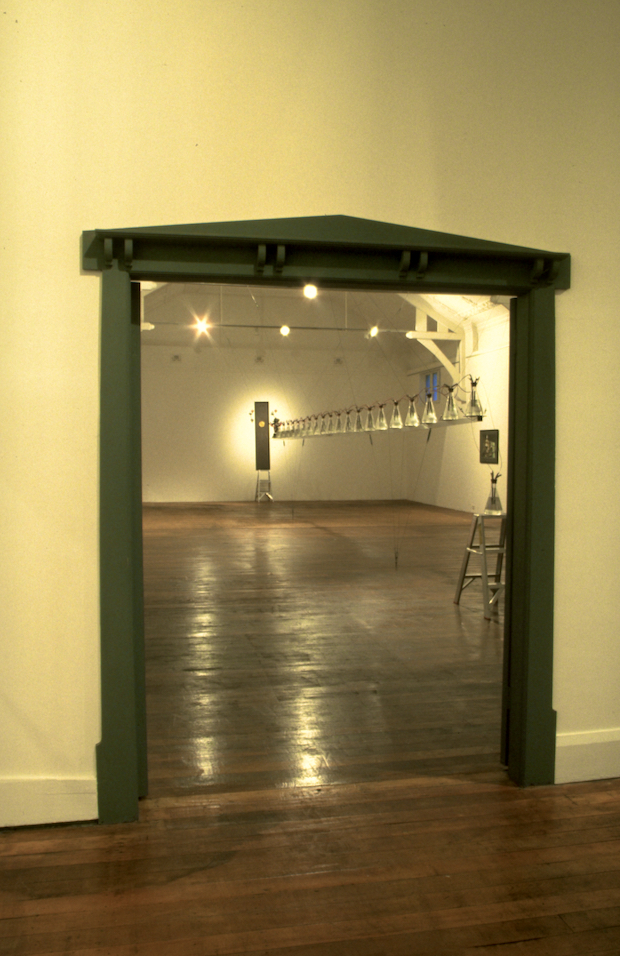 Notes.
My approach to the sonic domain has always been informed by a Sculptor’s perspective, emphasising the experiential and phenomenological nature of sound. In this way “sound-events” are indexically linked to the dynamic, material systems, which generate them, as well as to the architectures and environments, which contain and propagate them. The work “Aura” would appear to disqualify itself from the definition “Sound-Sculpture” by virtue of its apparent “muteness”. 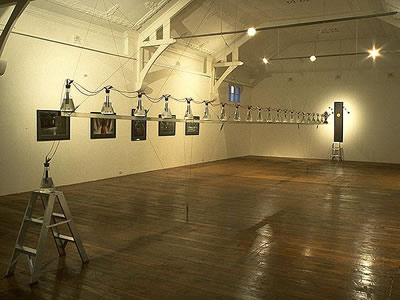 The principal function of the work is however to manifest an “aura” – a low energy electro-magnetic field. The primitive Voltaic cells slowly react to generate a current, which flows through the proto-typical torus forms – this crude device resonates in an infinitesimal manner. Thus in its own way, the work “sings”. 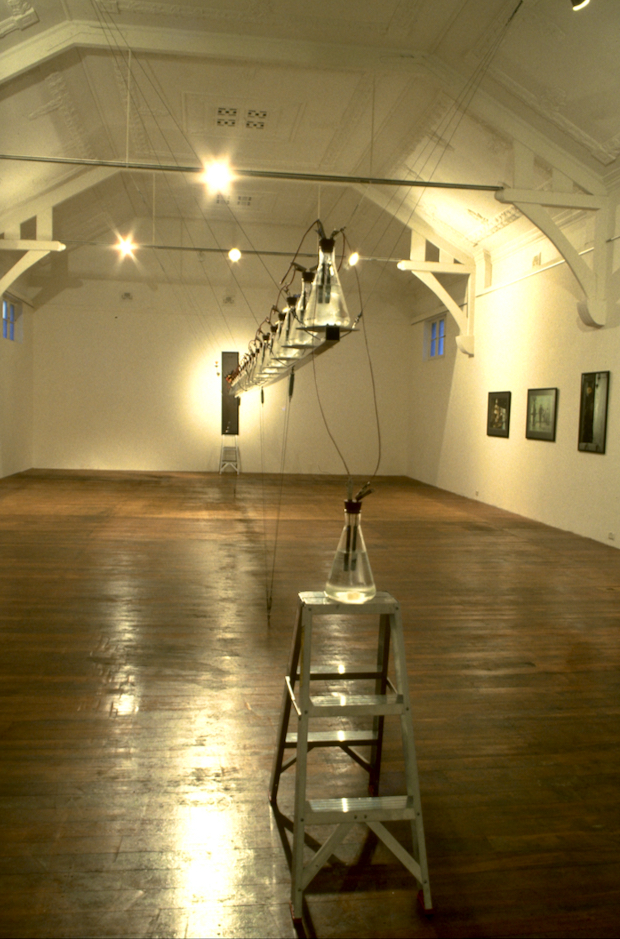 Our principal oversight is the arrogant demand that nature exists by virtue of the proof of our own sense organs. Like infants we carelessly assume that all events, which we cannot perceive, do not exist. What the ear fails to “hear” is therefore mute. 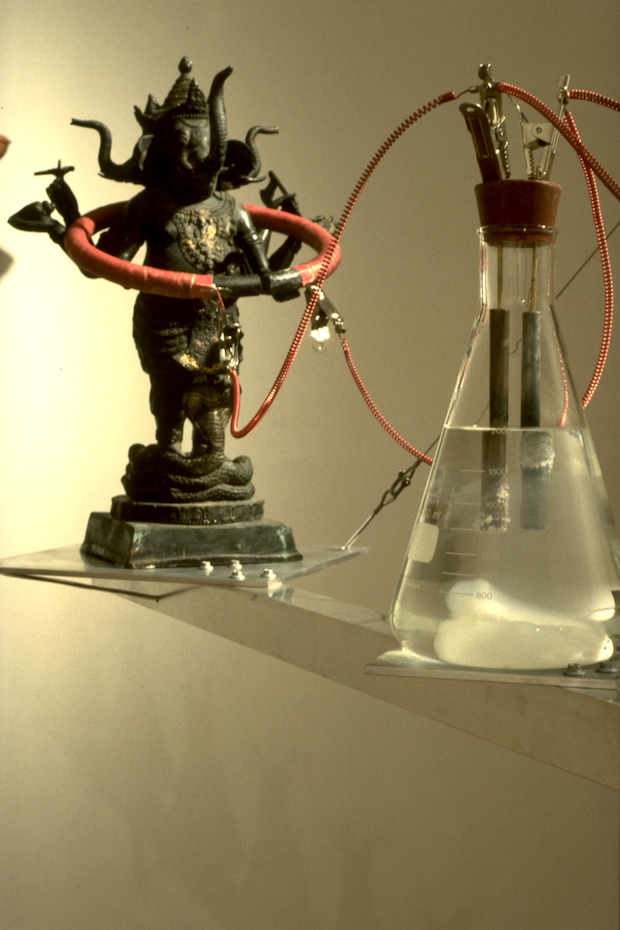 My proposal runs contrary to this conventional wisdom – by claiming works (such as “Aura”) are first and foremost “Sound-Sculptures”, I wish to recognise the impalpable resonance which inhabits the circuits of their imperceptible electro-chemical lives. They are “Sound-Sculptures” which for us are simply inaudible. 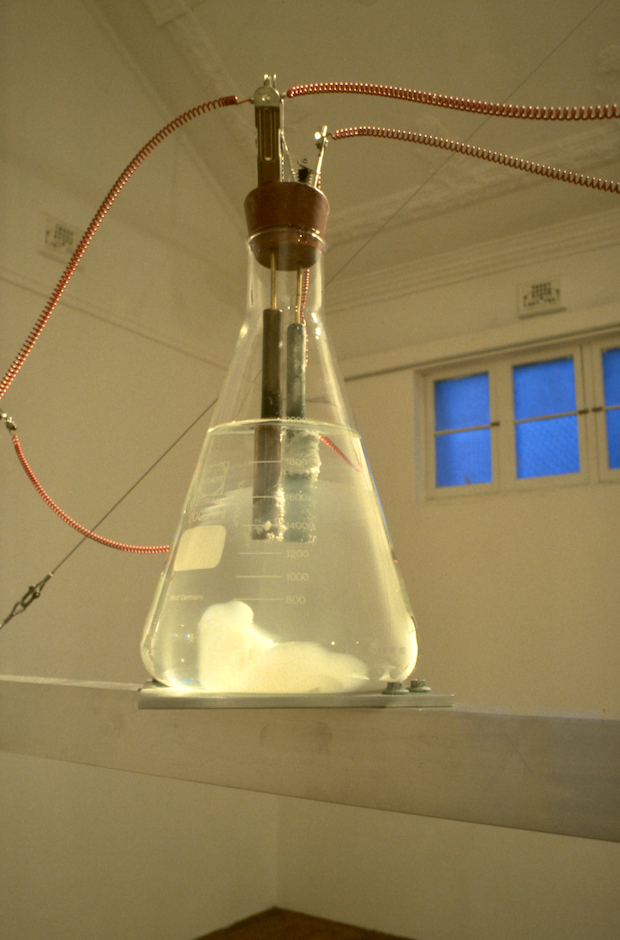 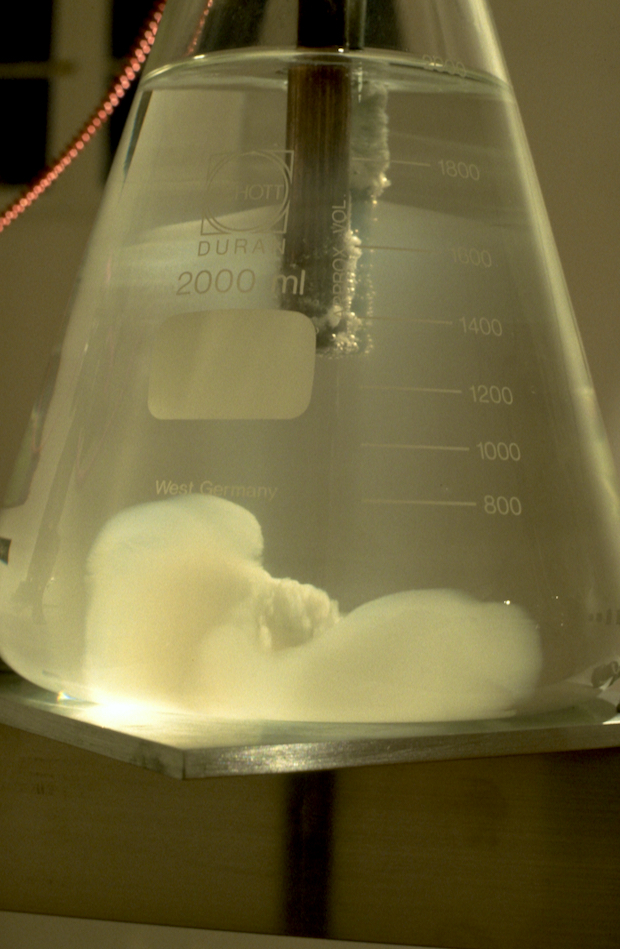 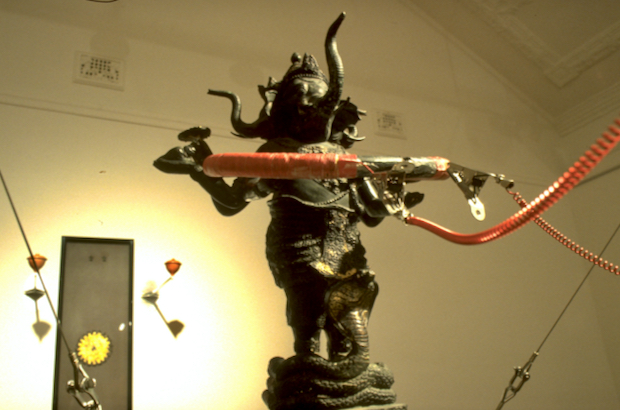