You are here: Home » GeneMusik – Sounds for Lower Life Forms

Notes.
The year 2002 – GeneMusiK – is an experimental biological music mixing and generating system currently under development by Dr Nigel Helyer at the Faculty of Natural and Agricultural Sciences, University of Western Australia under the aegis of ‘SymbioticA’.

This was the start of a long journey which continues today. It has been full of frustrations, mistakes by has finally borne fruit in the later iterations, such as the 2103 experiments in South Africa which produced the San Gorah project as well as the 2016 work conducted in Lisboa which resulted in the Somewhere over the Rainbow project. 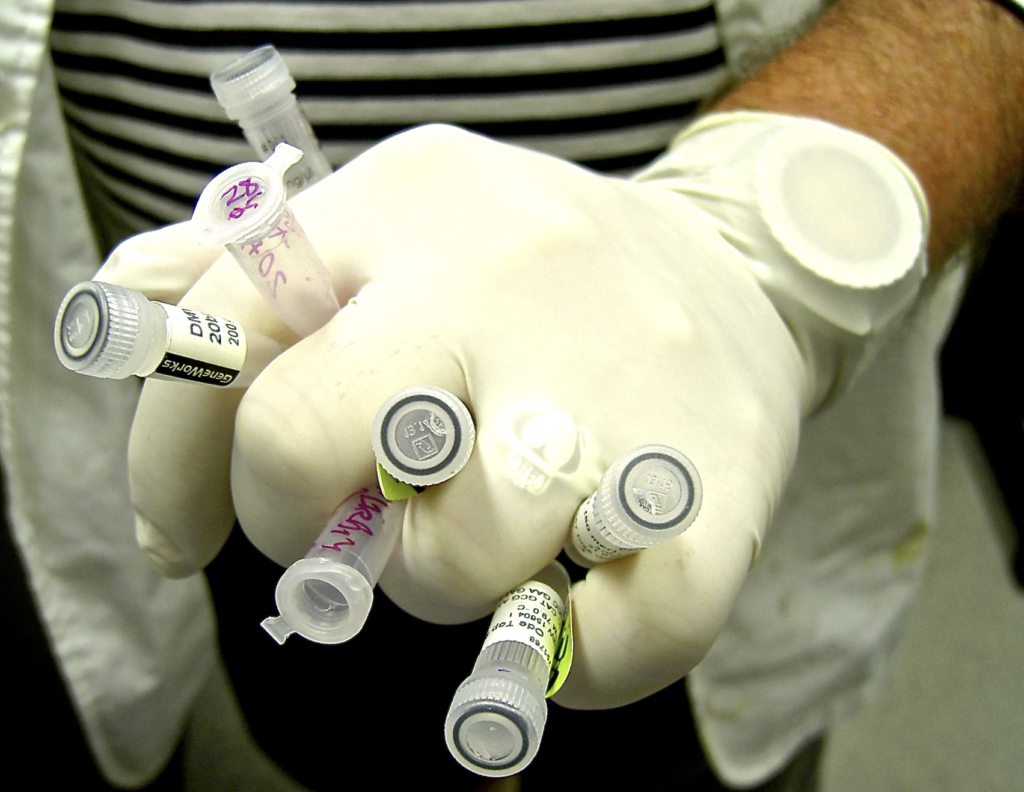 The 2002 GeneMusiK project is designed to establish a functional relationship between conventional Western musical scales and DNA sequences and produce a system for mixing and mutating musical form within a biological context.  Whilst there have been several interesting attempts to transliterate DNA code into musical forms and notation these have invariably been theoretical analogues

GeneMusik departs from previous experiments in that it is an entirely ‘wet’ process, which employs chemical and biological means to achieve musical transformations. Rather than taking given DNA structures and rendering them as musical code, GeneMusik takes fragments of conventional Western melody and sequences them as DNA that is subsequently ‘bred’ and ‘mixed’ within bacterial cultures.  DNA extracted from these cultures may then be re-sequenced, translated to musical notation and interpreted as new musical forms.

It is anticipated that the first public manifestation of GeneMusiK will be a series of elegant body adornments that contain ‘musicalised’ synthetic DNA sequences. Each item will be accompanied by, a certificate of authenticity and an audio CD of the musical sequence

Subsequent editions are envisioned that will contain DNA sequences hybridised within bacterial cultures, together with installations of living ‘musical low-life’.

Exhibition format
GeneMusik may be exhibited as a series of miniature static objects (i.e. body adornments) accompanied by photographic panels (laboratory process and notational materials) together with audio recordings of the DNA translations.

Logistics
The small objects require a museum case equipped with small 12volt pin-spot system.  The Photo-panels are designed to wall-mount.  The Audio material requires a good quality Audio CD player + Amplifier equipped with high quality speakers. If desired this section can be designed to play only when a visitor is present (sensor switched).