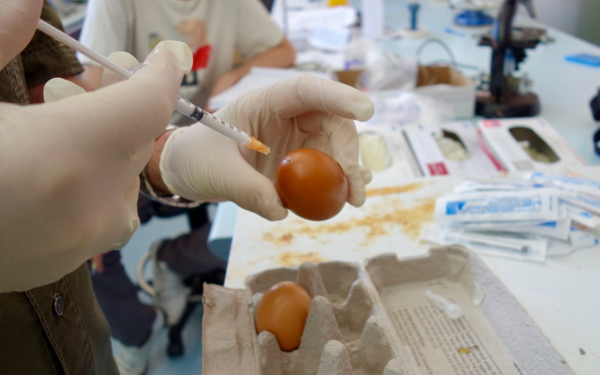 Supereste ut Pugnatis (Fight to Live) was the motto of the Chemical Defence Establishment* and is the metaphorical banner of a work developed for the SemiPermeable+ exhibition mounted by SymbioticA at the PowerHouse Museum, Sydney as part of ISEA2013. The work examines the intersection between the Visual Arts and Bio-Sciences and focusses upon the development of metaphors that address the membrane in biology, politics and culture.
(*In 1940 biological warfare work began at Porton Down, UK in a highly secret autonomous group called Biology Department Porton now known as the Chemical and Biological Defense Establishment).

An interview from We Make Money Not Art.

We are defined, structured and bounded by membranes, selective barriers that function at a molecular level within our bodies and operate at the macro scale as socio-political boundaries. 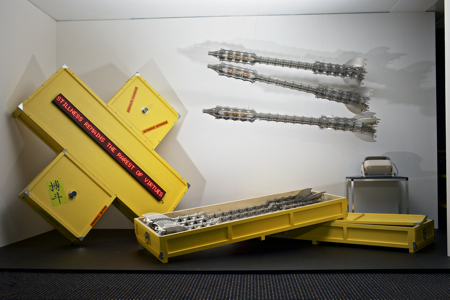 My French raincoat (a membrane of sorts) bears the legend Impermeable, I can assure you it is not, like most membranes worth their salt it is semipermeable!

Membranes are selectively permeable structures, controlling the exchange of ions in our synapses, transforming photons into carbohydrates in plants, the meniscus of the world ocean, trading gasses with the atmosphere and regulating our climate.

Manifest as an architecture of power the membrane is the portcullis and drawbridge regulating access to a Norman Castle.  A filter of economic privilege to the VIP lounge and the algorithm that structures the flow of surveillance information at airport security.

It is the tissue of language describing the legal pressure valve that transported the poor and disaffected to Australia in a risible attempt to rid England of its criminal class, and the tongue twisters that policed the White Australia policy. 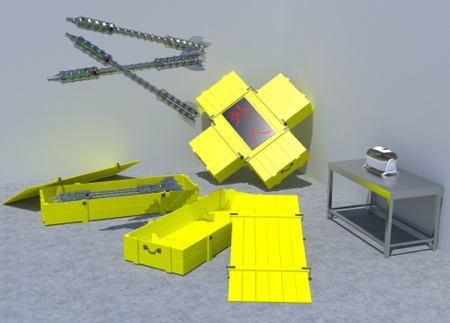 t is easier for a camel to pass through the eye of the needle, than for a rich man to enter into the kingdom of heaven.

(The New Testament, Matthew 19:24, The Eye of the Needle was a small gate in the walls of Jerusalem). 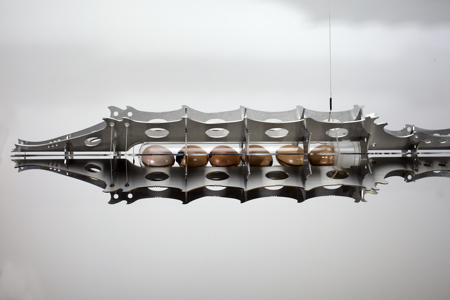 Supereste ut Pugnatis (Pugnatis) ut Supereste drifts in these interstitial spaces between biology, politics, culture and history constantly recalling the functional significance of the membrane as border, as a cultural and linguistic filter, as a generator of difference. 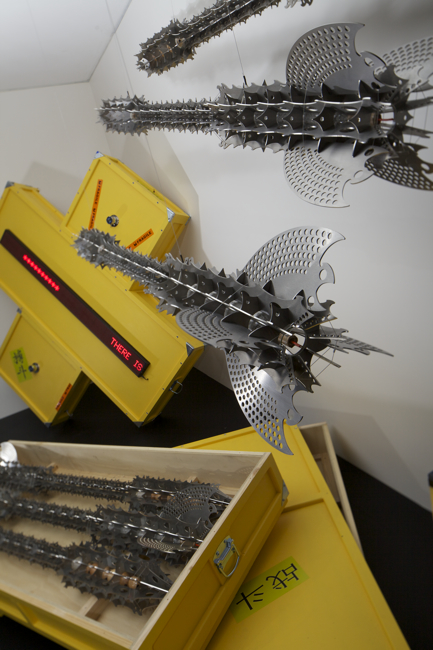 SPPS is offered as an omnisexual bacterium ingesting histories and narratives that associate through a labyrinth of metaphorical bonds, some feint and tenuous, others powerful and robust.  A sonic sculpture illuminated by canary yellow, the yellow of egg yolk, the pallor of yellow fever, the threatening tide of the yellow races, the warning yellow flag of quarantine and contagion and more prosaically the globalised yellow of international art crates.  Take a journey down any of these wormholes to discover a centripetal force that pulls back to the centre of this metaphorical nexus.

Here we encounter morphological references to antique Chinese gunpowder rocketry The Fire Drake Manual a 14th Century Chinese military treatise edited by Jiao Yu and Lui Ji which details the evolution of rocketry circa C10th capable of carrying payloads of poisonous and infected material – here hybridised with the physical structure of the Bacteriophage (A virus that infects and then replicates within a Bacterium).

A semi-living viral entity that pierces the membrane of a host Bacteria, injecting its DNA and commandeering the genetic machinery of the Bacteria to replicate itself ~ all this done without an entry permit!

y hand has found like a nest the wealth of the peoples; and as one gathers eggs that have been forsaken, so I have gathered all the earth; and there was none that moved a wing or opened the mouth or chirped

The payload of these mutant rocket forms, glass cylinders containing infected eggs pay an ironic homage that reprises the origins of modern bio-warfare research, where chicken eggs were the bio-reactor of choice at the Chemical Defense Establishment at Porton Down In 1940 biological warfare work began at Porton Down, UK in a highly secret autonomous group called Biology Department Porton now known as the Chemical and Biological Defense Establishment. near Salisbury UK (the motto of which, Supereste ut Pugnatis, this work is named after) as well as the Russian weaponised Smallpox facility at Zagorsk. 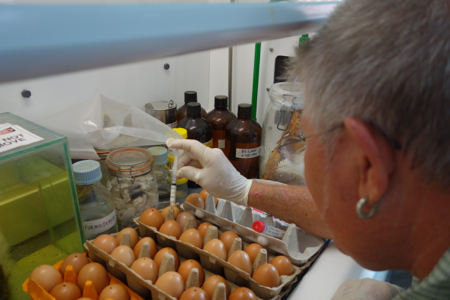 “When I use a word” Humpty Dumpty said in a rather scornful tone, “it means just what I choose it to mean – neither more nor less.”

“The question is,” said Alice, ‘whether you can make words mean so many different things.”

“the question is,” said Humpty Dumpty, “which is to be master – that’s all.”

And so to the slippery membrane of language, a tissue of words that wrap us in culture and identity and one that attempted to render Australia as white as egg albumen, protecting these shores from the influx of Chinese migration, a migration according to the xenophobes, as yellow as egg yolk.

That mental control depends, first of all, on physical mastery, is so obvious that few believe it. Real control begins from stillness, from deliberation of manner, and eventually speech and action. Stillness remans the rarest of virtues. How seldom does one see a man or a woman sitting still? 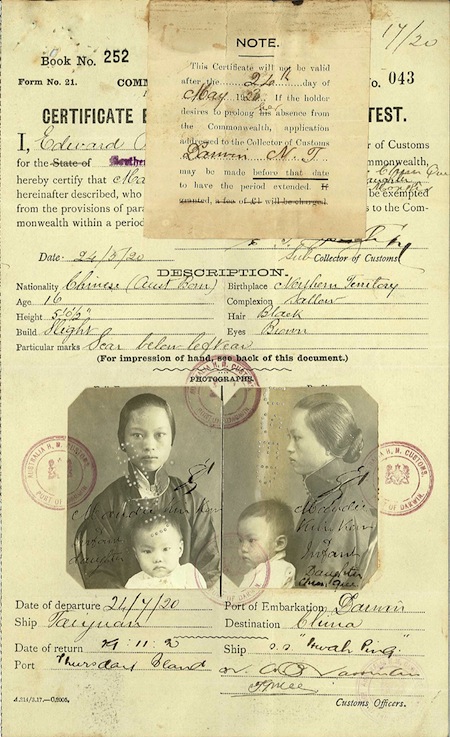 These words are an example from hundreds of pages of Dictation Tests that operated in all Australian ports of entry from 1901 until 1958 with the primary function of excluding undesirables (specifically Asians) from migrating.  This policy was coupled with the general and popular understanding that the indigenous population would be bred-out, lightened and whitened until their genetic traces disappeared.  With an ominously contemporary resonance ~

A message was sent out to the world that coloured people could not settle in Australia.

The membrane is after all a skin; a skin of colour; a skin of language and culture, a flexible container designed to keep what is of value within and what is perceived as a contaminant without ~ its permeability determines the nature, rate of change and adaptation, the type and efficiency of cultural metabolism.

To conclude another Dictation Test passage for good measure, its jingoism recalling John Howard’s obsession with Cricket trivia as a criterion for citizenship.  Perhaps you might like to take the test?

The swagman wrapped his gnarled and desiccated digits round his minuscule ukulele and with prodigious and egregious deficiency of musicology essayed a resounding cacophonous rendition of ‘Waltzing Matilda’ that caused a phobic frog to hurl itself suicidally into a brackish billabong.

Maybe that is Impermeable! 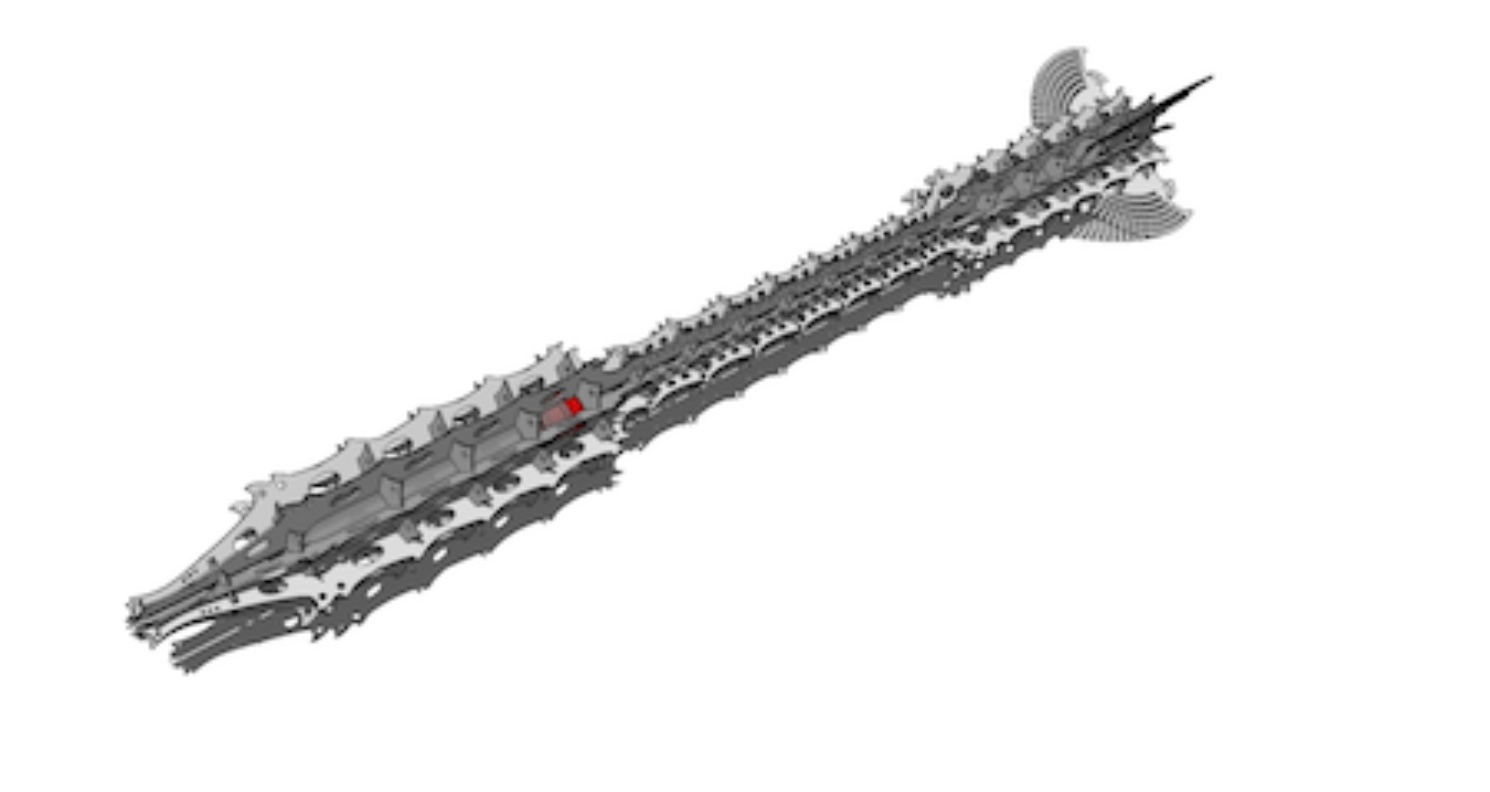 And an interview from We Make Money Not Art.