Law of the Tongue

You are here: Home » Law of the Tongue

The Law of the Tongue ~ or the Sonic Whale.

He who fights the monster should be careful lest he thereby becomes a monster.
And if thou gaze long into an abyss, the abyss will gaze into thee.

Frederick Nietzsche, Beyond Good and Evil.

The Sea and superstition go hand in hand. For centuries sailors unwittingly sensing the song of the Whale through their wooden hulled ships thought them Ghosts of the deep and despite the thousands of close encounters in the Whale hunt they remained ‘mute’ until the middle of the C20th. 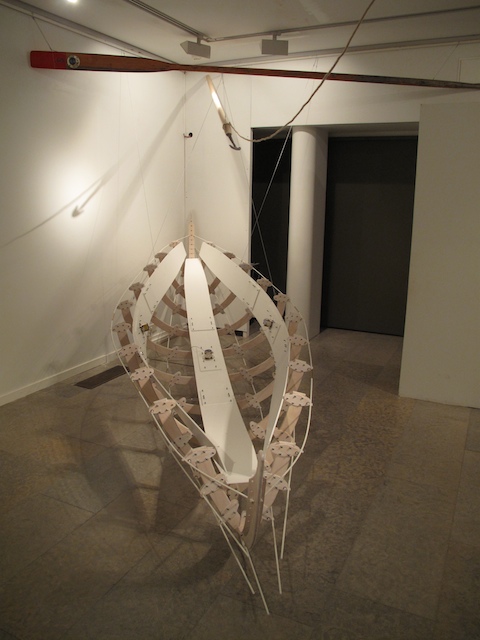 It was a team of US military sonar operators based in Bermuda, charged with identifying Russian submarines who initially identified and documented the singing of whales thus enabling the entire debate about their sentience.  The Song of the Humpback Whale (produced by the biologist Dr. Roger Payne) was released as an L.P. Record in 1970 (and subsequently re-released as a soundsheet in National Geographic’s January 1979 edition selling 10.5 million copies making it the most popular commercial recording of all time and instrumental in turning public awareness against the cruelty and avarice of the Whaling Industry.

Law of the Tongue from Nigel Helyer on Vimeo. 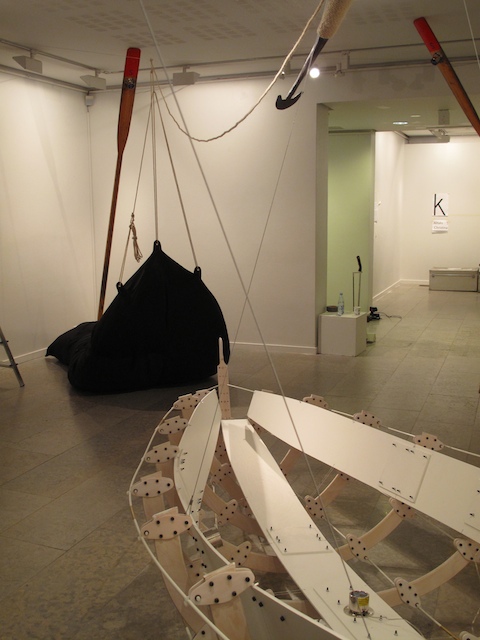 The song of the Humpback is currently whirling through space, broadcast from the Voyager I and Voyager II spacecraft for the delight and entertainment of all alien beings, but sadly it’s cousin the Sperm Whale still provides lubrication for craft such as the Hubble telescope, Cetacean DNA evaporating into the Cosmos.

For better or worse Whales are sonic beings, both served and imperiled by sound.  In 1946 the British equipped a postwar generation of Whale ships with military submarine detection sonar to locate Whales and then employed ultrasonic ‘nets’ to entrap their prey. 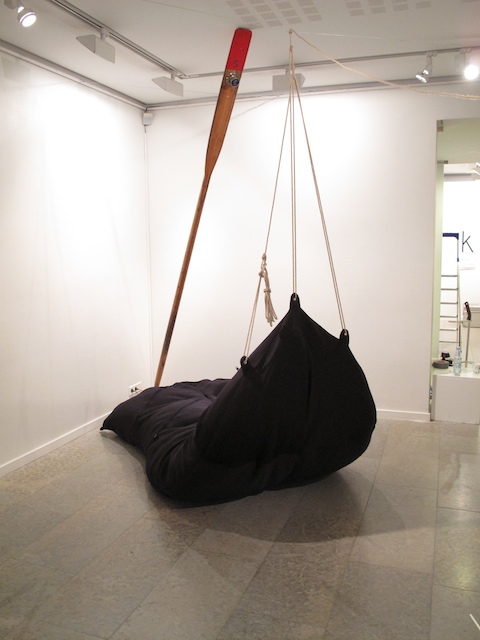 The militarisation of the Whale’s sonic world continues with the current legal battle concerning the US Military encroachment of the Deep Channel strata of the Oceans, using them for mid and low frequency active sonar detection, but with lethal consequences for Whales.  The US court has recently upheld the Military’s right to deploy such low frequency systems despite conclusive evidence that demonstrates the signals resonate the internal ear of Whales destroying their hearing and depriving them of their ability to navigate, resulting in many standings and deaths.(1) 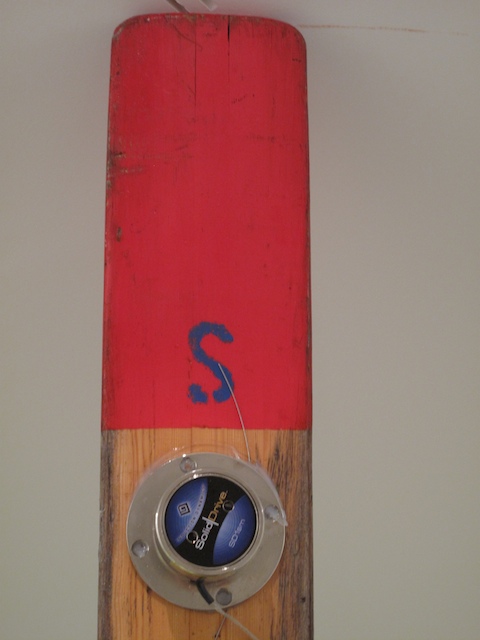 However the final irony is surely reserved for the Japanese whalers, those factory ships are deploying a US Military technology, LRAD arrays (Long Range Acoustic Devices) as sonic weapons against the anti-whaling activists onboard the Sea Shepherd, intended to cause nausea, distress and hearing damage amongst the activist crew.

There is no life in thee, now, except that rocking life imparted by a gentle rolling ship; by her, borrowed from the sea; by the sea, from the inscrutable tides of God. But while this sleep, this dream is on ye, move your foot or hand an inch; slip your hold at all; and your identity comes back in horror. Over Descartian vortices you hover. And perhaps, at midday, in the fairest weather, with one half-throttled shriek you drop through that transparent air into the summer sea, no more to rise for ever. Heed it well, ye Pantheists!
Herman Melville, Moby Dick. 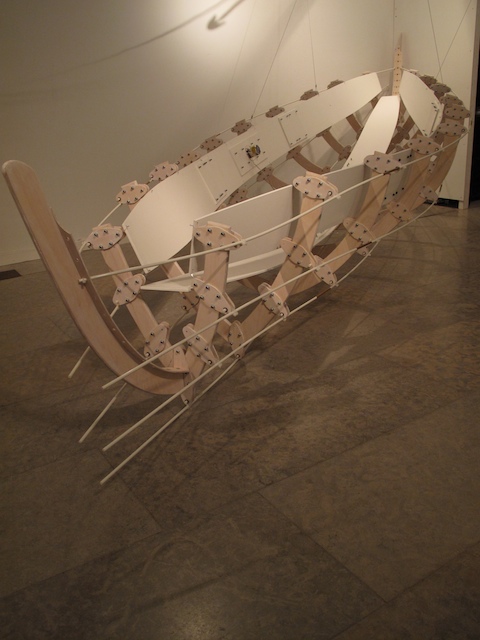 Sound mixes.
The Law of the Tongue installation operates with eight parallel audio tracks, six driving Solid Drive audio actuators that activate the skeletal vessel, and three ship’s oars, the remaining two tracks drive two large sub-woofers buried in the three metre long neoprene ‘Whale’s Tongue’.  click below to listen to fragments samples from the sound library ~ naturally these are simple stereo mixes and not actual tracks from the installation but give a good idea of the sonic content which is drawn principally from sonified water quality data, whale recordings and hydrophone recordings.

The Law of the Tongue ~ Symbiosis and Betrayal.
For Millennia, Killer Whales (Orcinus Orca) have hunted Baleen Whales along the coasts of Australia, driving them into shallow bays from which they cannot escape.  Likewise for Millennia the Yuni people of Twofold Bay near Eden (New South Wales) have formed a spiritual bond with the Orcas (Beowas to the Yuni) whom they considered to be reincarnations of their tribal ancestors and whom they sang; believing that the Orcas responded by intentionally driving Whales to strand in the Bay as a food offering to their tribal members. 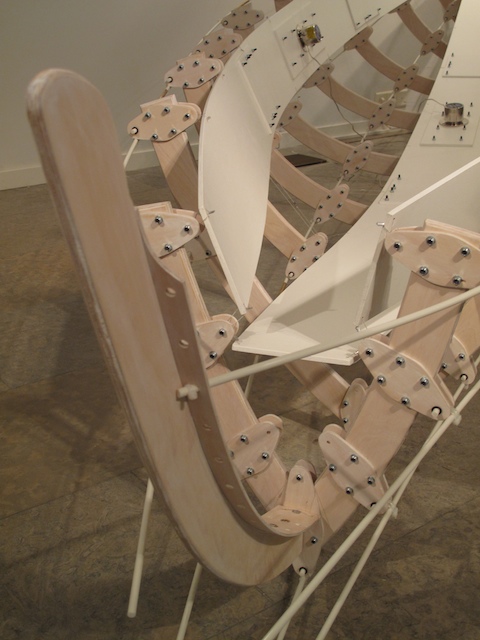 Each year for more than a century at Eden on Australia’s far south east coast, a pod of Orcas formed a collaborative Whale hunting venture with the Davidsons, a family who practiced subsistence level Cultural Whaling this symbiosis endured for over 100 years.
Members of the Orca pod would swim right into the mouth of the Kiah River where the Davidsons had their two isolated houses on the opposite side of the bay from the township of Eden. They would then noisily breach or tail-lob (or flop-tail as the Davidsons called it) until the whalers emerged and rowed their frail open boats out to meet them.  On cloudy or moonless nights, the Davidson crews would follow the glowing bioluminescent trails of the Orcas, lighting up the sea. 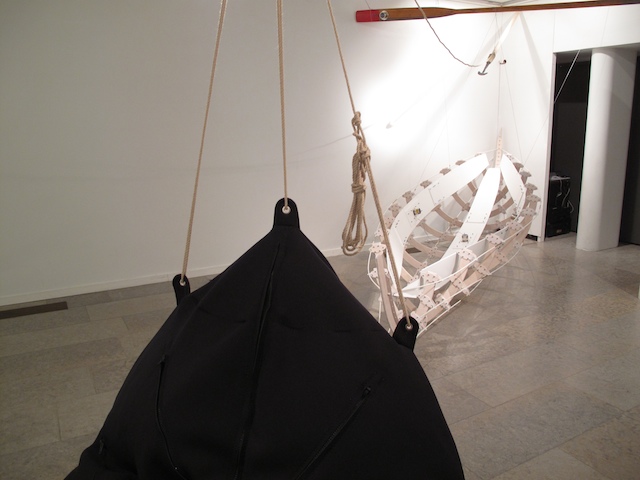 After guiding the crews to the Whale the Orcas would harry the prey, driving it toward shallow water and once the harpoon struck they preventing it from sounding (diving) often by gripping the harpoon line with their teeth.  Finally, when the exhausted victim was lanced and inert the Davidson crew would simply tag the carcass with a small anchor and buoy and row home.  As is habitual, the Orcas only ate the tongue and lips discarding the rest.
Within a day or two the carcass would gas-up and float to the surface permitting the whalers to row out and tow the remains to the beachside try works at their small whaling station on the banks of the Kiah River in Twofold Bay.  The Davidson called this interspecies contract with the Orcas The Law of the Tongue.
So close was this relationship that the whale crews would ensure the safety of the Orcas, releasing them from hazards such as net entanglements and likewise the Orcas protected crews from shark attack in the frequent accidents where boat were smashed in the chase. 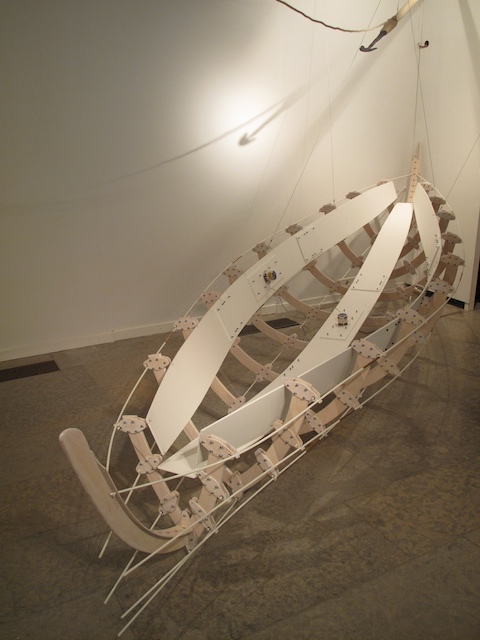 This arrangement flourished until two of the Orca pod beached and a vagrant named Harry Silks knifed them to death. Silks had to be escorted from Eden by the Police for his own safety as the Davidson crews, European and Aboriginal alike where out for his blood.  This scene was witnessed by the Orcas who vacated the bay for the remainder of the season, with only a few returning the following year ~ the bond of trust with humans had been broken. 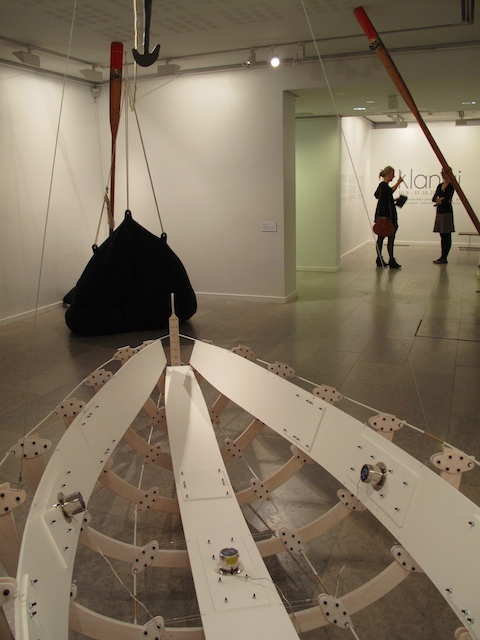 Simultaneously Norwegian Whalers operating from Jervis Bay established a deliberate campaign to shoot Orcas, whom they mistakenly viewed as competition, further decimating the local Orca population.  Old Tom the sole survivor of the Eden pod died in 1930, a full 20 years before the onset of industrial scale whaling for Humpbacks in Australia.  Old Tom’s skeleton is preserved in Eden which still shows the grooves worn away in his teeth; a result of his attempts to brake the escape of many a Humpback. 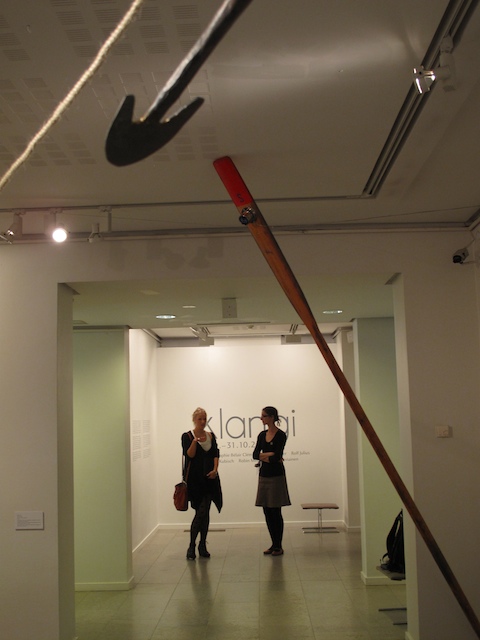 For thou didst cast me into the deep,
Into the heart of the seas,
And the flood was round about me;
All thy waves and billows passed over me.
Jonah 2:3
(1)
http://www.nmfs.noaa.gov/prot_res/overview/