You are here: Home » Padme

Views of the Padme Installation at MacQuarie University 2010.

Padme is a solar powered digital audio floating sculpture that is activated by wave motion and by water birds nudging the antennae-like motion sensing ‘whiskers’ that radiate from the work. 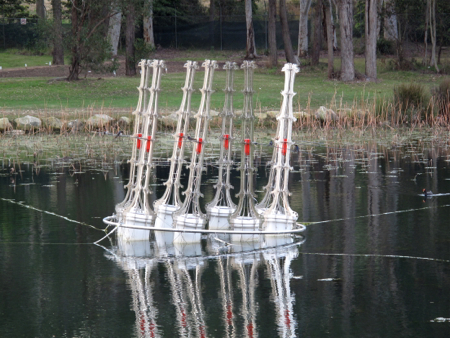 A short radio interview about the installation.

A favourite with the wildlife.

Padme (Nelumbo nucifera), the sacred lotus, is an aquatic plant that plays a central role in Indian religions such as Hinduism, Buddhism, and Jainism.

Messing about in boats and Padme at MacQuarie University 2010.
Or how to catch a chill making art in winter! 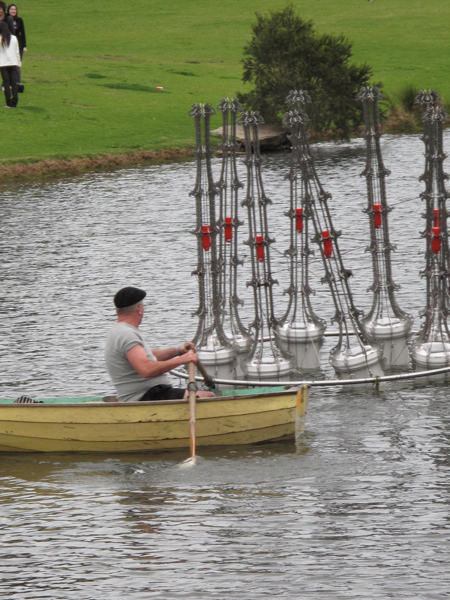 The lotus is an ancient polyvalent symbol in the Asia society. Hindus revere it with the gods Vishnu, Brahma, and the goddesses Lakshmi, Sarasvati and Kubera. Often used as an example of divine beauty and purity, Vishnu is often described as the ‘Lotus-Eyed One’. The lotus, springs from the navel of Vishnu whilst he is in Yoga Nidra. The lotus blooms uncovering the creator god Brahma in padmasana. 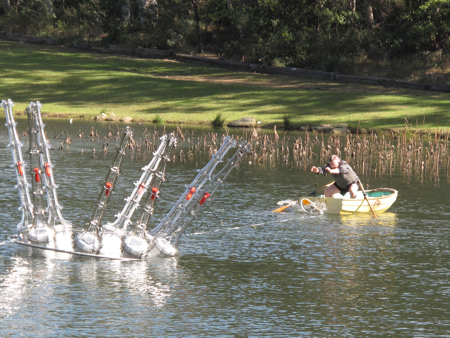 Its unfolding petals suggest the expansion of the soul. The growth of its pure beauty from the mud of its origin holds a benign spiritual promise. Particularly Brahma and Lakshmi, the divinities of potency and wealth, have the lotus symbol associated with them.

Zhou Dunyi: “I love the lotus because while growing from mud, it is unstained.” 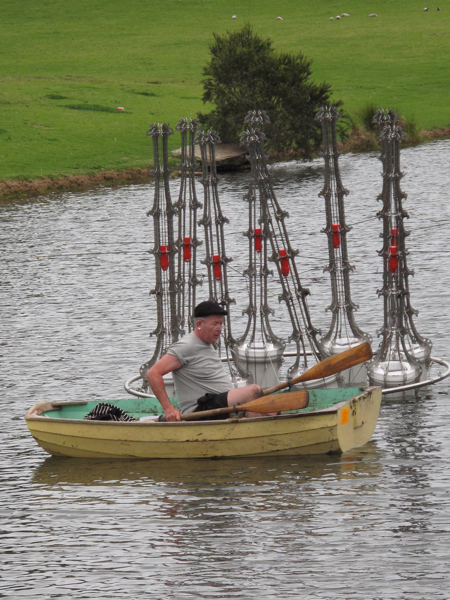