Voyages from Eden to Utopia; Hercules

You are here: Home » Voyages from Eden to Utopia; Hercules 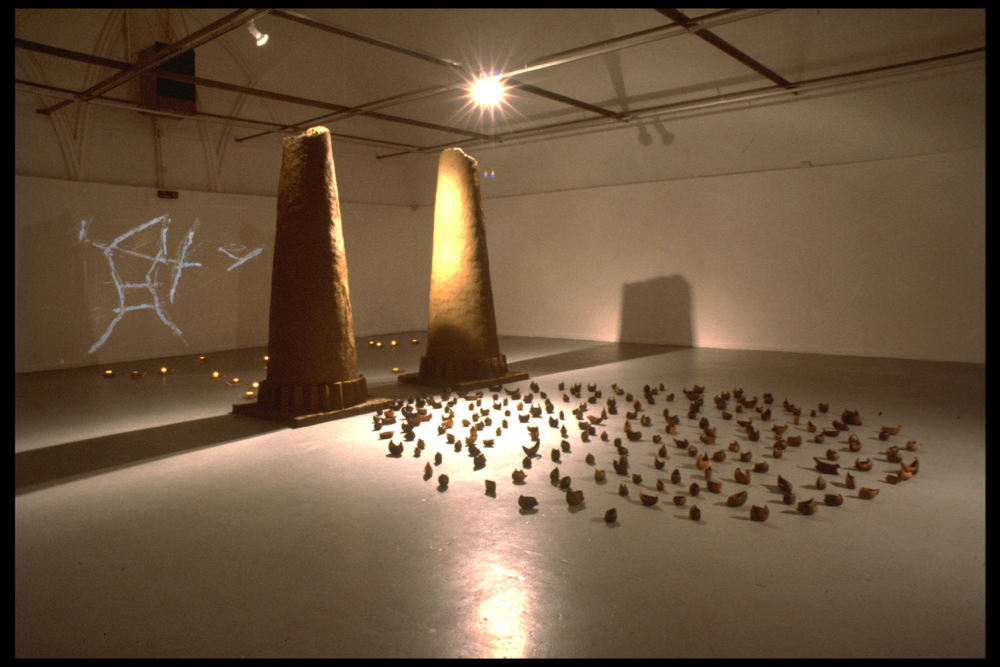 “Voyages from Eden to Utopia; Hercules” is an installation which relates to the Northern Hemisphere in the same manner that its “twin”  “Voyages from Eden to Utopia; Ophiuchus” relates to the Southern, (read in conjunction with previous notes).  The two stellar giants lay fixed head to head in the heavens, the feet of Hercules pointing to the North, Ophiuchus to the South.  (“Voyages/Hercules” was conceived first but executed as second in this series).  This work is analogous to an archaeological retrieval, a metaphoric re-vivification of midsummer’s night 500BC lying immediately East of the Straits of Gibraltar, to the North, the Rock, to the South the red cliffs of North Africa, these, the Pillars of Hercules set the seal on the known world.  The fleet of vessels hover at the threshold and calculate the potential of their transit; ultimately robbing the geographic of its metaphoric resonance as it is calibrated against the real. (The symbolic function acquiescing to the mere navigational). 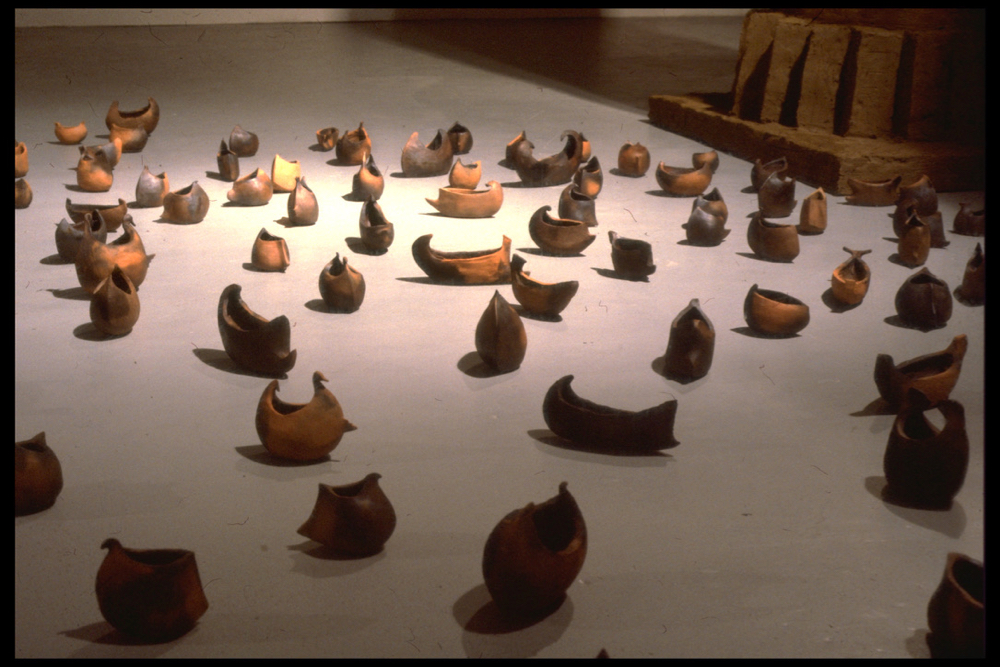 Reference to loss is further indicated in the star chart composed of small lamps and associated copper foil vessels, together with the projected drawn image of Hercules, for the early rational sciences were emerging within traditional Mediterranean cultures during this period, challenging mythic thought patterns.  Paradoxically, the earliest natural science, astronomy, through its calculus of converting myth to rational fact dismantled astrology, and as such, withdrew the most distant of human projections; thus working inward from the peripheral to the proximate.

The miniature vessels composing the main “fleet” resulted from considerable research of classical/archaic boat models, (for the main part, funerary objects, votive offerings or toys); they make no attempt at historical realism and incorporate fanciful animist imagery at both prow and stern.  They lie as a non-directional convoy; transit imminent and unavoidable.  Westward lies the dual forms of Hercules, the twenty six copper vessels and lamps forming a diagrammatic representation of the constellation, the projected drawing portraying the figure of the hero kneeling to loose the arrow Sagitta from his bow; from this point in time onward, although they remain as salient images, they will each retreat into the divided classifications of the mythic and the rational.