You are here: Home » Toll

Exhibited.
The Muu Galerie, Helsinki, Finland and at the Cholera Basin, Helsinki Harbour 1996. 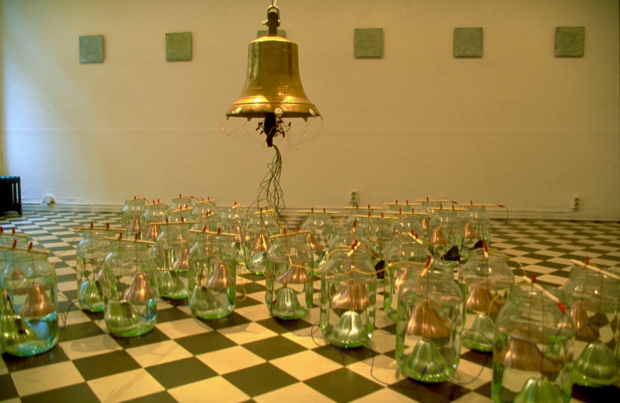 Toll.
This project was realised in the Muu Galerie, Helsinki, October 1996 as part of the “Sounds From Elsewhere” exhibition series. The work was formed by linking two sites each featuring a bell. The gallery contained a suspended bronze bell, which was excited by a series of Piezo resonators – causing it to ‘sing’ at a very high frequency. The electrical power was provided by a series of 32 Voltaic cells in the form of large glass vessels each containing two small bells, one zinc and the other copper. The second bell was located in the “Cholera Basin” of Helsinki harbour and was suspended just above the surface of the water. A microphone was installed in the place of the bell’s clapper and the sounds of the harbour environment were transmitted to the gallery via a high quality telephone link. The resulting soundscape formed in the Gallery combined the “actuality” of the Helsinki harbour, collected in the mouth of an (absent) bell – fused with the “virtual” ringing of the otherwise ‘still’ but visually present bell. 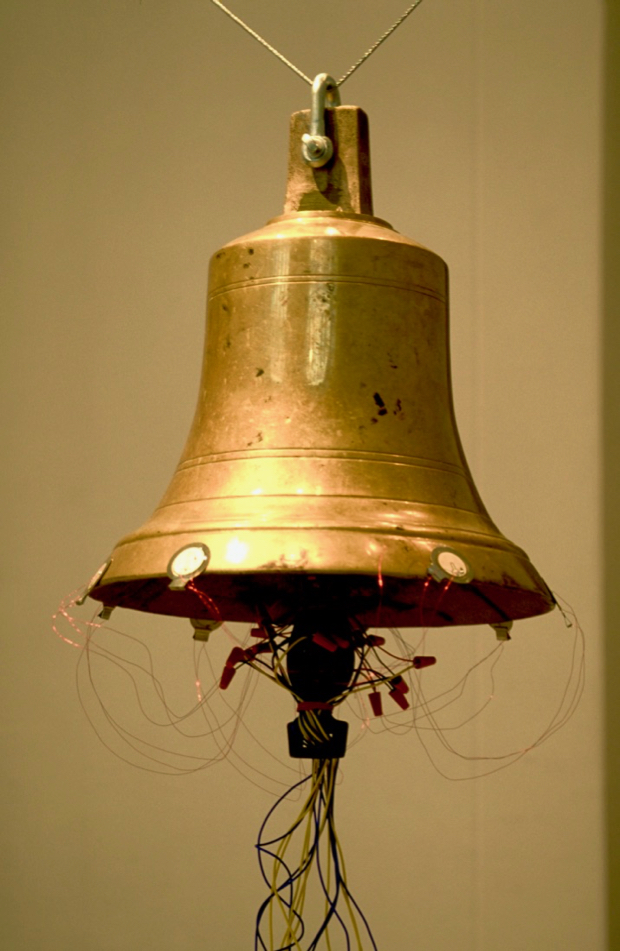 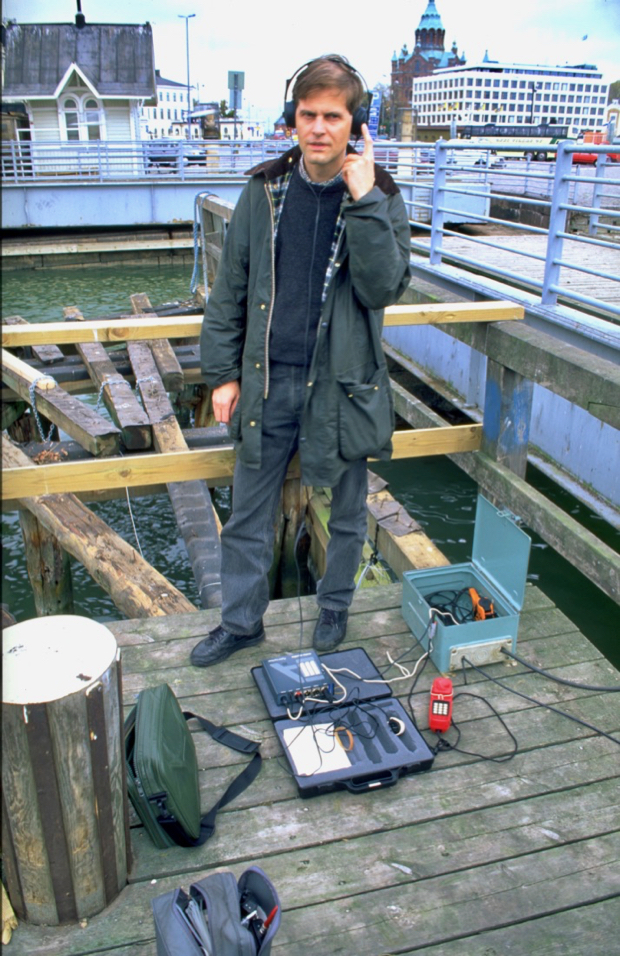 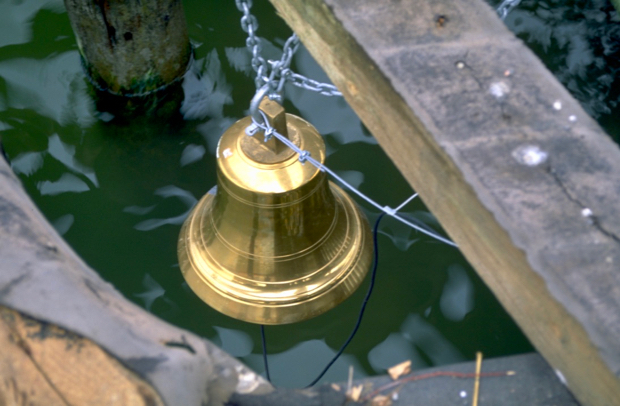