You are here: Home » Din

Notes.
The work was installed in a post-war Atomic Shelter in the basement of a former Police Academy.  The installation contained a suspended bronze bell, which was excited by a series of Piezo resonators – causing it to ‘sing’ at a very high frequency. The electrical power was provided by a series of 64 Voltaic cells in the form of large glass vessels each containing two small bells, one zinc and the other copper. 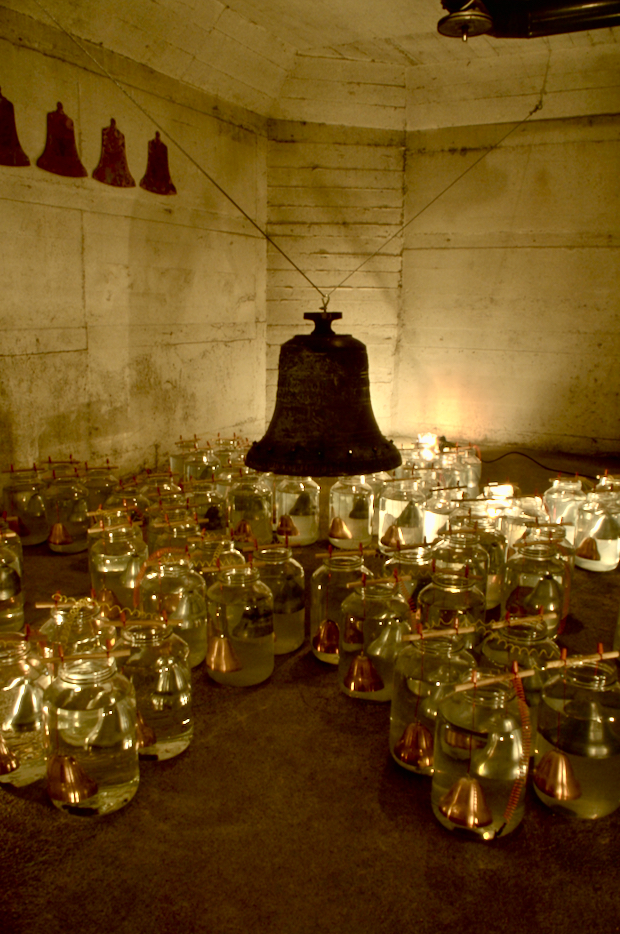 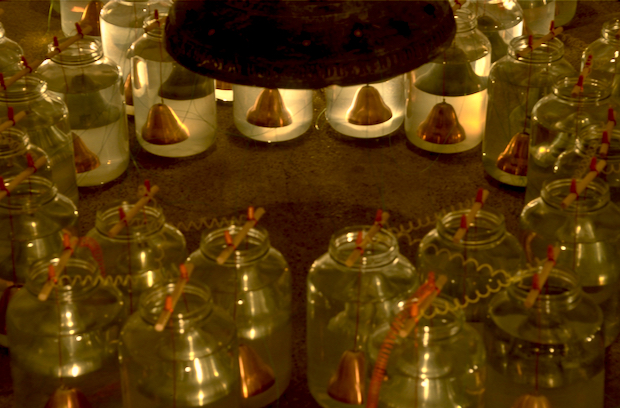 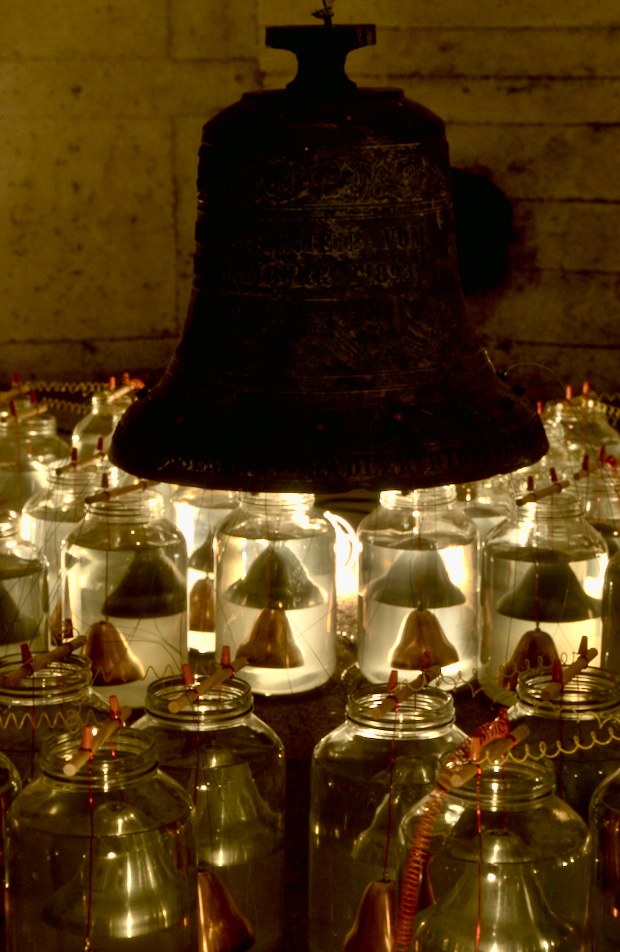 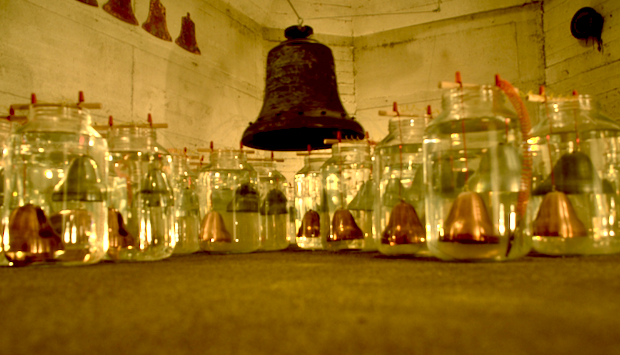 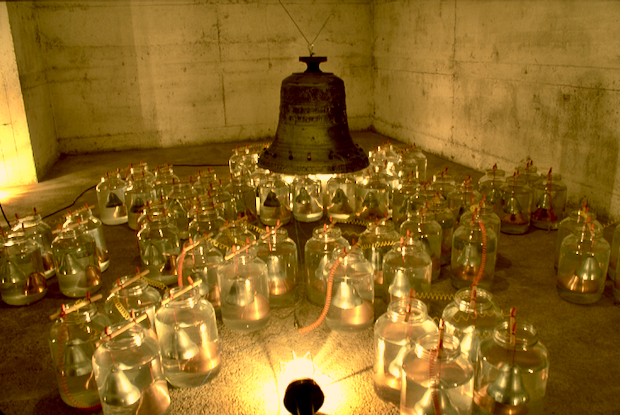 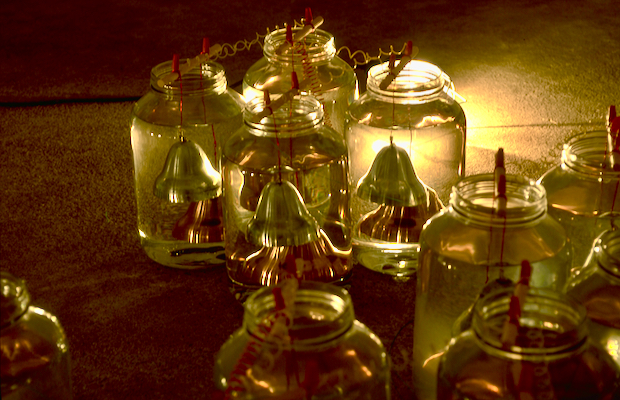 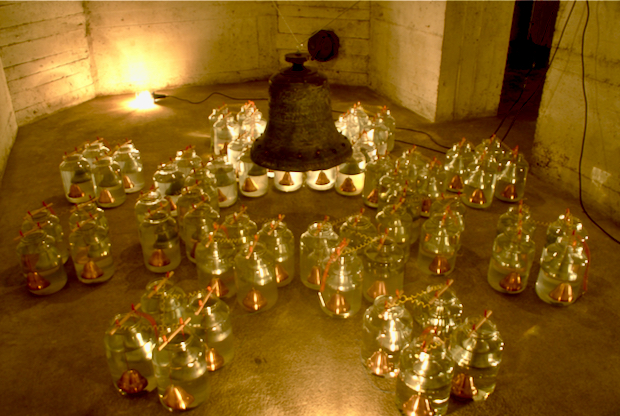 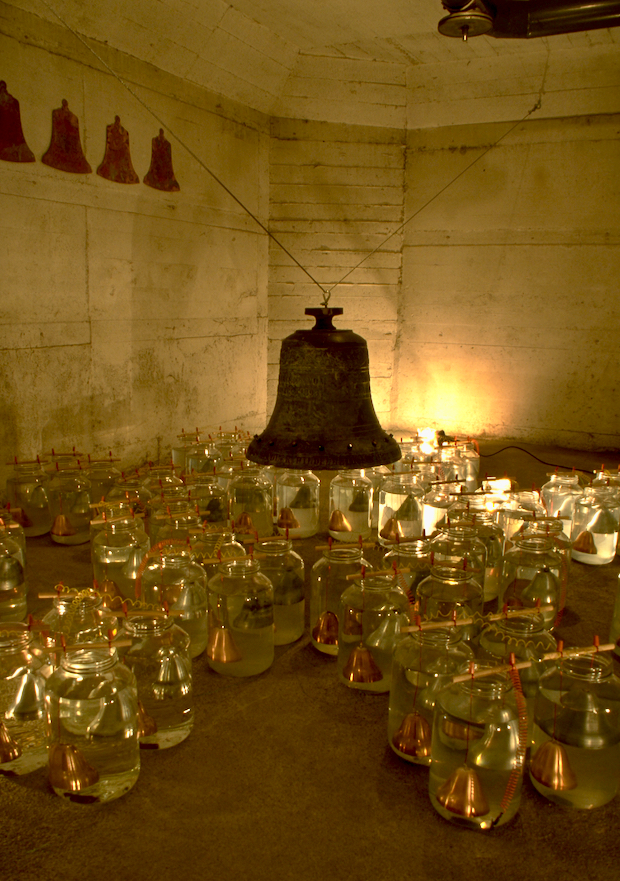 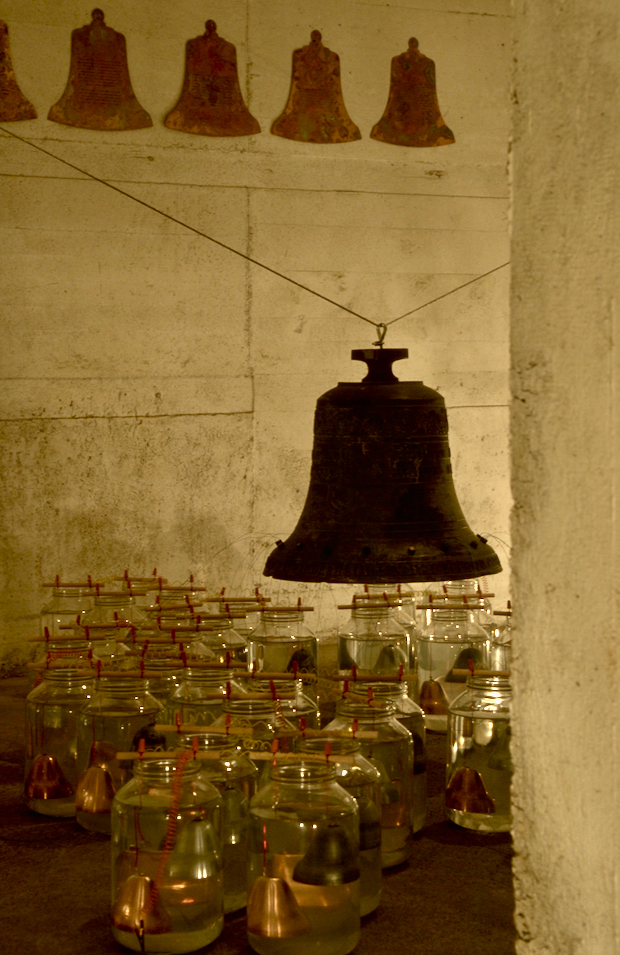 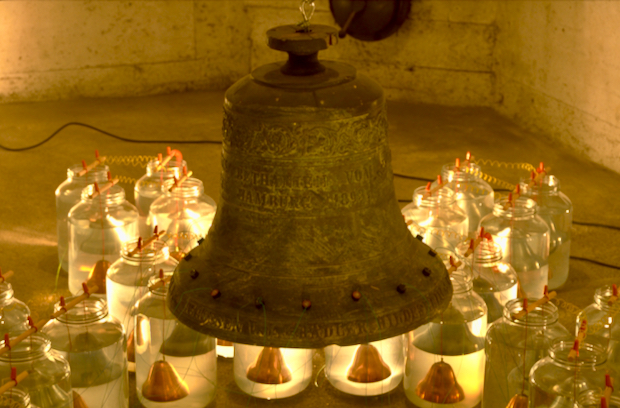