Act I. The Globe.
It has been a standing joke for years now, each time I leave London I kick myself for again forgetting to visit the New Globe.  Finally this inattention or amnesia has been remedied with the purchase of a five pound ticket for a standing place in the yard where I watched Trolius and Cressida along with seven hundred other neck strainers.

Of course I had, by mistake, been preparing myself for the bloody Titus Adronicus, so once I accustomed myself to a Greek rather than the Roman world I was content ~ either way both are soaked in gore and neither has a happy ending. 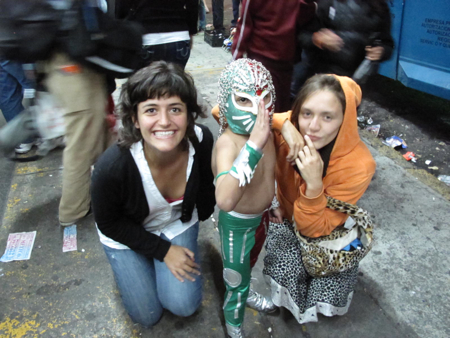 Breaking with the hallowed British tradition and playing the part of a stupid tourist, I sidled to the very front of the queue to secure a prime standing spot (all 30 cm x 30 cm of it) in the press of the crowd right at the front of the stage.  The night sky above and the galleries packed to the brim drove home the notion that this is a theatre for, by and of the people ~ and this equanimity even extended to the two Sloane Rangers who pushed in-front to spoil the view and commenced to do that which they do best, chatter away about the bleeding obvious in that ridiculous accent that causes me to roll my eyes heavenward and groan.

There are times when as a nomadic ex-pat the mother culture reaches out to shake one by the shoulders and this cultural wake-up call is especially virulent with Shakespeare, who’s allegories and metaphors are as relevant now as they were some 400 years ago.  The microcosm of the Globe, convincingly simple in its workmanlike construction facilitates this temporal wormhole, all that was missing was rotten fruit (for throwing) and three-legged stools on stage (from which to trip actors).  London was outside but which London? I was home, in which century I was unsure but home indeed!

Troilus and Cressida drew to its inevitable conclusion, the gore ceased to flow and my legs and feet came straight in on cue to remind me that I had been riveted to the spot for three and a half hours ~ I walked out onto the embankment and through the London night, still transfixed by the flirtatious Helen with her Cockney accent and the moody Achilles, androgynous in his heavy mascara and somewhat de-centred by his strong Welsh accent.

The Globe tickled the Democrat in me.  What other theatre would offer such a full-blooded experience in such an unpretentious manner and all for five quid, a bit more than a cup of coffee (or slightly less depending where you sip in London).  A bit like Opera in the Soviet Union and probably the closest you’ll get to Wagner’s Gesamptkunstwerk this side of the Rio Grande.

Act II. Arena Mexico.
It is a quiet Tuesday night outside the Arena Mexico (not that this city is ever that).  We buy tickets from a scalper directly in front of the official booth, I’m not convinced they are real, even though they are covered in fancy holographic print but we are ushered to our seats without a hitch.  Massive surges of crowd noise erupt from the stadium, as we walk past TV crews, beaming live video to gigantic screens (and millions of viewers) to take our seats in a truly family audience, the two year-old in front keeps trying to grab my beer!

Lucha libre is a (slightly) diminutive version of the Gladiatorial Arena, the combatants are announced one by one as the enter on a catwalk high in the stadium, their glittering costumes and masks amplified tenfold in the supersizeme video screens.  There are only two types of Luchadores, Rudos and Tecnicos, you’ve got it bad guys and good guys, with well defined personae and behavior (or misbehavior) patterns.  In most bouts they work in tag-teams of three known as Relevos Australianos, but as this is Mexico the rules are flaunted and there is nothing better than three Rudos giving a merciless but beautifully orchestrated beating, to a poor defenseless Tecnico.

A bout ends and the Luchadores leap from the ring in a tumult of cheers and jeers and I am back in the yard at the Globe cheek by jowl with the other punters but not for long as my reverie is broken by a line of over bronzed, silicon enhanced senoritas (the girlfriends of the Luchadores) who mince down the catwalk.  They fail to perform a convincing shimmy to the raucous Latin music, demolishing yet another stereotype ~ in any case all the girls in Shakespeare were boys, eye candy to some I suppose!

Part sport, part theatre and above all syncopated gymnastics, Lucha libre aims well below the belt, pushing the most primitive emotional buttons.  Life is rendered as dark and light, personified in the archetypical figures of the Beast and the Evangelical.  Mephisto’s team of underworld devils leap, Haka-like, around the ring, somersaulting up onto the ropes, tumbling like Mummers and snarling at the Tecnicos.  Mistico and his to silver clad clones are costumed like clergy at a Mardi Gras parade, hybridised with the Conquistadores, giant crucifixes embroidered on their shimmering thighs.  Their silver masks reminiscent of El Santo a cult Luchador from the 1940s who made it big in Mexican cinema with titles like Santo el enmascadado de plata, contra las Mujeres Vampiro (Santo of the Silver mask against the vampire women ~ a classic from 1962, try to see it!).

The Rudos blend a muscular form of Heavy Metal and the prehispanic obsession with human sacrifice (and cannibalism).  The human skull featuring as a universal icon for (what now symbolises) a Gothic sensibility, a force to counter the rational and self-righteous with its dense chaotic shade.

But we are here for the action and it is delivered nonstop and at an alarming rate. Double somersaults, flying neck scissors and the use of the ropes as a lunch-pad, as good-guys and bad-guys alike leap onto their opponents, even outside the ring where they demolish the front rows of the crowd to the delight of the TV crews.

We are such stuff as dreams are made on and our little lives are rounded with a sleep.  No plot, no soliloquy, no deep inner reflection concerning the construction of drama lurked in the arena that night, no Prospero to guide us gently to a final reconciliation ~ too much action for this.

Of course Shakespeare was never afraid to call a spade a spade, just look at the tragic career he dished out to poor Othello.  The Moors after all had only recently been ousted from Spain in 1492 (just 112 years before Othello was first performed) and ironically the same year that Cristóbal Colón (Columbus) sailed west.  Hérnan Cortés campaigned against the Aztecs at Tenohtitlan only twenty-seven years later (1519 ~ 1521) with his small band of soldiers, battle hardened in the struggle against Islam ~ these were hard men with a Medieval mindset, the last of their kind.

Likewise Lucha libre likes to play the race card.  Onto the catwalk prances a meaty Japanese Luchador sporting a ginger Rod Stewart hairdo and a rising sun cape ~ it is obvious the crowd already hate him!

The gringo proceeds to beat a nice clean-fighting Tecnico to a pulp, laying him low and immobile.  The crowning offense is delivered as he spreads his rising sun cape over the prostrate body and performs a deep Buddhist bow before snatching up his cape and swaggering from the ring, to the hoots and outrage of the entire stadium ~ Machismo y Patriotismo are a powerful combination, even the two year old seems to be pissed off!

All good things come to an end and we head out of the Arena towards a local Cantina but are stopped in our tracks by a three-year old mini-Luchador who whirls around on the sidewalk delivering fatal looking karate blows.  Is it a matter of degree or of difference I wonder?  Wouldn’t it be wonderful, the next time I leave a Bell Shakespeare production to see a mini-Falstaff cracking ribald jokes in the foyer.

← Snap, Crackle and Pop; On listening, memory and amnesia
EcoLocated: Art Science and the Environment. →