You are here: Home » What Survives

Consisting of three major gallery-based sound installations and a program of commissioned works for two sound stations in the building, What Survives explores the real and imagined remnants of human presence in architecture.

The structures we build bear silent witness to human behaviour—what have the walls, beams and girders absorbed and what sonic secrets can be coaxed back out of them? Does this ephemeral material influence the energy of the spaces we inhabit? Taking inspiration from Rilke, What Survives conveys the indestructibility of energy and its subsequent transformations and manifestations. 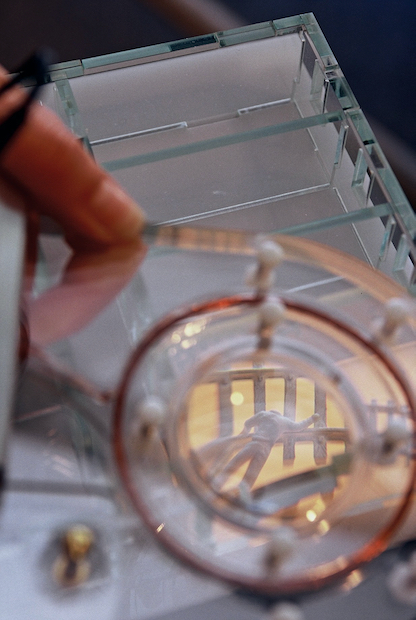 Nigel Helyer’s The Naughty Apartment uses, as it’s starting point, the rich material of Mikhail Bulgakov’s novel The Master and Margarita. The mysterious apartment, No.50 of 302-bis Sadovaya Street, is replicated as a series of transparent architectural models. The viewer is invited to peer and listen in on the curious events taking place in this nor- mally quiet apartment block, positioning them as voyeur, or worse still, spy. The technologically meditated method of reception creates a kind of supernatural magic as zones of sound appear and shift in relation to the sculptures. Gail Priest. 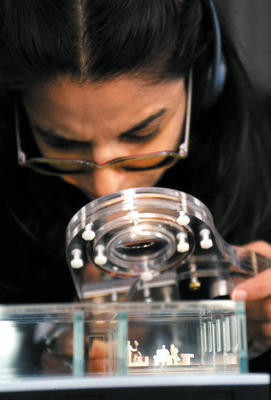 The Naughty Apartment at The Performance Space 2006.

I am one of those readers who become obsessed with certain authors and who rapidly exhaust their oeuvre. The Russian writer Mikhail Bulgakov is one of these passions and in particular his magic realist novel The Master and Margarita, an allegorical and darkly satirical tale of a visit to Moscow by Satan and his entourage to conduct Satan’s Ball. Much of the action unfolds within Bulgakov’s own apartment (the infamous apartment No.50 of 302-bis Sadovaya Street). 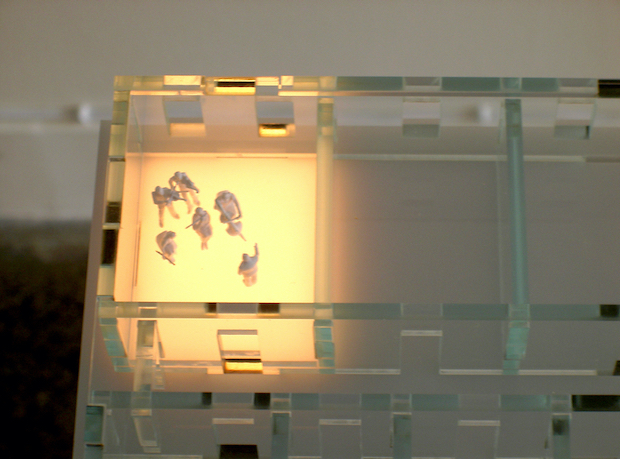 The Naughty Apartment is an exploration of architectural space in the realm of fiction and fiction within architectural space. I have never visited No.50 of 302-bis Sadovaya Street in person but my good friend Andrei was able to draw a rough plan of it on the back of an envelope between drinks. In this work each of the eight rooms contain a vital scene from the novel, the dramatic events elaborated by an audio narrative.

The laser-cut acrylic model apartments conceal a simple wire loop antenna, which although ‘powered’ by an audio signal, in fact emits only a weak, local electromagnetic field (i.e. the models do not make any sound). Each hand-held receiver unit contains a magnifying glass and matching coil-antenna that when placed in close proximity to the model’s antenna is, in turn, energised by the electromagnetic field. The resulting signal is processed by a small audio amplifier (located within the magnifier’s handle) and sent to headphones. Whilst technologically simple, this method of audio transfer via electromagnetic induction is quite beguiling and creates a quasi-magical effect similar to the ethos of the novel itself.