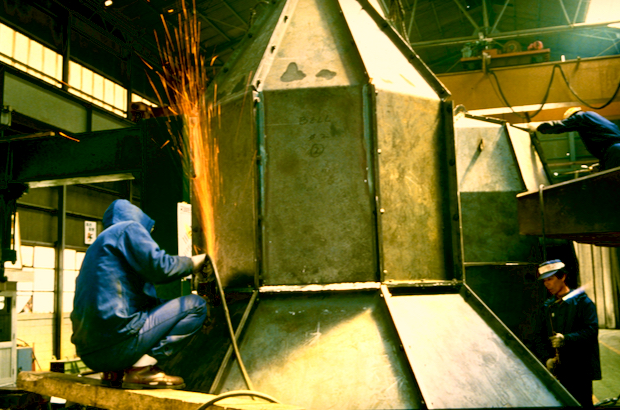 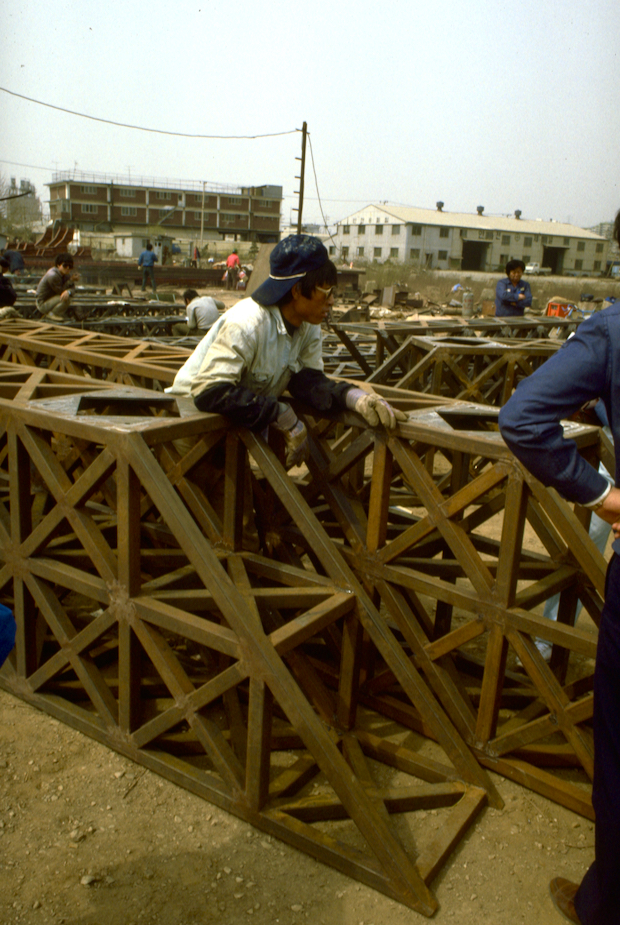 Notes.
If I were to nominate two salient characteristics of my work practice (to remain with me on my desert island!), my choice would rest upon the following:- the first shall be called “Transition”. 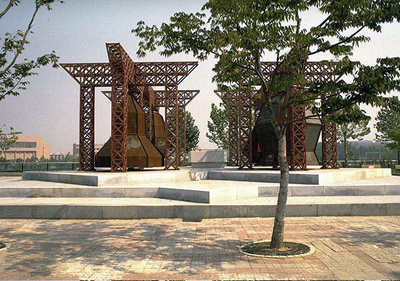 Transition as a historical process, which negotiates the passage(s) from traditional social and cosmological patterns to those contemporary social forms, moulded by scientific and economic “Rationalism”.

The second is “Metaphor” – as the dynamic which drives the “poetic’ act, subverting the legitimate forms of the quotidian. The infectious combinatory actions of metaphor destroy the normative (and singular) restrictions of sanctioned language, by delivering a “double-vision”’; the single (authoritarian) voice is replaced by the irreverence of polyvocality. 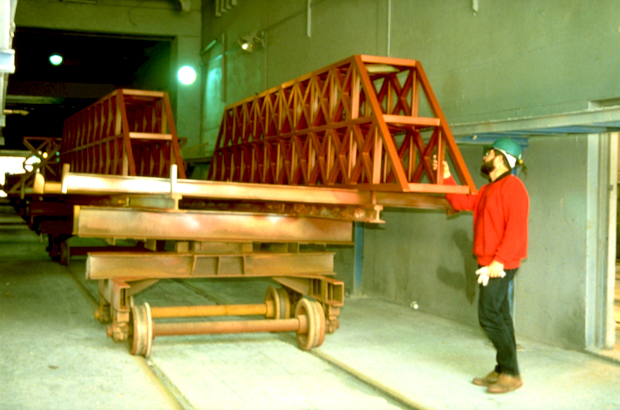 But how does the above relate to my work for Seoul; “Din; Ding-Dang-Dong”? For even a casual visitor it is plain to see that Korea is a culture in transition. A long and clearly evident tradition with its cosmology’s and iconographies intact and operative now co-exists with the progeny of the industrial revolution, and the (mixed) blessings, which are its inevitable consequence. Within this context “Din; Ding-Dang-Dong” is squarely rooted upon the twin themes – Transition and Metaphor. 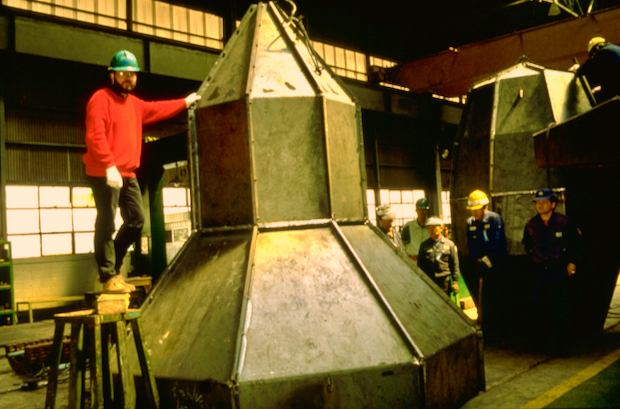 The central “Crucible/Bell” elements of the work are iconographically keyed to both the historical Korean tradition of the “Heaven Bell’, and directly invokes their resonant spiritual connotations. 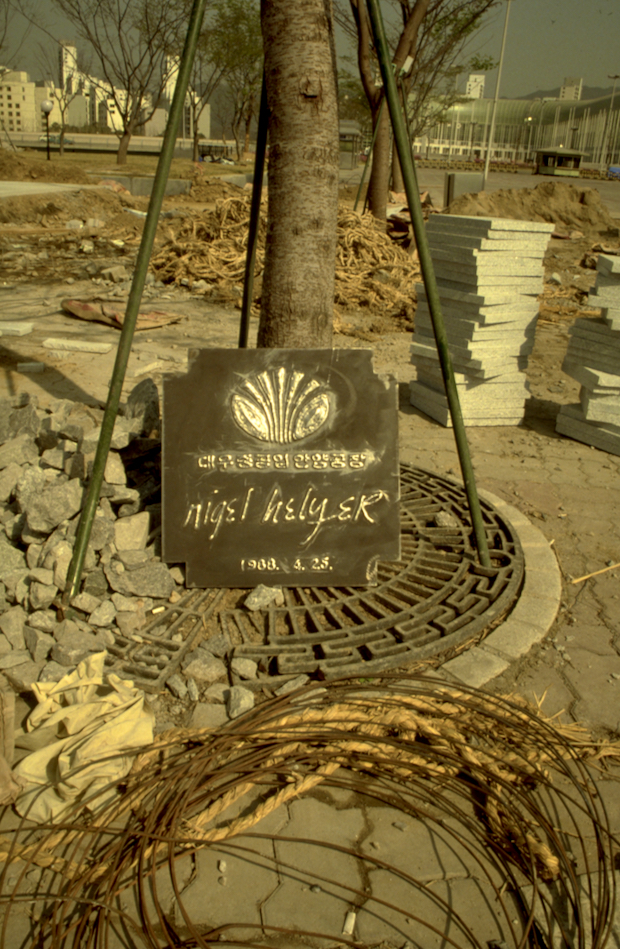 Simultaneously they are direct descendants of William Blake’s “Dark Satanic Mills” of my own culture – The Bessemer Converters and Reverberatory furnaces of heavy industry, an epoch which ironically is slowly expiring in the West, only to be re-born in Asia! 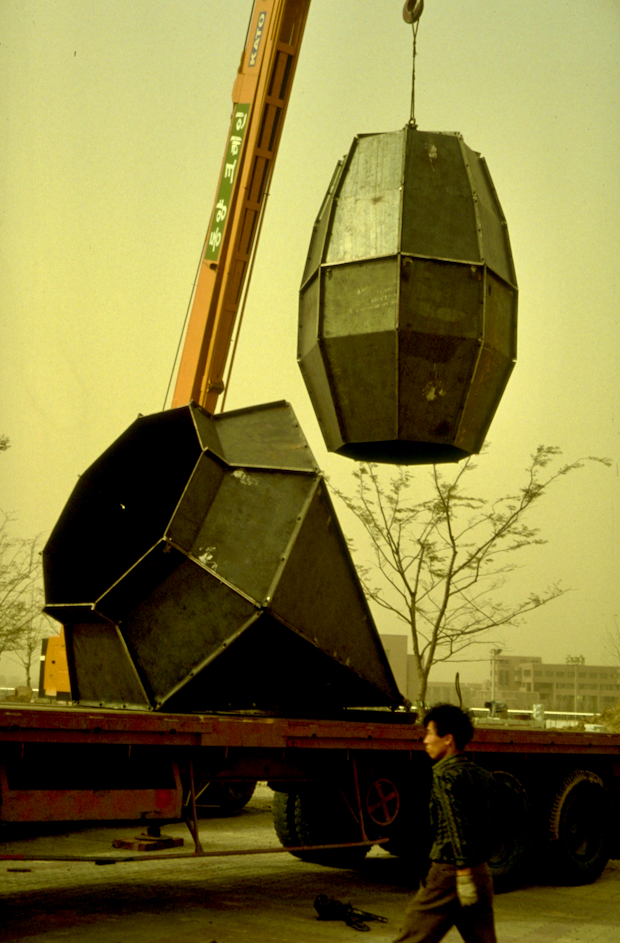 To engage the work, it must be entered both physically and metaphorically; it must be acknowledged by a full range of senses, as a site – it must be experienced primarily as a “place”, certainly never regarded (from a distance) as a retinal “object”. It is intended in the first instance as a Kinaesthetic architecture, its role as an intellectual image is an inevitable co-incidence! 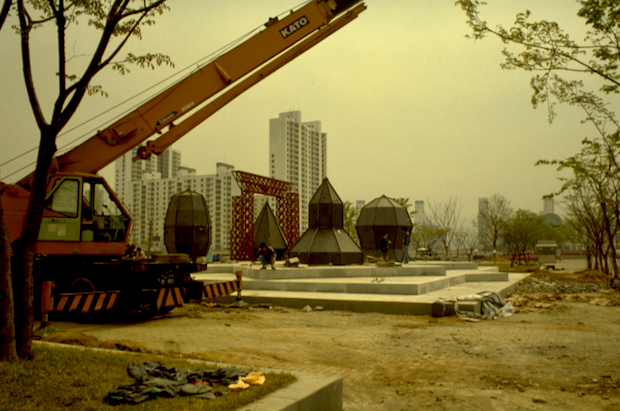 The site presents a range of sonic capacities which are latent; those who wish to engage the work physically are invited to summon up a series of tones, but beyond the immediate presence of these notes lie the pure harmonics of the ancient bells resonating in company with the reverberations of the steel-works – the metaphor re-orders history and implodes the contradictory. 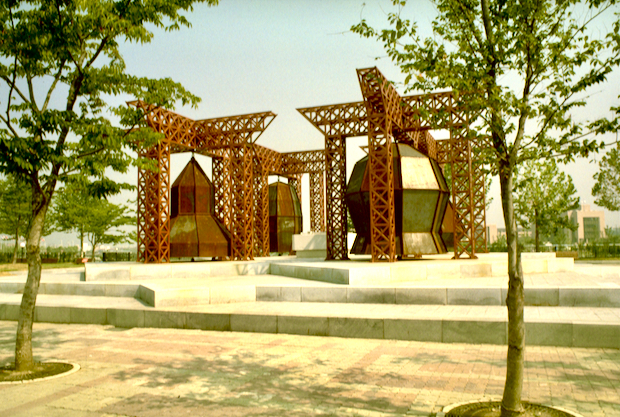