You are here: Home » LandFall

LandFall is situated in the marina of Port Coogee, Western Australia and responds to the history of the wreck of the Omeo that lies close to the shore.

The Omeo was built in Newcastle-upon-Tyne in 1858 as an iron steamship, but was later converted to sail.  She was lost in a storm on the Western Australian coast in 1905 and is now incorporated into an underwater trail. 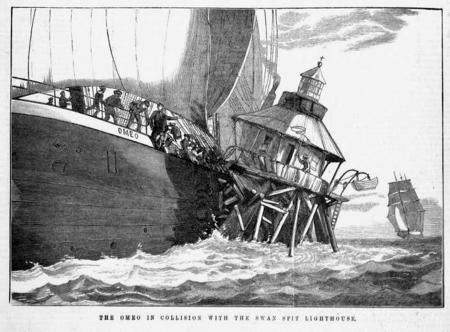 Omeo seemed prone to near misses 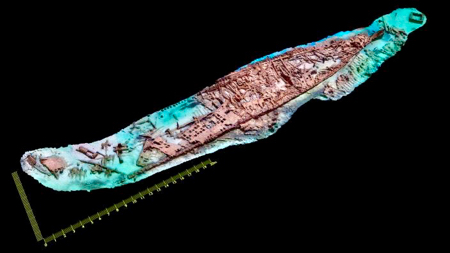 Scan of the wreck site. 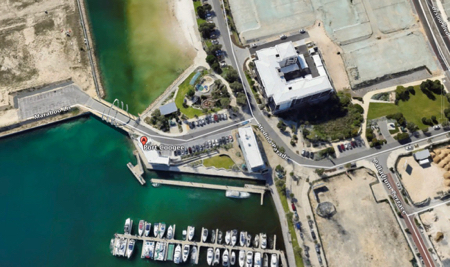 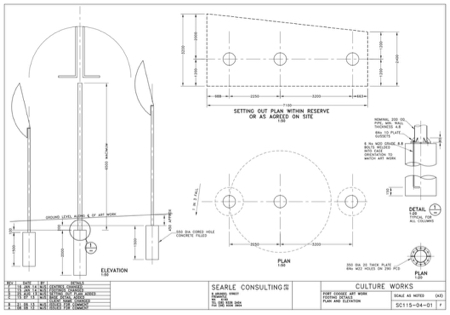 Landfall was developed as a passive kinetic wind activated, sculpture that resonates with the rigging and motion of a sailing vessel.

The work comprises three units mounted atop of vertical support columns.  The two outer columns support a single vertical aerofoil capable of rotating 360 degrees, whilst the central column is surmounted by a two sets of foils, each configured in an “L” formation and which are capable of rotating 360 degrees about an axis at 45 degrees to the ground plane – in turn the entire assembly can rotate 360 degrees about the horizontal plane. 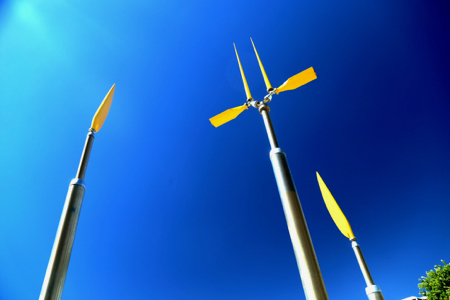 The work is designed to respond to wind movements and shifts, with the two outer units simply responding to wind direction (somewhat like a wind-vane). 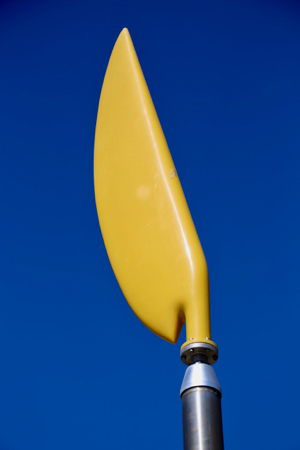 whilst the central unit has a more complex movement resulting from the interaction of the two sets of foils which constantly attempt to ‘feather’ themselves. This behaviour guarantees that the work presents a low wind resistance profile and is in effect self regulating. 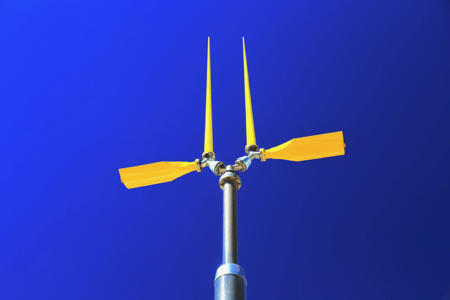