You are here: Home » Breathless; Take a Deep Breath

My creative practice is increasingly focussed upon bringing together the physical and ecological environments together with our social and cultural contexts.

Using the media of multichannel sound installation; data sonification and sonic cartography these hybrid works are designed to create new forms of sonic space in which it is possible to experience, examine and reflect upon the complexities and consequences of our interactions in an increasingly chaotic world. 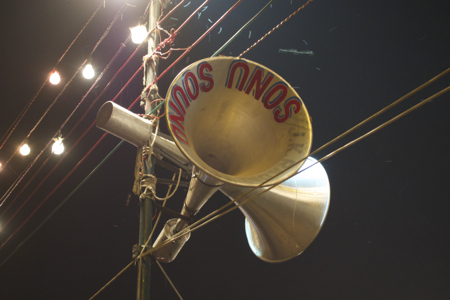 Take a Deep Breath; Breathless was commissioned by the Sound Reasons, Sonic Cities Festival 2012 and took place in Delhi, India under auspices of the SARAI new media foundation.

Check out the Sound Reasons site.

Take a Deep Breath; Breathless is part of a research series that investigates the sonification of environmental data and how the resulting sound works can be installed into public or architectural space.

Conceptually the work is similar to VoxAura commissioned by Turku, European Capital of Culture 2011, in that it is structured in two parts, one originating in a social and cultural context, the other ecological and environmental.

The aim of the work being to integrate and interrogate the relationship between these spheres, and present them in an outdoor urban environment and/or architectural space. 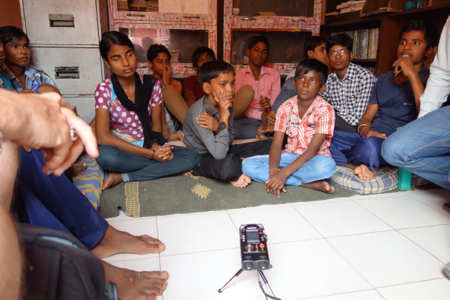 Take a Deep Breath; Breathlessconcerns the atmosphere, the breath and the act of breathing. Breathing as meditation, as respiration, failing breath in respiratory diseases, the breathy sounds of our voices, of song and flute – ultimately the metaphor of breath as life itself.

During my sojourn in Delhi I recorded a large audio library that embraced a wide range of ambient, vocal, environmental and musical sounds, in effect an AudioPortrait of the environment. 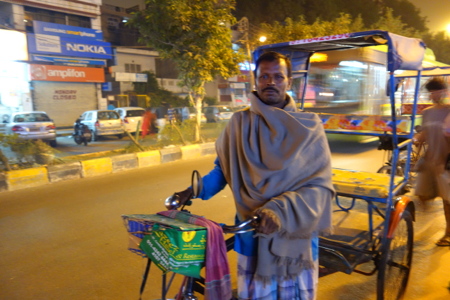 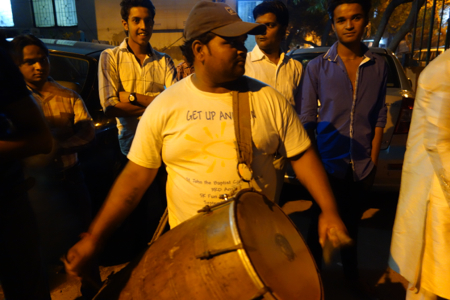 Atmospheric data was sourced directly from the City’s environmental monitoring system providing a constant and somewhat alarming stream of digital information on the levels of pollutants in the Delhi atmosphere.

Ironically during my visit to India New Delhi experienced the worst air pollution on record and I came down with Bronchitis! 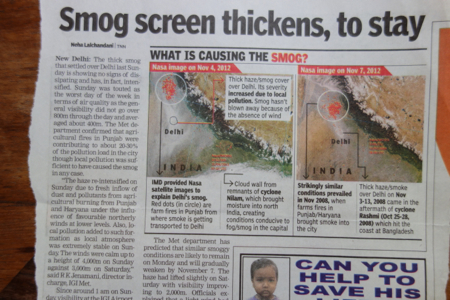 Read all about it.

From a technical perspective the system consists of two components ~ firstly a large audio library that is capable of being updated via wifi – the second element being a correspondingly large library of environmental data-sets which can be accessed either in realtime (online) or updated via wifi on a regular basis.

The system computer selects a sound file and data file at random and convolves them to render two stereo audio streams to the speaker array which was installed in the gallery space of the Portuguese Embassy’s Cultural Centre. 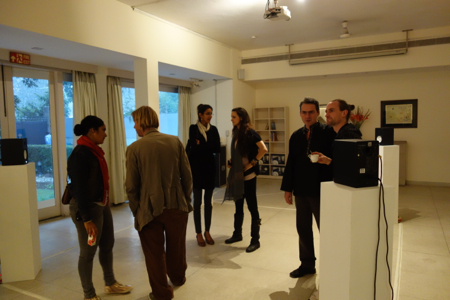 One stereo pair of speakers plays the unadulterated audio file whilst the other plays the harmonic data-music that simultaneously renders some of the data structure, but which also has a sonic imprint of the audio original. 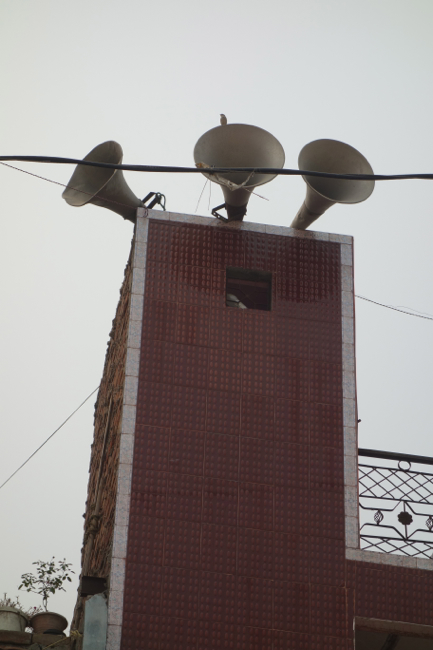