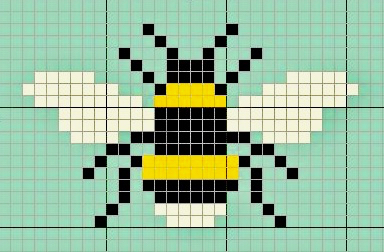 A spider conducts operations that resemble those of a weaver
and a bee puts to shame many an architect in the construction
of her cells. But what distinguishes the worst architect from the
best of the bees is this, that the architect raises his structure in
his imagination before he erects it in reality

So can an insect Dance about Dancing?
Or Think about Thinking?
Or is the mechanistic metaphor too simple?

So what of language, of negotiation, of discussion ~ where do bees fit? Karl von Frisch who decoded much of bee communication (awarded the Nobel prize in 1973) and held a strong empathetic relationship with bees characterised it as symbolic, as a language but never speech, it is a precise and highly differentiated sign language. 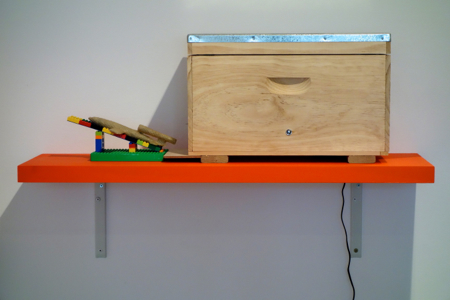 Karl von Frisch and his assistant Martin Lindauer conducted the bulk of their research on bee communication and behaviour during world war two in a relatively peaceful rural setting. As partly Jewish Von Frisch would have lost his professors post, it was only a plague of Nosema Apis that threatened the Nazi war effort that gave him a temporary reprieve.  It is hard to miss the irony that whilst the human world descended into chaos von Frisch decoded the complex, highly organised and cooperative organisational and behavioural structure of the hive and the individual bee.  Von Frisch and the bees outlived the Third Reich! 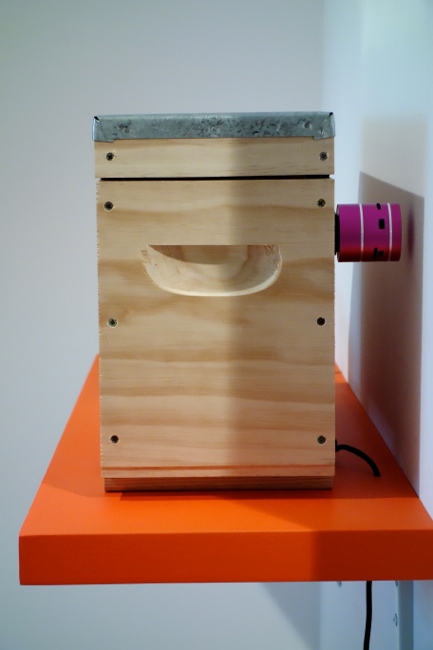 There is no reason to suppose that lesser being are devoid of sentient life…Do Moths dream? Do they know they are lost when, mislead by a flame, they enter a house to die? 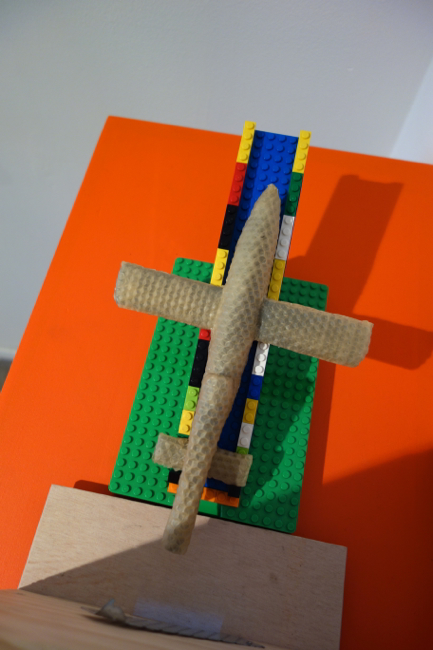 By what criteria can we judge the behaviour and the language of beings so ancient and so utterly alien to ourselves?  Such judgement is a paradox of our own language and the Procrustes Bed of our intellect and sensoria.

Strange subject perhaps! However for millennia colonial insects, ants, bees and termites have been employed as models of social hierarchy and especially noted for their prowess in conflict. 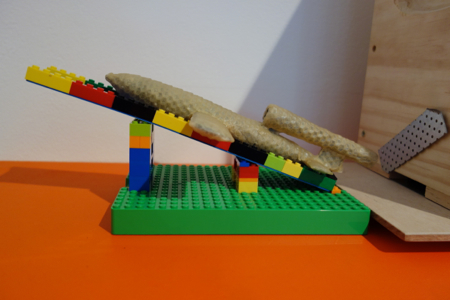 Bees have been at the forefront of entomological warfare from the outset ~ indeed the word Bombard is derived from Latin meaning buzzing or booming and is the Genus name for the Bumble Bee Bombus ~ so some examples.

Bees have been actively employed in warfare since antiquity, and there is a well documented dramatic decline in honey bee population during the late Roman era, principally caused by the use of hives as missiles, launched via catapults during sieges and in open field warfare.  The practice of weaponised bees was widespread, English castles had Bee Boles constructed along the battlements, with hives ready to fall upon foolhardy invaders.

Even Richard the Lionheart employed Nest Bombs during the third crusade against his moslem enemies.

Mad Honey ~ In the Fifth Century BCE the army of Xenophon was bought to its knees (literally) due to his men bingeing on mad honey, the product of bees foraging exclusively in Rhododendron groves.  The Romans later employed this toxic substance to good strategic effect and during the C18th up to 25 tonnes of Turkish deli bal was shipped annually to Europe where, in mild doses it was used as an intoxicant.

Swarming is a powerful metaphor currently applied to contemporary military strategy.  The Rand Corporation’s report Swarming and the Future of Conflict commissioned by the US Department of Defence promotes the swarm metaphor, of semi-autonomous, networked units mobile units that continuously synchronise and adapt.  Swarms are complex adaptive systems, but have no central planning, simple individual rules and non-deterministic behaviours that evolve with the specific situation.  Somehow the Rand Corporation have characterised bee swarms as malevolent and aggressive!

The gradual symbiotic transformation of the honey bee and its inclusion within the human orbit precedes the domestication of other species by millennia.  Selective breeding and husbandry techniques have modified size, behaviour and productivity, but contemporary research interests seize upon other key bee features such as sensory abilities, communication and navigation to recast the bee in the mould of informatics and robotics.

Bees and the products they collect (and metabolically filter) are increasingly used for Biomonitoring toxic and trace elements. However unlike mans best friend (the Bassett Hound) bees are not obedient to human demands or affections and have a tendency follow their own (non mammalian) agendas.

From their home they fly now here, now there, feeding on honey-comb and bringing all things to pass. And when they are inspired through eating yellow honey, they are willing to speak truth; but if they be deprived of the gods’ sweet food, then they speak falsely, as they swarm in and out together.