You are here: Home » VoxAura

This is the VoxAura; The River Sings project which opened on August 4th 2011 as part of the Turku is Listening programme during the Turku 2011, European Capital of Culture.

A pre-event discussion of the VoxAura Project.

Our blood has the same salinity as the Ocean, a reminder of the origin of all life on the planet and a warning that we share our well being with our vast and indifferent mother.

As terrestrial dwellers it is easy to overlook the fact that we inhabit an essentially two dimensional space which has surface area but scant depth. 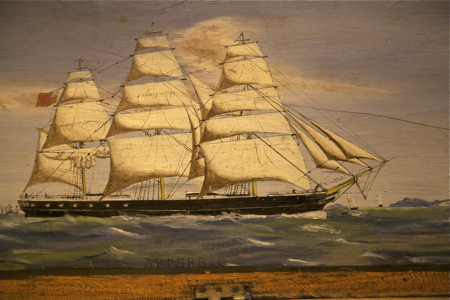 By contrast the marine world is three dimensional, it’s depths accounting for 99% of the Biosphere and it’s surface accounting for 70% of the planets area. The ocean forms the principal inter-face for chemical exchange with the atmosphere, absorbing carbon dioxide and releasing oxygen – it is the pump that drives climate and regulates the air we breath. 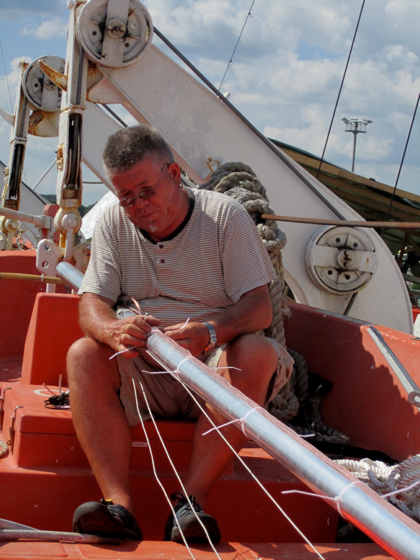 Like other semi-enclosed bodies of water, the Baltic is brackish, it’s waters less saline than our tears. The River Aura flows through the port city of Turku, past the maze of low granite islands that form the Finnish archipelago and into the Baltic, carrying with it a mixture of chemical nutrients and effluents that simultaneously drive the annual algal bloom and degrade the complexity and fecundity of marine ecosystems. Put simply the Baltic has lost it’s clarity and it’s fish but has gained the reputation as the most polluted sea in the world. 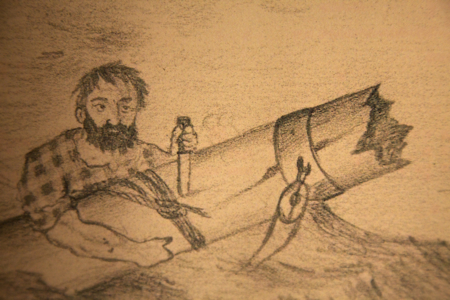 VoxAura; the River Sings suggests that we pay attention to these complex issues that ultimately control our destiny by listening to the chemical composition of the Baltic. 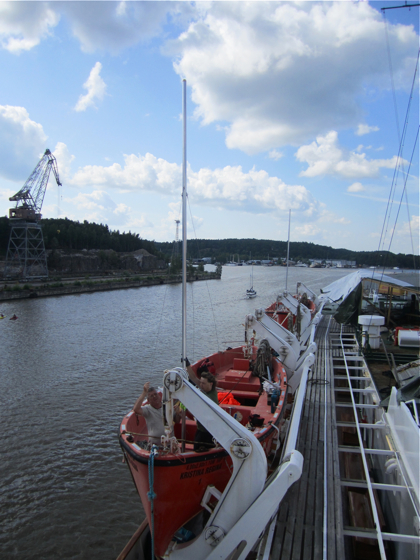 The River Aura, Turku from the LifeBoat deck of the MS. Bore.

The project consists of two vessels, moored either side of Turku’s Theatre Bridge, equipped with speakers which broadcast a soundscape.

The first of these plays material from a large archive of sound recordings which evoke the maritime traditions and marine environment of the Baltic; whilst the second transforms this material, allowing us to ‘listen’ to water quality data that is constantly collected by two trans-Baltic ships and downloaded to the work.

Preparing to launch the two lifeboats and deliver to the installation site.

The project’s computer system takes variables from this data, such as position, depth, temperature, salinity, turbidity and pH, using them as musical parameters to transform the source audio (which is playing simultaneously on the first vessel) producing an ethereal ‘datamusic” as a metaphor for, or analogue of the chemical composition of the sea.

The audio CD is a sampler of the VoxAura, the River Sings project which is part of Turku is Listening a series curated and produced by Simo and Tuike Alitalo during Turku 2011 European Capital of Culture. 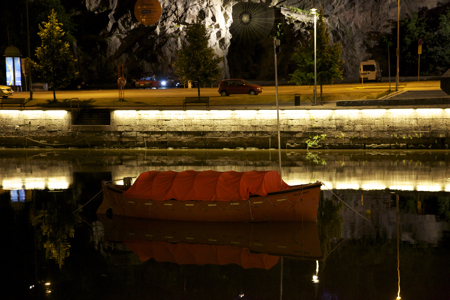 The project was conceived and realised by Dr. Nigel Helyer with the collaboration of Dr. Jon Drummond who developed the audio engine and the technical system design.

Many thanks to Timo O Nenonen for his on-site installation work, to Seppo Kaitala and the Finnish Environment institute: Marine Research Centre for providing the water quality data from the M/S Finnmaid & M/S TransPaper
and to all those who contributed their voice or sounds, especially to Arno Virtanen, the Turku Shanty Singers and all the crew at the Titanik Gallery. Last but not least a big thank-you to Jonny and Sebastien of the M.S. Bore who offered their bright orange LifeBoats.

And some recent images of the project in-situ. 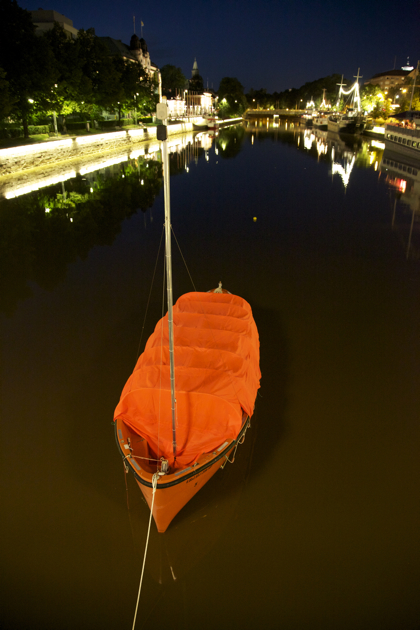 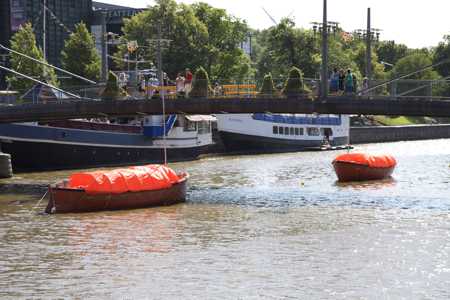 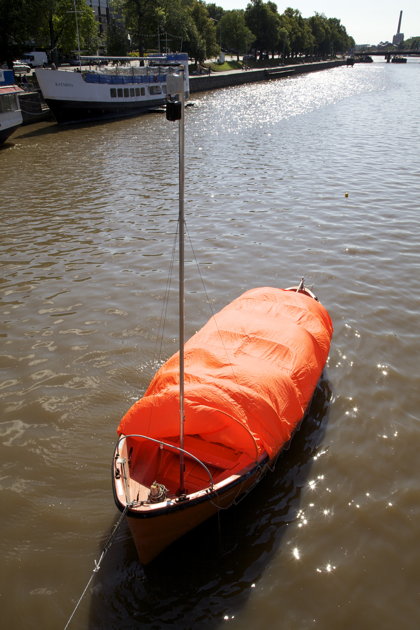