Time travel can be fun and instructive – here is a glimpse my first professional international solo exhibition, exhibited in 1980 at the Galerie Marina Dinkler in Berlin. Marina was a large and outgoing character, who arrived to greet me at the gallery entrance on a scooter that she used to zoom from the rear of the Hof to the front gallery – she didn’t once (as I feared) collide with the obstacle course that my installations presented. Niebuhstrasse is just off the Ku-damm in the heart of the old West Berlin, now when visiting the city I find it hard to imagine what I did to amuse myself as it is now nowhere near the cultural action (which is back in the Mitte and eastern parts). Still in those days Berlin as a pressure cooker and full of hidden and not so hidden pleasures. 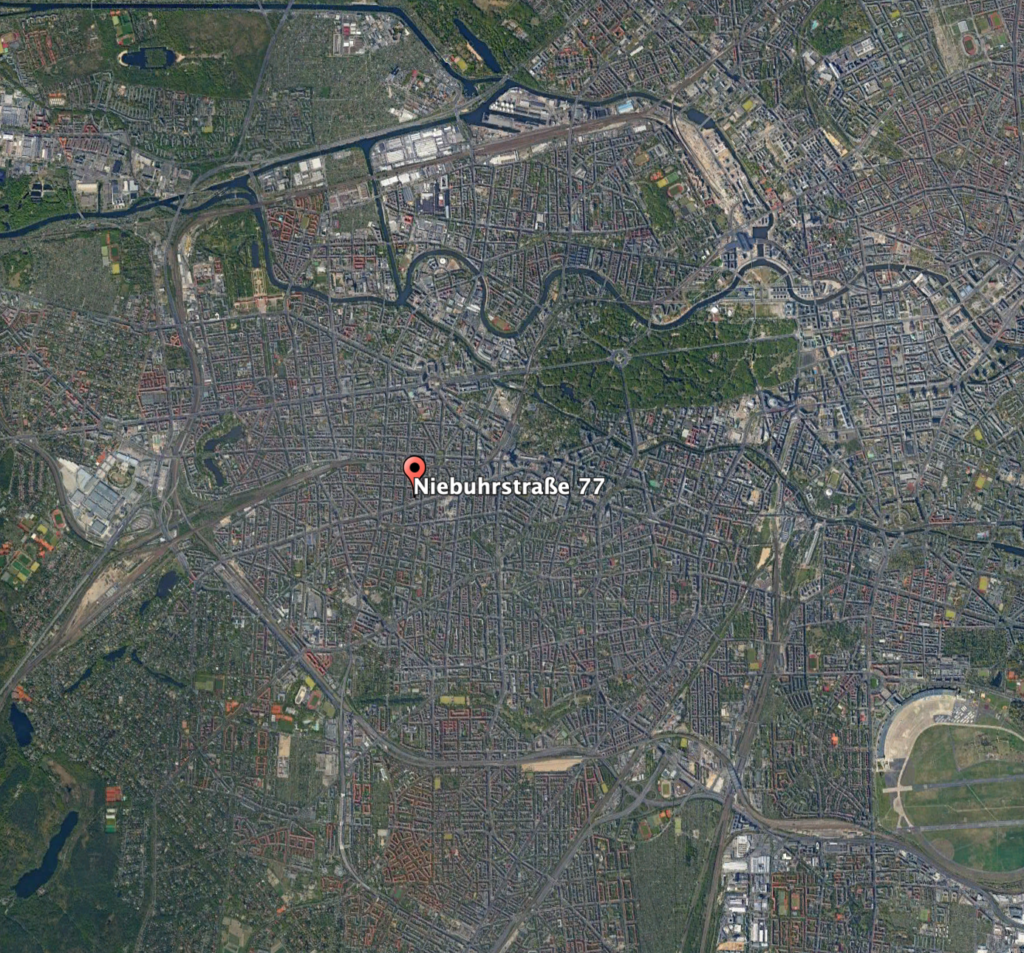 I recall building the installations  in my two room basement studio in Queensgate, a squat in a building owned by the Royal College of Art. Possibly the poshest place I have had a free studio in! Apart from the RCA itself where my seventh floor studio had a fine view towards Kensington High street and which even had a balcony. 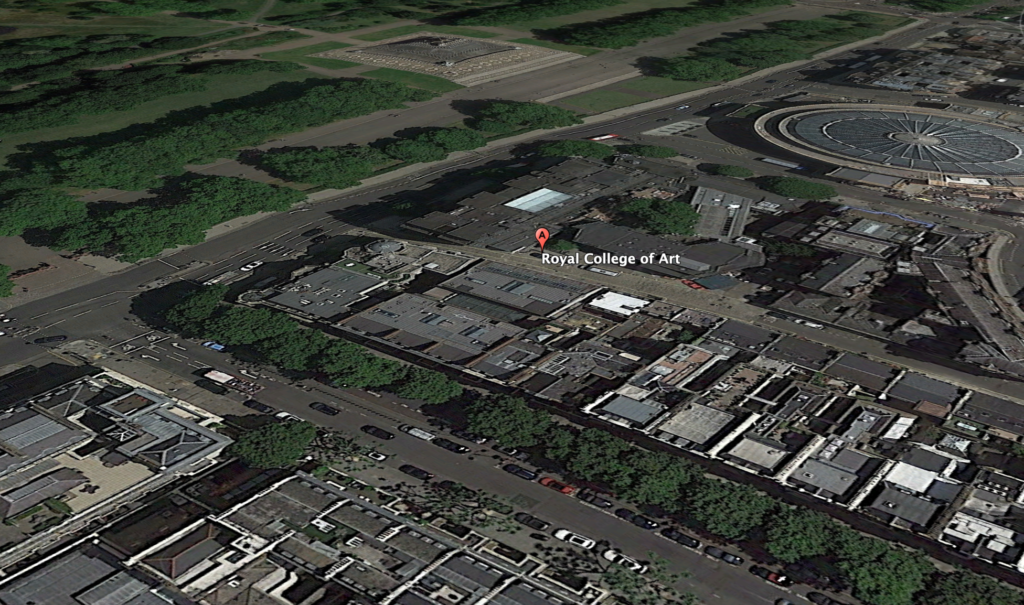 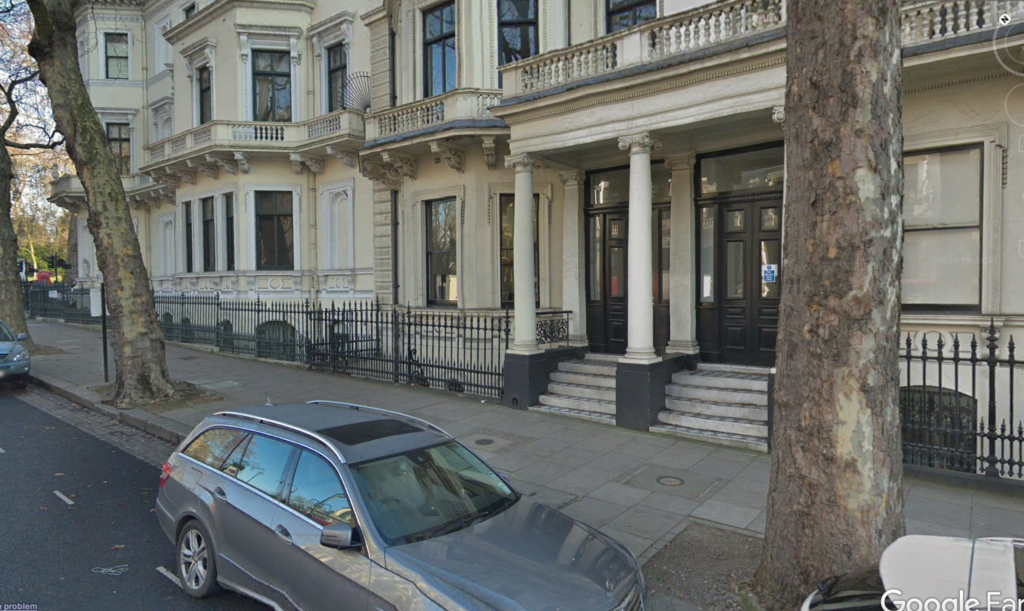 Middle of this image the stirs leading down to my studio.

Then a crazy trip with the two Georges in an unheated Transit van through Holland and down the East German corridor into snow covered Berlin. George the driver picked up a lady in a bar and disappeared for three days with the van and the exhibition – no one at the Gallery was too impressed, he finally returned with a self-satisfied grin on his face, oblivious to the torrent of criticism.

In the intervening forty years I have managed to loose most of the images, but here is one of the three works from the exhibition. 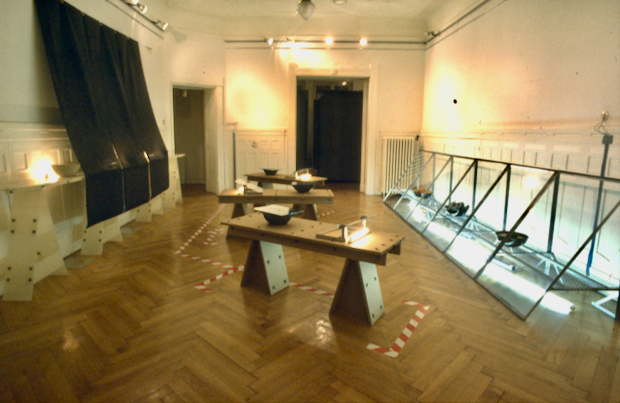 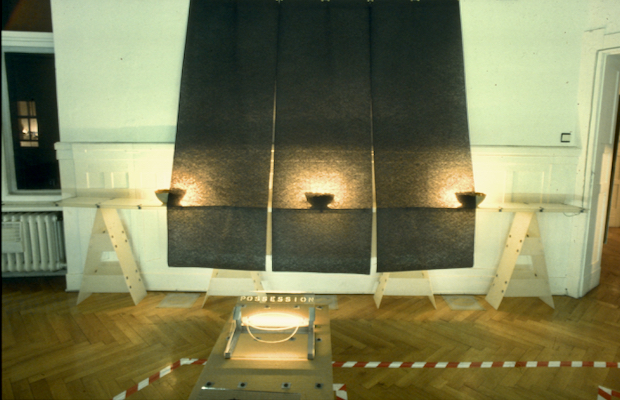 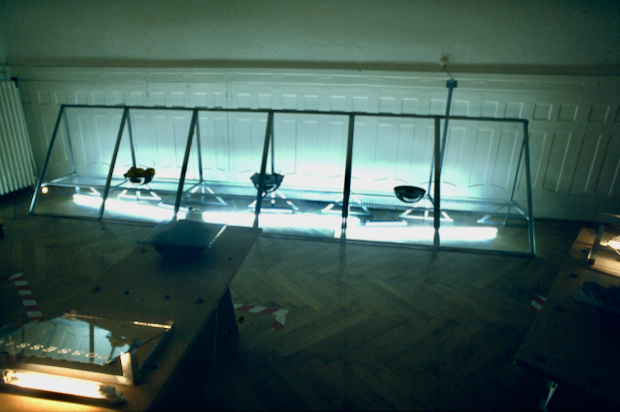